Two Days After Legislative Intern Testified ‘I Can’t Do This’ and Left Courtroom, Former GOP Lawmaker in Idaho Found Guilty of Raping Her 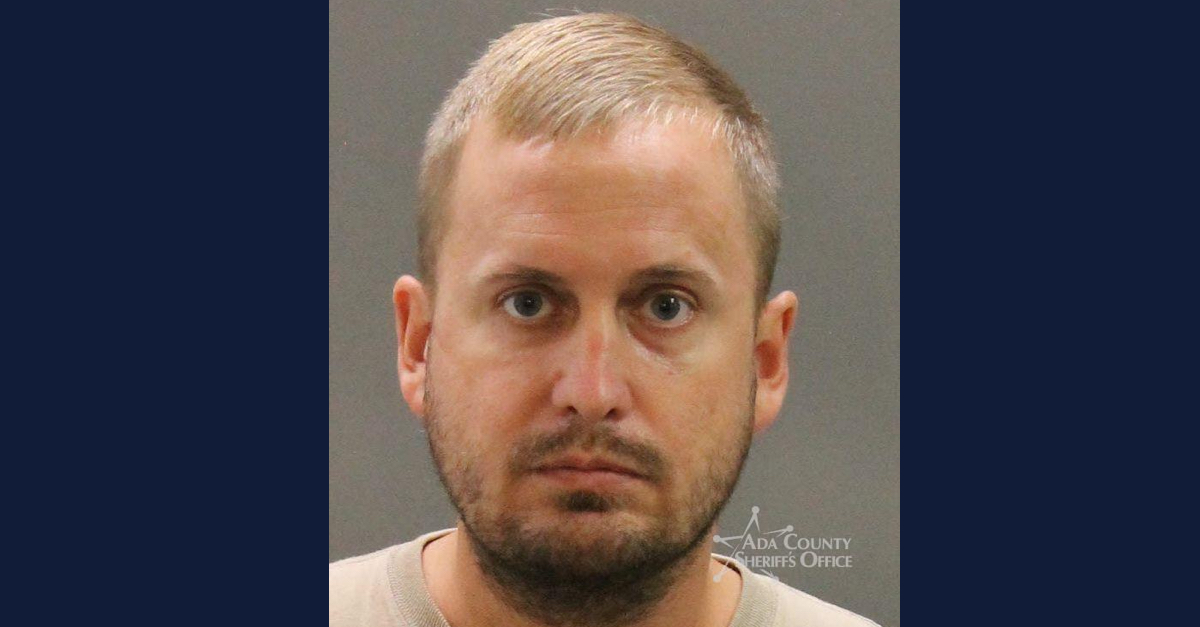 Following a four-day trial that included abbreviated testimony from his accuser, a Republican former state lawmaker in Idaho was found guilty of raping a legislative intern in 2021.

Aaron von Ehlinger, 39, was convicted Friday of raping a 19-year-old intern in March of 2021. The legislature was in session at the time, and von Ehlinger’s accuser, now 20, was a legislative intern.

She has not been publicly identified and is referred to as “Jane Doe” in local media reports.

“Jane Doe says on the night of March 9, she and von Ehlinger went out to dinner, but she doesn’t remember where,” reporter Katie Terhune, of local NBC affiliate KTVB, reported. “Von Ehlinger picked her up in front of the Statehouse.”

Jane Doe says on the night of March 9, she and von Ehlinger went out to dinner, but she doesn’t remember where. Von Ehlinger picked her up in front of the Statehouse.

Doe recalled the events of the night up to the point where she was describing what she alleged happened in the bedroom of Ehlinger’s apartment, but she reportedly became distraught and left the courtroom.

“I can’t do this,” Terhune reported Doe as saying before getting up and walking out of the room. When it became apparent that she wouldn’t return, Judge Michael Reardon indicated that he expected Jon Cox, von Ehlinger’s attorney, to request a mistrial, as the defense would not be given a chance to cross-examine Doe.

“Let’s talk about the elephant,” Reardon reportedly said before inquiring whether defense would ask for a mistrial.

“Not at this time,” Cox responded, according to Terhune.

In the end, Cox didn’t ask for a mistrial, and Reardon struck Doe’s testimony from the record and ordered the jury to proceed as if she hadn’t taken the stand at all, reports said.

Von Ehlinger took the stand in his own defense on Thursday. He said he and Doe were at dinner for about three hours, and afterwards they went back to his apartment. Prompted by Cox on direct examination, von Ehlinger described a sexual encounter that he said was entirely consensual and provided nearly step-by-step details.

“How short was the skirt?” Cox reportedly asked at one point, after von Ehlinger described taking his own clothes off.

The prosecution objected to the question, and von Ehlinger didn’t answer at the time, but according to the Idaho Capital Sun, he later said that Doe’s skirt was “not long.”

At the time of the assault, von Ehlinger, a Republican, was serving on the three committees in the Idaho House of Representatives: Agricultural Affairs, Commerce and Human Resources, and Revenue and Taxation. According to his official biography, he was appointed by Gov. Brad Little, also a Republican, in June of 2020 to fill a vacancy in the House.

After the allegations against von Ehlinger emerged, a House ethics committee voted for his censure and suspension for conduct unbecoming of a legislator. Von Ehlinger resigned from the House that same day.

Von Ehlinger was acquitted of sexual penetration with a foreign object. He faces up to life in prison on the rape conviction, and he will also be required to register as a sex offender.

The defendant was taken into custody after the verdict. He had previously been out on release on his own recognizance.