TikTok ‘Distress’ Signal from Teen Girl on Kentucky Interstate Led to Arrest of 61-Year-Old Man Who Kidnapped Her: Sheriff 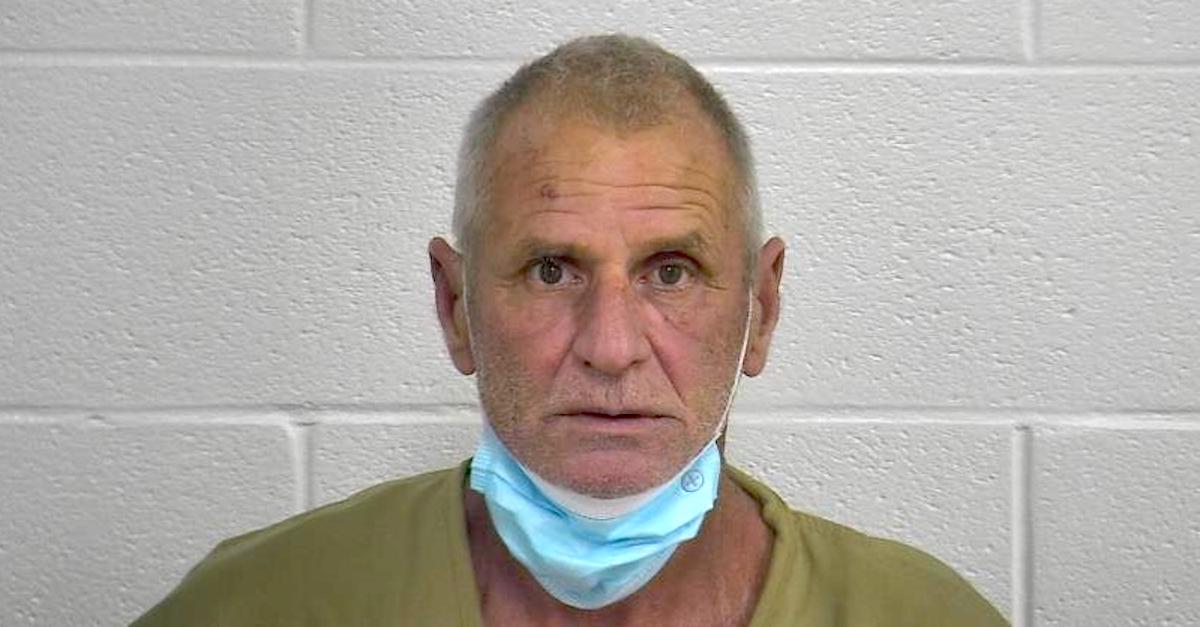 A hand gesture popularized on the social media platform TikTok led to the arrest on Thursday of a North Carolina man who now stands accused of falsely imprisoning a 16-year-old girl and possessing images of a sexual performance by a minor.

John Root, the sheriff of Laurel County, Kentucky, says a citizen called 911 to report that a teenage girl in a vehicle the citizen was following on Interstate 75 “appeared to be in distress.”  The caller said the teen was making what the sheriff described as “hand gestures” known to TikTok users “to represent violence at home — I need help — domestic violence.”  The caller said a male subject was driving the vehicle, the sheriff indicated on Facebook.

The caller gave updates on the vehicle’s location to 911 dispatchers as he followed it.  The updates allowed sheriff’s department Lt. Chris Edwards and Det. Robert Reed to meet up with the vehicle — a silver Toyota “passenger car — at the intersection of I-75 and KY-80 in London, Kentucky, as it exited the highway.  London is approximately midway between Lexington, Ky., and Knoxville, Tenn. on the aforementioned interstate.

The sheriff says an investigation revealed the following:

It was learned through investigation that the female passenger was a reported missing juvenile – reported by her parents on Tuesday morning missing from Asheville, North Carolina. A check through NCIC [the FBI’s National Crime Information Center] confirmed that she was a reported missing person. The female juvenile told Sheriff’s investigators that she had gotten with the male subject and traveled through North Carolina, Tennessee, Kentucky and into Ohio where the accused had relatives.

“When the male subject’s relatives realized that the female in his custody was under age and reported missing, the accused [Brick] left Ohio traveling southbound,” the sheriff’s Facebook post continued.

The girl tried to get the attention of passing motorists, the sheriff said; her tactic finally worked when someone traveling through his community understood the signals and called 911.

During the investigation, sheriff’s department investigators found a phone containing images which showed “a juvenile female in a sexual manner,” the sheriff alleged.

Brick is charged with first-degree unlawful imprisonment and possession of material depicting a sexual performance by a minor over 12 but under 18 (the latter as a first offense).

The sheriff noted that the investigation was continuing.

It’s unclear which hand signal the teen employed, but USA Today noted that some police agencies and the Canadian Women’s Foundation have suggested the following as a discrete way to ask someone to reach out to make sure you’re safe:

Isolation can increase the risk of violence at home. Use this discrete gesture during a video call to show you need help:

1. Hold hand up with palm facing other person.
2. Tuck thumb into palm.
3. Fold fingers down over thumb. pic.twitter.com/gsIgSbXOmc