Ashin Tricarico Allegedly Feared Being Shot During His Own Shooting Spree

Three-City Shooting Spree Defendant Claims Everyone He Shot At Was ‘Pointing a Gun at Him’: Police 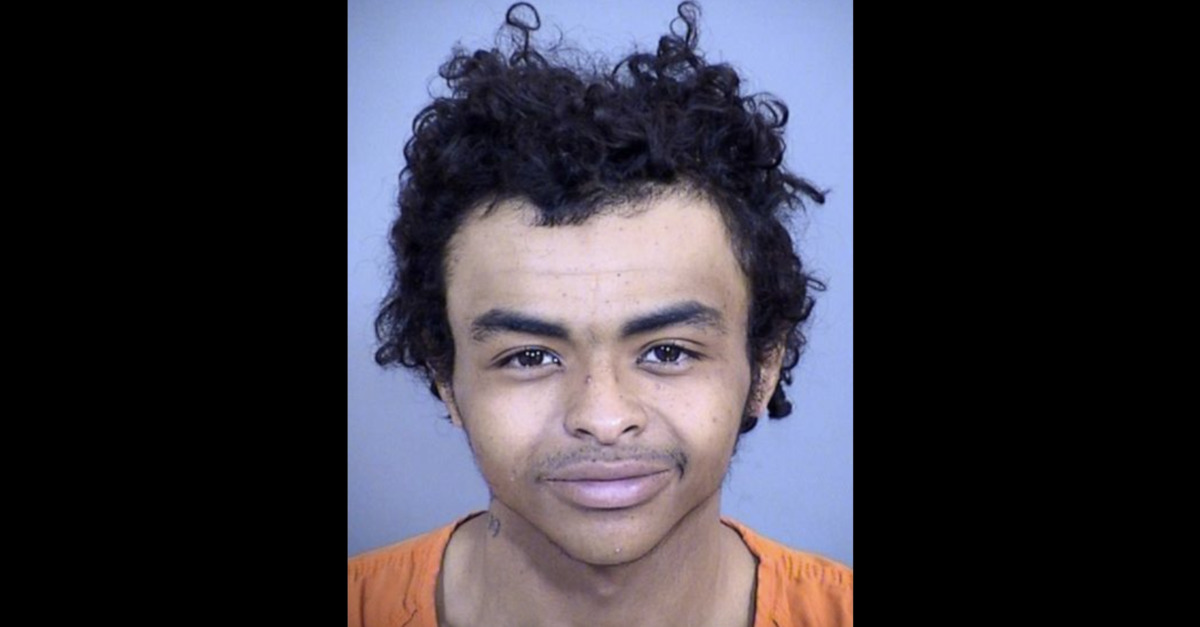 An Arizona teenager is believed to have killed one person during a drive-by shooting spree that injured several others earlier this week.

Ashin Tricarico, 19, stands accused of firing on multiple vehicles and pedestrians during a 90-minute rampage across three different cities in the greater Phoenix, Arizona metropolitan area on Thursday night.

Some twelve people were injured during eight shooting incidents, authorities say. Four people were directly shot by rifle fire–causing one man to veer his pickup truck into a canal next to a freeway.

The victims of the bizarre, disparate sprays and smatterings of bullets allegedly led by the man in his white Volkswagen SUV across the Grand Canyon State’s West Valley ranged in age from 19 to 56, according to law enforcement. One 56-year-old man was killed by the gunfire; three others suffered gunshot wounds; the eight additional victims were reportedly injured by broken glass and shrapnel.

Tricarico, for his part, has reportedly admitted to some of the shootings while disclaiming any responsibility for some of the others.

According to local NBC affiliate KPNX, the defendant admitted to two of the eight shooting incidents but clammed up when asked about whether he was involved in the incident where the 56-year-old died. The victim in that shooting was found bleeding from a bullet wound in the left side of his neck.

The defendant’s partial confession, however, appears to be predicated on a belief that he is constantly being followed by shooters in the streets of Arizona who are intent on taking him out over an earlier shooting incident from early May in which he shot a customer while working as a licensed and armed security guard at a restaurant.

“Ashin thinks every vehicle and person he drives past is pointing a gun at him,” court documents obtained by ABC News allege.

The Phoenix Police Department, in a statement, noted that Tricarico “was asked to deal with a male customer who was reportedly intoxicated and causing a disturbance.”

That customer allegedly charged at Tricarico after he was confronted over his behavior while police were on the way. The security guard turned defendant then fired and struck the allegedly belligerent drunk and wounded him with a non-life-threatening injury. Tricarico claimed self-defense, and the incident is still under investigation.

The subsequent shooting spree began to take shape after an “unknown male” is said to have pointed a gun at the defendant at a car wash on Thursday morning. Tricarico said this threat prompted him to buy ammunition for his AR-15-style rifle, the charging papers allege.

Shortly after that, police claim Tricarico shot at a woman who was driving a black Kia with her three-year-old daughter in the back seat. The child wasn’t hurt but the mom was injured by shrapnel fragments.

At least two people are said to have shot back.

Richard Valencia, 34, told local Fox affiliate KSAZ that he was shot once in the shoulder and then shot back three times.

“I don’t even know the guy,” he said. “It was completely random.”

“The guy shot me,” Valencia added. “He was in a white vehicle, I heard four or five shots. After I felt the shot, I pulled mine out, let three off back at him.”

Tricarico was arrested on Thursday and appeared in a digital arraignment on Friday. During that initial appearance, he was ordered to contact the Maricopa County Office of the Public Defender.

The defendant faces charges of murder in the first degree, shooting from a vehicle, aggravated assault, and endangerment. His next court date is scheduled for June 24.