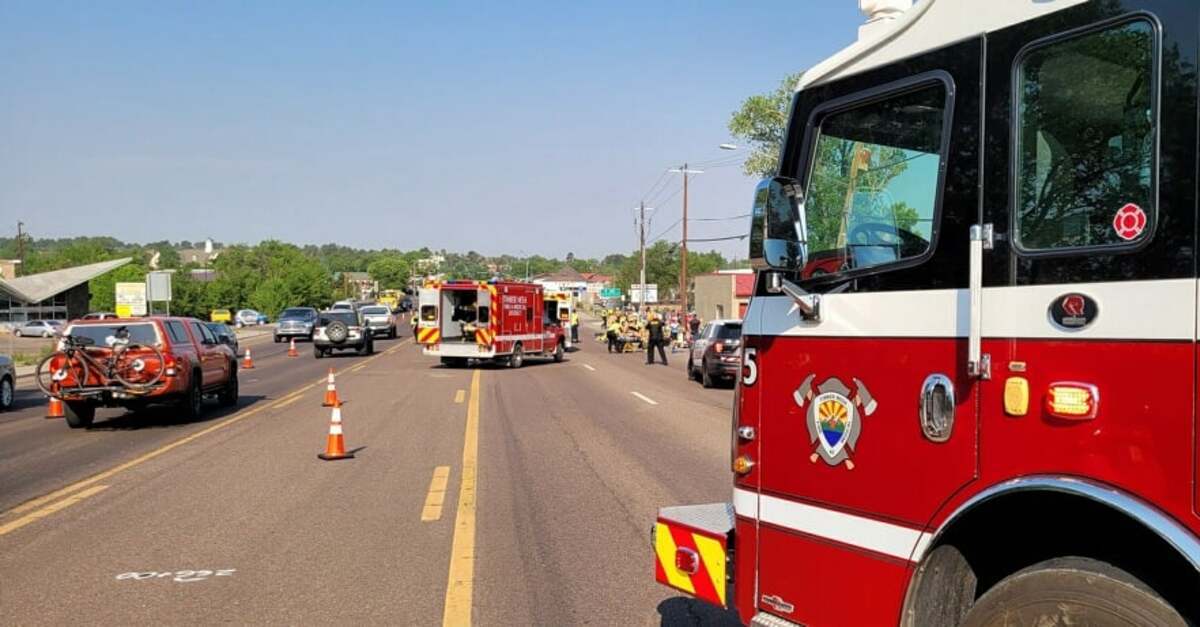 Several cyclists were injured during the early morning hours of a championship bike race in east central Arizona after a pickup truck driver plowed into them for no known reason.

“Mass Casualty Incident in Show Low near Downtown 9,” paramedics said via Facebook. “Use extreme caution in the area. Multiple ground and air resources on scene.”

Show Low is located in Navajo County, Ariz. and is home to the 13th Annual Bike the Bluff Arizona State Championship Road Race.

According to the Show Low Police Department, a black Ford F-150 Super Duty struck several cyclists in front of the Horne Auto Collision Center at around 7:25 a.m. on Saturday.

“The suspect then fled the scene in the vehicle,” the SLPD wrote in a press release posted on Facebook. “Officers attempted to stop the suspect which ultimately led to the suspect being shot.”

Nearly 300 cyclists signed up for the event; it is currently unknown exactly how many were actually struck by the truck driver.

At least six victims were transported to a nearby hospital by Timber Mesa Fire and Medical District personnel. Four of those victims are said to be in critical condition; two are said to be critical but stable. A seventh victim was airlifted away from the scene to a hospital in Phoenix nearly 200 miles away, according to police.

Two others were slightly injured by the truck and made it to the same local hospital themselves as walk-ins.

The driver is said to be a 35-year-old white man. He is currently in critical but stable condition, according to law enforcement.

“Our community is shocked at this incident and our hearts and prayers are with the injured and their families at this time,” SLPD spokesperson Kristine Sleighter said in a statement obtained by Phoenix-based Fox affiliate KSAZ.

Authorities first altered the public to the incident in a “community alert” posted on Twitter.

“West bound lanes of HWY 60 in front of Horne Auto Collision Center are closed due to vehicle vs bicyclist incident with multiple injuries,” the SLPD tweeted. “PLEASE avoid the area to allow first responders to perform their tasks. More information to follow as obtained.”

The latest update from authorities doesn’t contain much additional information about the suspect or the victims, but it does thank those who helped respond to the bedlam:

Thank you to all first responders who supported [sic] during this shocking incident. Also, thank you to all citizens who have generously offered their assistance. Please continue to monitor our Facebook page for updates. We know everyone is looking for more details on today’s incident. Rest assured, we will share information as quickly as available. Please keep all the victims in your prayers.

The incident is being investigated by the SLPD, the Navajo County Sheriff’s Office, and the Arizona Department of Public Safety.

The driver was ultimately shot behind an ACE Hardware store in the area.  Police have not provided any additional details beyond the suspect being shot there.

No motive has yet to be established for the vehicular rampage.