‘This is My Fault’: Babysitter Allegedly Admits Beating Friends’ 9-Month-Old Baby to Death While Parents Were at Work 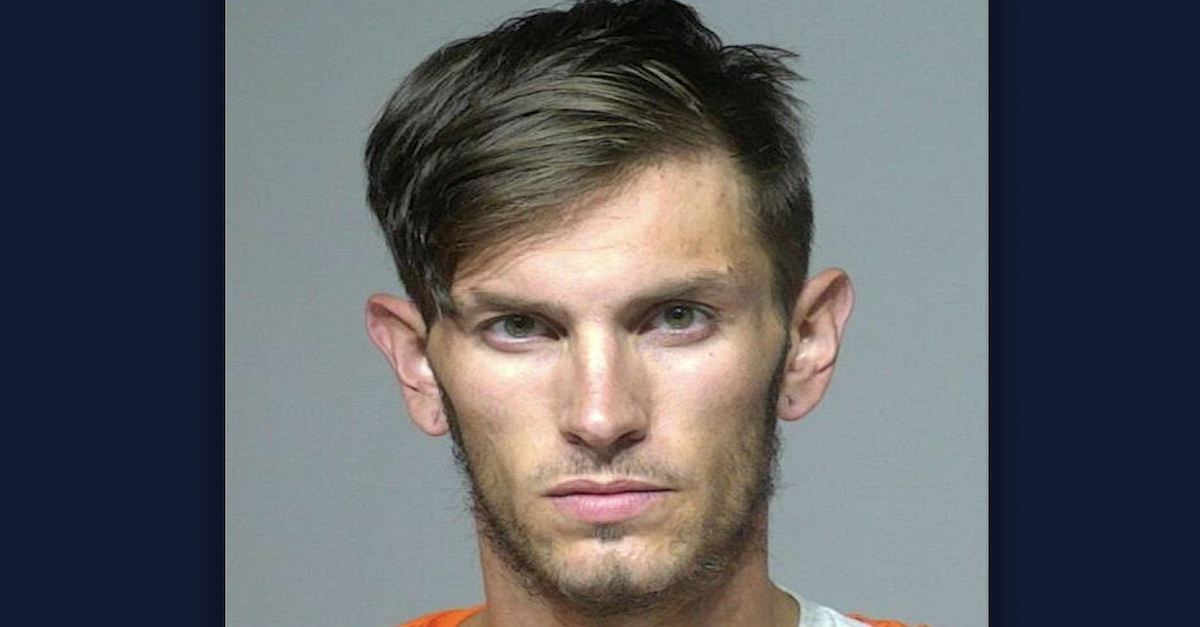 A 24-year-old Wisconsin man is behind bars this week for allegedly beating an infant to death while he was babysitting the child, authorities say. Anthoni Cirra was taken into custody on Sunday and charged with a slew of crimes, including one count each of first-degree reckless homicide and neglecting a child (consequence is death) in the death of 9-month-old Lochlan Steffes, court records reviewed by Law&Crime show. He’s also accused of bail jumping, the records indicate.

According to a criminal complaint obtained by Milwaukee CBS affiliate WDJT-TV, Lochlan on the morning of July 7 was brought to the emergency room at Children’s Wisconsin and admitted with an array of severe injuries. The baby was reportedly unconscious and not breathing, with authorities describing his injuries as “life-threatening and highly concerning for child physical abuse.”

The following day, doctors took Lochlan off of life support and he was pronounced dead at approximately 7:19 p.m., police said. A preliminary evaluation reportedly determined that the boy suffered a significant brain injury “consistent with sustaining blunt force trauma to the head.”

The child’s mother reportedly told police that after being introduced to Cirra through a mutual friend, Cirra helped her and Lochlan’s father get jobs at his place of employment. On July 6, both of Lochlan’s parents had to work and Cirra, who had the day off, reportedly volunteered to watch the baby. He reportedly picked the couple up at approximately 8:30 a.m. and dropped them off at work. They left him with Lochlan and a diaper bag containing diapers, formula, clothes and baby wipes. He reportedly brought the child to his home located in the 1500 block of S. 3rd Street.

Cirra reportedly picked up Lochlan’s parents at approximately 4:30 p.m. The boy’s mother reportedly noticed newly sustained bruises on Lochlan’s arm and said that the child’s breathing was “labored and spaced out,” according to the affidavit. She asked Lochlan about the injury and he “claimed to not know what caused the bruise on the child’s arm,” the affidavit states, per Milwaukee FOX affiliate WITI.

That evening the baby’s condition continued to worsen and Lochlan’s mother reportedly grew increasingly concerned. When she said that she wanted to take Lochlan to the hospital, Cirra reportedly told her that she was “overreacting.” Later that evening, the baby’s mother told the father that they should take Lochlan to the hospital, but he reportedly told her it would be “rude” to wake up Cirra unnecessarily for a ride to the hospital. At approximately 5:30 a.m. the mother said Lochlan’s breathing became “more of a snore,” which led her to believe he was doing better.

On the morning of July 7, Cirra reportedly woke up Lochlan’s parents after finding the baby unresponsive with pale skin and blue lips. As the boy’s mother performed CPR, Cirra reportedly “said that he made a mistake” and exclaimed, “This is my fault.”

When investigators on July 8 told Cirra that Lochlan would likely die from his injuries, Cirra reportedly said that “he dropped the car seat holding (the child) on the front porch steps. The car seat landed on its side at the bottom of the steps, but (the child) was not injured and appeared fine,” according to the complaint. Police noted that it was “the first time Anthoni Cirra ever disclosed a fall.”

Cirra additionally told investigators that “he placed the child on the floor and his head struck the floor” when he tried to give Lochlan a bath, per WDJT. He also reportedly called his girlfriend and complained that the baby wouldn’t stop crying.

Cirra appeared in court on Tuesday where a judge set his bond at $50,000, according to jail records. He is scheduled to appear again on July 18.

The child’s parents were also arrested, but the Milwaukee County District Attorney’s Office has not yet decided whether to bring charges against the couple.