‘This is Child Abuse’: Teenage Couple Charged After 5-Week-Old Infant Daughter Was Discovered with 16 Fractures and Broken Arm 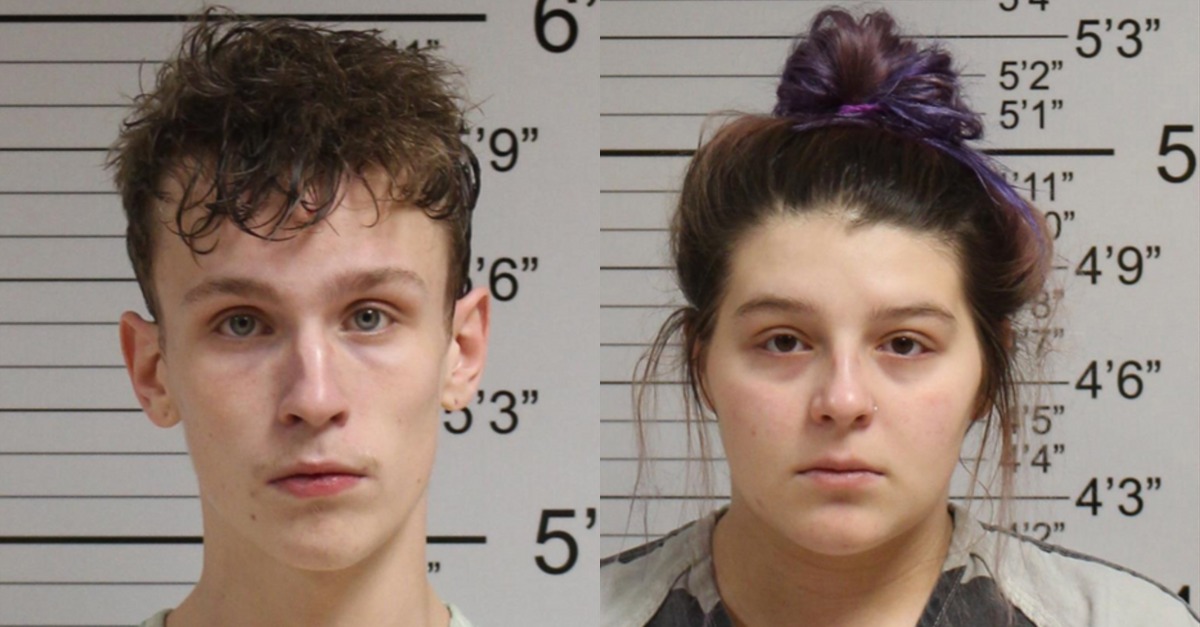 A teenage couple in Pennsylvania has been charged with child abuse after a newborn baby was found to have 16 fractures.

Robert Oaks Jr., 19, and Sylvia Kutchman, 18, each stand accused of felony aggravated assault and endangering the welfare of children. They have also been charged with relatively minor counts of simple assault and recklessly endangering another person.

The Nanty-Glo Borough Police Department says it was apprised of extent of the five-week-old child’s injuries by a doctor who worked at UPMC Children’s Hospital of Pittsburgh. The couple reportedly first took the baby to Conemaugh Memorial Medical Center for treatment of an arm injury that turned out to be a broken arm — but allegedly refused to transport the infant to Pittsburgh themselves.

The physician who made the call was blunt in her diagnosis, The Tribune-Democrat, a local newspaper, reports.

“This is child abuse,” Dr. Rachel Berger said in her report.

A police report obtained by Johnstown, Pa. NBC affiliate WJAC quotes the doctor who reported the alleged abuse on Nov. 12 as saying, “this has to be abuse, no normal care could cause these injuries and in these stages of healing . . . there is no evidence of any underlying medical condition which would predispose her to these fractures.”

Police allege Kutchman told medical personnel that Oaks was “too rough with her,” in reference to their newborn little girl.

According to local CBS affiliate WTAJ, there were some prior signals of trouble.

On Nov. 5, Blacklick Emergency Medical Services personnel and NGBP officers arrived at the parents’ home in order to deal with a “traumatic injury” to the child. Oaks allegedly told police that day that he heard a “pop” while he was swaddling the girl as well as making a comment about not knowing his own strength. During that visit, Kutchman allegedly made the first iteration of a phrase she would later repeat, saying that Oaks was “too rough with the baby.”

But, since the baby was up and moving on her own, lacking bruises and not crying when authorities arrived, the initial visit ended with a decision that Cambria County Child & Youth Services should follow up.

Exactly one week later, though likely before, her arm was definitely broken. A Facebook video allegedly posted by Kutchman on Nov. 9 shows the girl with an immobile left arm, according to WTAJ.

Then the doctors found the fractures.

On Nov. 16, during a meeting with CYS, the defendants said they had no idea how the girl was so injured. They allegedly suggested it “must be brittle bone disease” and said their dog jumped on the child.

According to police, the fractures would have been caused sometime between the evening of Nov. 11 and Nov. 12, alleging that Oaks and Kutchman were the only ones around their girl during that time.

The acute arm injury, however, was given a wider berth of a timeframe, likely occurring between Nov. 5 and Nov. 13, police said.

The defendants are currently being held in Cambria County Prison in Ebensburg, Pa. Both Oaks and Kutchman failed to post bail, which was set by District Judge Michael Musulin at 10 percent of $200,000. Their preliminary hearing in the case is currently slated for Nov. 22.