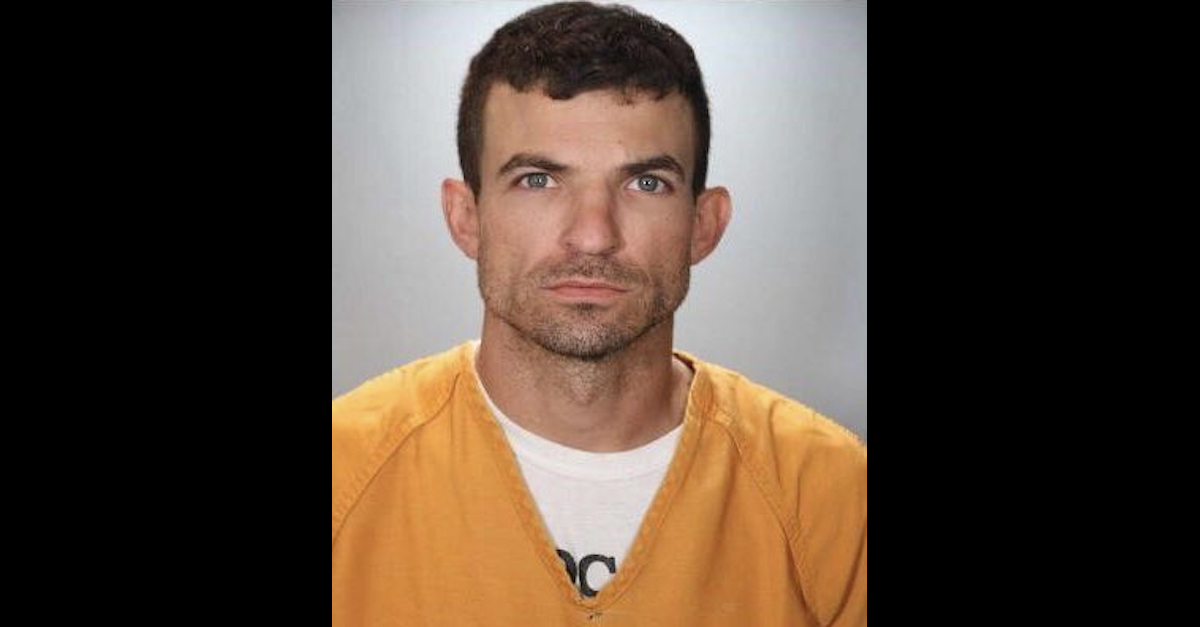 Jacob Clare appears in a mugshot released by the Tennessee Bureau of Investigation.

A Kentucky man who was wanted for allegedly kidnapping his 3-year-old son and 16-year-old niece has been arrested and subsequently charged with two counts of sexual assault against children in California.

Jacob “Jake” Clare, 35, is the father of Noah Clare, 3, as well as the uncle of Amber Clare, 16. Law enforcement agencies in two states previously alleged the defendant kidnapped his son from Tennessee and kidnapped his niece from Kentucky earlier this month.

The cross-country kidnapping case involved investigators across four states before the AMBER Alert was called off. Police in Michigan originally believed the Clares were headed their way — almost the complete opposite of where they were ultimately found.

The children were allegedly abducted on Nov. 5. Police say Jacob Clare took Amber Claire with him when he was supposed to drop Noah Clare off in Gallatin, Tenn., but just kept driving instead.

“It was his scheduled time to have Noah,” the boy’s mother, Amanda Ennis, said. “And then he just never brought Noah home on Sunday.”

On Friday, the defendant was charged with sex with a minor with special circumstances and oral copulation with a victim under 18, according to Nashville NBC affiliate WSMV.  The charges were lodged by the Orange County Sheriff’s Office in California, the television station said.

Orange County Sheriff’s Office deputies arrested the defendant after receiving a tip from a “concerned” citizen.

“You just have to trust your instincts and gut,” Julia Bonin told City News Service, a SoCal regional wire service. “I almost didn’t act on it.”

The woman said she was about to go volunteer at her son’s school when she had second thoughts about the boy she had seen near the beach roughly 10 minutes earlier. That beach was Doheny State Beach, popularized in the Beach Boys song “Surfin’ USA.”

The boy was Noah Clare.

Bonin, who follows the local sheriff’s office on social media, returned to find the trio walking along the Pacific Coast Highway. She then took a picture of the group and compared the image to the children’s AMBER Alert pictures. Then she dialed 911.

Police converged on the area within minutes and the suspect was taken into custody without incident.

“I believe he took advantage of her and messed with her mind, and I don’t know the easiest nicest way to say it, but prime her, make her, twist her mind,” she told Nashville-based ABC affiliate WKRN.

“Jake made it seem like unless he was around, she was not happy,” Bravata added in comments to NewsNation. “Before him, she used to be happy all the time, then he came around and worked his sick, twisted stuff, and when he was gone, she went into her room all the time and wasn’t very happy anymore.”

Bonin said her original apprehension about calling police quickly subsided as she realized she made the right call — a literal call — and recalled some bliss as the incident died down, saying she then “sat on the beach, watched the waves; it was a beautiful moment.”