This Driver Killed Woman in Hit-and-Run While Fleeing Another Hit-and-Run: Cops 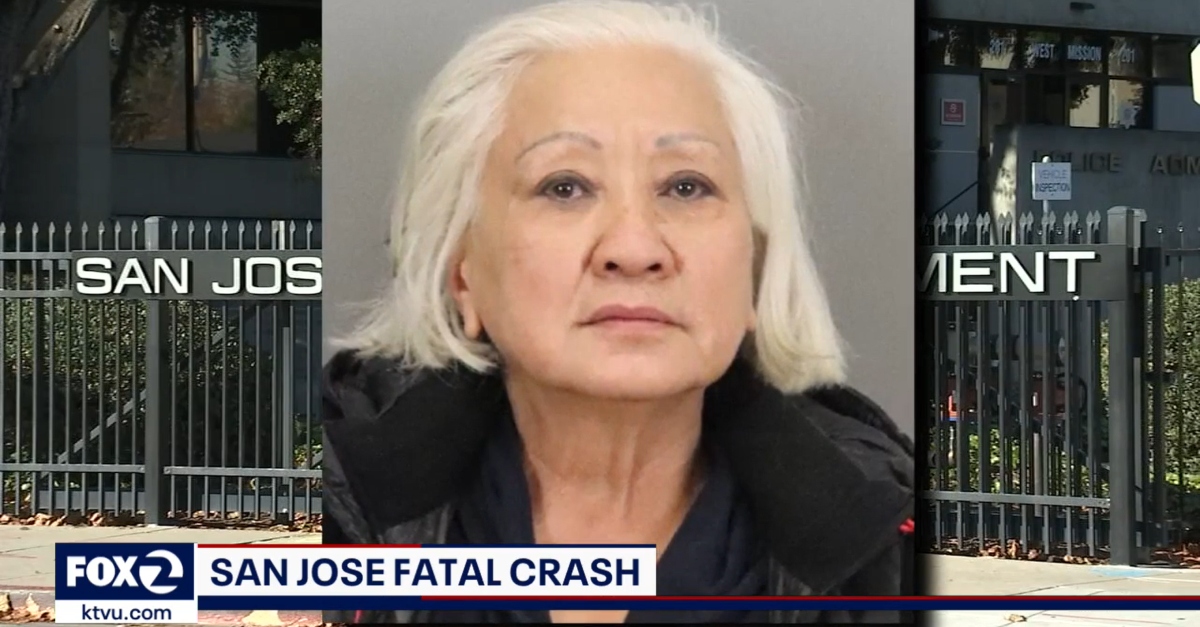 A driver fled the scene of an accident, only to kill a woman in another one, according to police in San Jose, California. Lynn Nguyen, 71, fatally rear ended Hillary Lopez, 35, in the tragic incident on Thursday, cops said in a KTVU report.

“Things just get so much worse when people leave the scene of a crash,” San Jose Police Officer Steve Aponte told the outlet. “In this instance, it caused the fatality of an innocent person who was just traveling on our roadways.”

The story from cops is that Nguyen got into an initial non-life threatening crash, but she fled instead of stopping. She then went northbound on Senter Road in her 2005 BMW 530i, but then she collided into Lopez’s 2016 Toyota Prius, officers said. Again, she allegedly did not stop, and she instead kept driving until her vehicle quit on her.

Paramedics tried to save Lopez, but she died at the hospital, police said. Nguyen sustained injuries, but those were non-life threatening, cops said.

Woman in BMW hits car and drives off, then crashes into Prius near Senter & Wool Creek, killing woman driving the Toyota, per @SanJosePD. Suspect booked on suspicion of vehicular manslaughter & hit-and-run pic.twitter.com/tovFi74cQk

Nguyen was booked into the Santa Clara Jail for vehicular manslaughter, and two counts of felony hit-and-run. Online records show she remains locked up without bail. She is scheduled for a court date to take place Tuesday at 12:00 p.m.