‘This All Made Sense’: Police Finally Unravel Mysterious 1988 Cold Case Murder of S.C. Socialite and Legal Scion Who Was Stabbed 37 Times in Her Mansion’s Kitchen 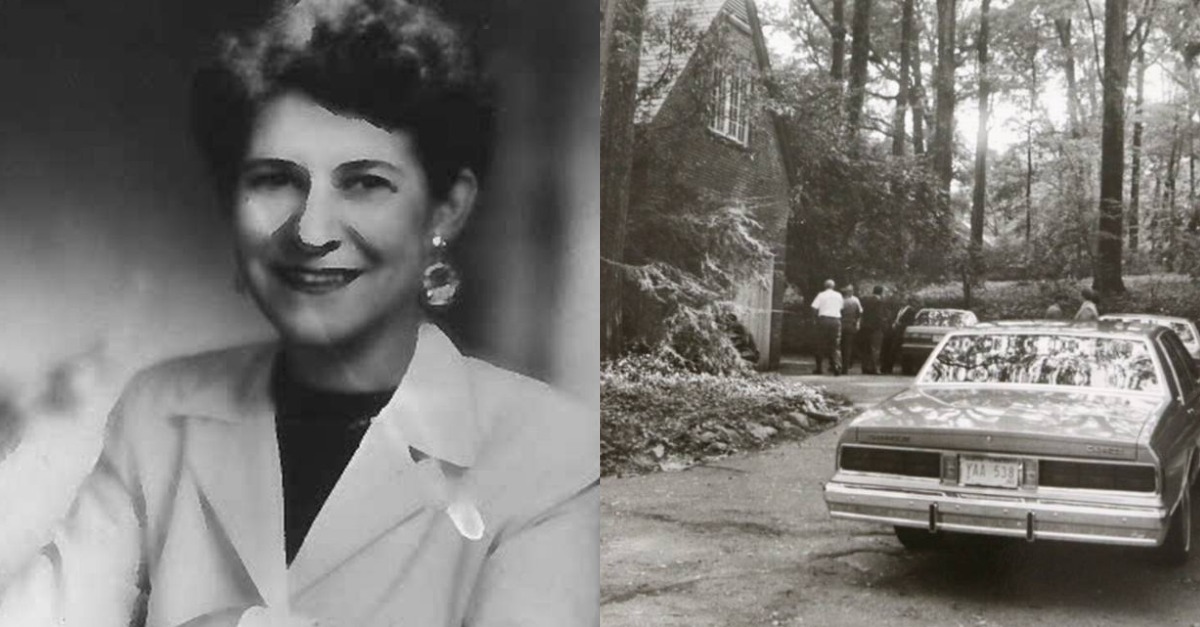 Alice Haynsworth Ryan was 80 years old when she was stabbed to death, 37 times, in her manse-like kitchen way back in 1988. Now, police in Greenville, South Carolina have finally closed the case.

The scion of a prominent South Carolina legal dynasty was killed by serial burglar Lamar Green, who himself died months later, authorities claim. Ryan was the daughter of an attorney whose name still adorns a prestigious law firm in the area. She was also the aunt of a prominent judge who was almost placed on the federal bench–but whose nomination went south during Richard Nixon’s waning days in office.

Police do not think Ryan was targeted for who she was. Rather, the violent incident is thought to have been a simple crime of opportunity–the house itself being the target due to its size, largesse and for outwardly appearing vacant at the time of the brutal murder.

The killer eluded investigators due to a number of missteps, little evidence left behind and a randomness not normally seen at that time in a small Southern city like Greenville.

Police now believe Ryan’s house — not Ryan herself — was targeted because days-old newspapers were left on her porch. The killer likely did not suspect she was inside.

Green was allegedly a suspect from the beginning but was shot and killed by his mother-in-law while he was pointing a gun at other members of his family. The homicide was declared justifiable under the circumstances and the investigation ploddingly moved on.

But Green had a partner that day–and it was this partner who would eventually lead to the cold case’s long-awaited conclusion.

Brian Munns was seen with the long-dead killer on the day of the robbery-turned-murder. The second man, however, had a way of keeping his mouth shut. He was a veritable career criminal who, according to the State, “had a record of convictions for larceny, strong arm robbery and criminal sexual conduct.” Munns, investigators came to learn, had spent time in Greenville for the weeks leading up to Ryan’s murder. For awhile, police eyed him for the slaying.

That’s because, after the case was reopened in 2017, DNA testing conducted in 2018 turned up a match for Munns.

Ryan’s car, it turned out, had briefly been stolen on the day she was killed. It was quickly abandoned nearby but contained some clothing, a screwdriver, a butcher knife and a cigarette butt. Those items were locked away in police storage for decades and never tested until a few years ago. After the crime lab results came back, Munns was charged with Ryan’s murder. He had previously been arrested and charged with theft of the car and accessory after the fact of murder.

But even after being booked and charged, he retained his silence on advice of counsel. Until he fired his first lawyer.

While local prosecutors prepared for trial and were just about to proceed, Munns took his new lawyer’s advice and told authorities his side of the story. He admitted to being in the car with Green on the day in question because the killer was trying to sell it to him. But, Munns insisted, he never set foot in the Ryan mansion that woud eventually become a well-known funeral home in the area. Green was the man with blood on his hands, he said. Police believed him.

“Based on the evidence, we felt this all made sense,” Deputy Solicitor William McMaster said in early December.

In September, Munns pleaded guilty to misprision of a felony for not reporting the crime he kept secret for decades. He was sentenced to four years in state prison and got out with time served.

“You just don’t have that type of murder every day,” Buddy Burgess, a detective who worked the case in the early days, told the State. “Lot of legwork. We worked every angle. We just couldn’t put it together.”