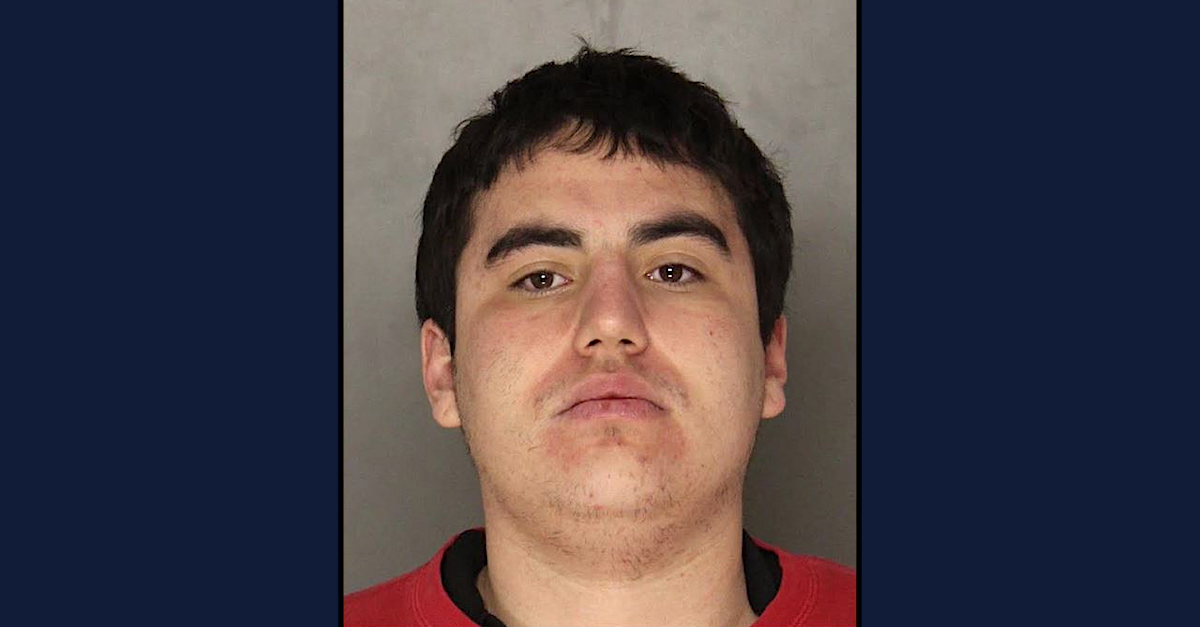 The mother of a murdered Pennsylvania man is suing the parents of her son’s suspected killer — as well as a marriage therapist who allegedly helped hide evidence in the case. That’s according to local reports from reports from TribLive.com and from Pittsburgh NBC affiliate WPXI.

The plaintiff in the case is reportedly T. Lee Rouse, the mother of Christian Moore-Rouse. Moore-Rouse was in his early 20s when he disappeared in late December 2019. (Some reports say the victim was 21; others say 22.)  A Pennsylvania State Police K-9 officer discovered Moore-Rouse’s remains near the home of suspect Adam Scott Rosenberg, now 23, in Fox Chapel, Pa., in early March 2020. Rosenberg was accused of killing Moore-Rouse after inviting him to the home to play video games and smoke marijuana, according to TribLive, a regional Pennsylvania newspaper and online news consortium.

Rosenberg was also charged with killing another man, Jeremy Dentel, in a separate case in February 2020.

Rouse believes that Dentel might still be alive if Rosenberg’s parents had been forthright about what they allegedly knew about their son, according to TribLive’s report on the lawsuit. 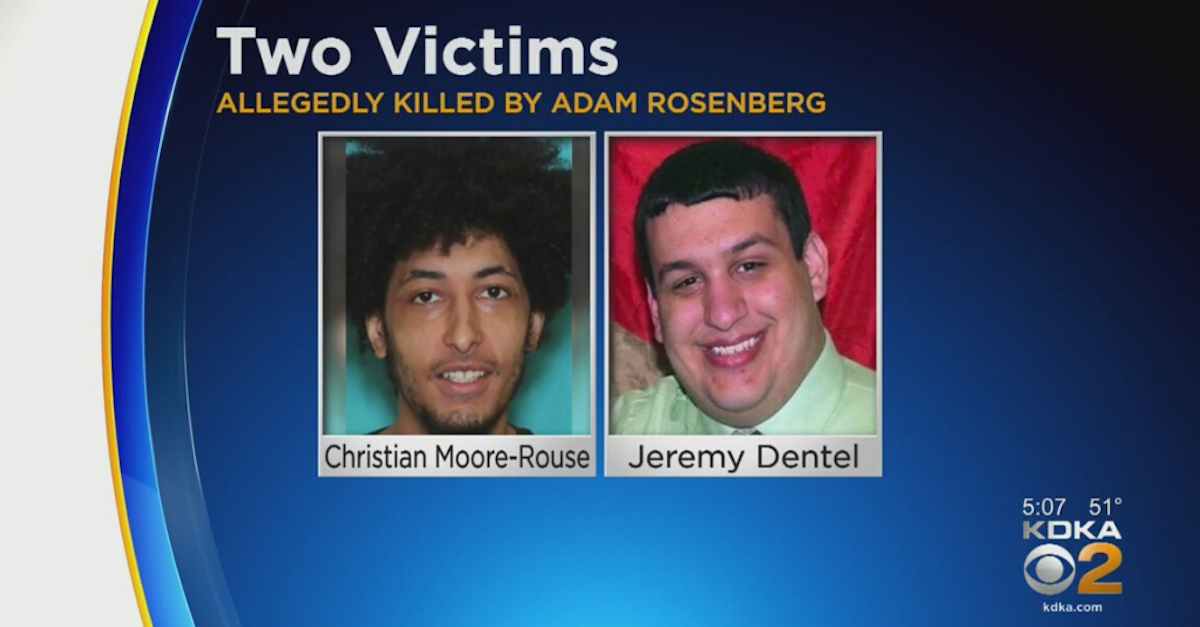 Prosecutors offered Rosenberg a guilty but mentally ill plea deal in October, reports indicate. However, according to court records reviewed by Law&Crime, jury trials in both matters — the Dentel case and the Moore-Rouse case — are scheduled to begin on May 9, 2022.

According to the recent reports, Moore-Rouse’s mother is accusing Rosenberg’s parents and Martha Laux, a marriage therapist who counseled the Rosenberg parents, of concealing evidence of the alleged crime. Their collective actions allegedly stalled the investigation and resulted in a drawn-out search for Moore-Rouse’s body, the lawsuit claims.

WPXI reported that Mark Homyak, Rouse’s lawyer, indicated that Rouse “is devastated her son’s remains were out in the woods longer than they had to be.”

“Laux falsely told the police she had found a loaded magazine and the unloaded gun on a trail off of Southridge Drive in North Park while walking her dog,” the lawsuit continues, again per WPXI.

It further claims that Laux lied to the police in an ill-fated attempt to either “prevent or delay the arrest and prosecution of Adam Rosenberg,” according to a WPXI synopsis of the document.

Homyak told the television station that any “duty of confidentiality” owed by Laux to the Rosenberg parents “end[ed] when there’s a crime proposed during the session.”

“The counselor has a duty to tell the client not to commit the crime and certainly not to participate in it,” the lawyer continued, according to the television station’s report.

Homyak, the plaintiff mother’s attorney, did not respond to a Law&Crime telephone call Thursday morning seeking a copy of the public court filing.  As of the time of this writing, the case itself does not yet appear on a statewide online court docket.

But Homyak told WPXI that the Rosenberg parents pleaded the Fifth during depositions when they were asked about the gun.

The television station said it could not reach the Rosenbergs for comment. Because the case has not been docketed, it is unclear who their attorneys are. TribLive said Laux did not comment on the lawsuit when reached on Wednesday.