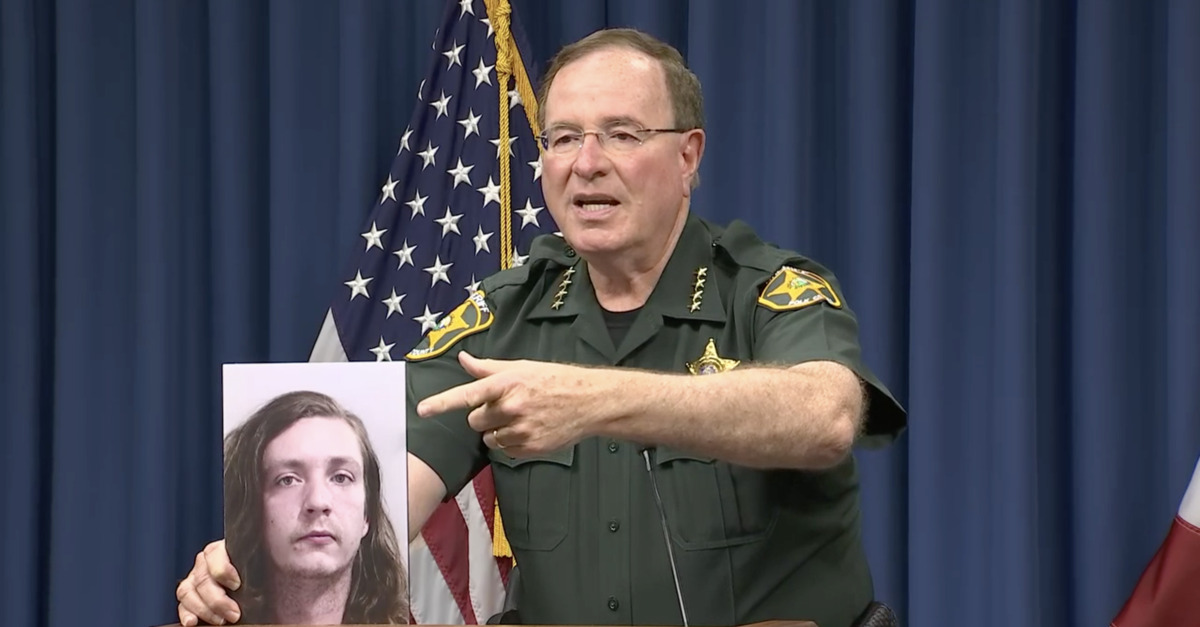 Sheriff Grady Judd points to an image of Ian Gadd.

Ian Gadd, 23, stands accused of repeatedly sexually abusing a child who “he had access to,” according to the Polk County Sheriff’s Office.

According to law enforcement, some 89 images and videos of children as young as three years of age being sexually abused were discovered on the defendant’s electronic devices after a search warrant was executed at his home in Lakeland, Fla. late last week.

Polk County Jail records reviewed by Law&Crime as of this writing, however, suggest the charges have yet to be formally filed.

“Instagram not only blocked him, they reported him to [the National Center for Missing and Endangered Children],” Judd explained during the press conference. “I want to thank Instagram because they reported him. We found a very young baby that he was actively sexually battering and in fact had their photograph.”

The sheriff said that Grady only stopped transmitting child pornography because he was blocked by the social media website.

The three additional suspects arrested in the sting operation–similarly following the execution of search warrants at their homes in order to obtain their electronic devices–are 29-year-old Christian Pillot-Osorio, 23-year-old Billy Rose, and 18-year-old Melvin Lagos, Jr., according to local Fox affiliate WTVT.

“These suspects, who are the worst of the worst, used common social media apps, like Instagram, Snapchat, and Kik, to transmit and download child pornography,” Judd said. “This is clear proof that these horrific images are easier than ever to find and share. Each time an image is downloaded or shared, the victim in that image is re-victimized.”

Additional charges are expected as the investigation continues, the sheriff’s office said, according to local NBC affiliate WFLA.