‘The Jury Saw Through Your Lies’: Judge Unloads on ‘Selfish, Murdering, Lying Monster’ Convicted of Killing Wife by Poisoning Cereal with Heroin 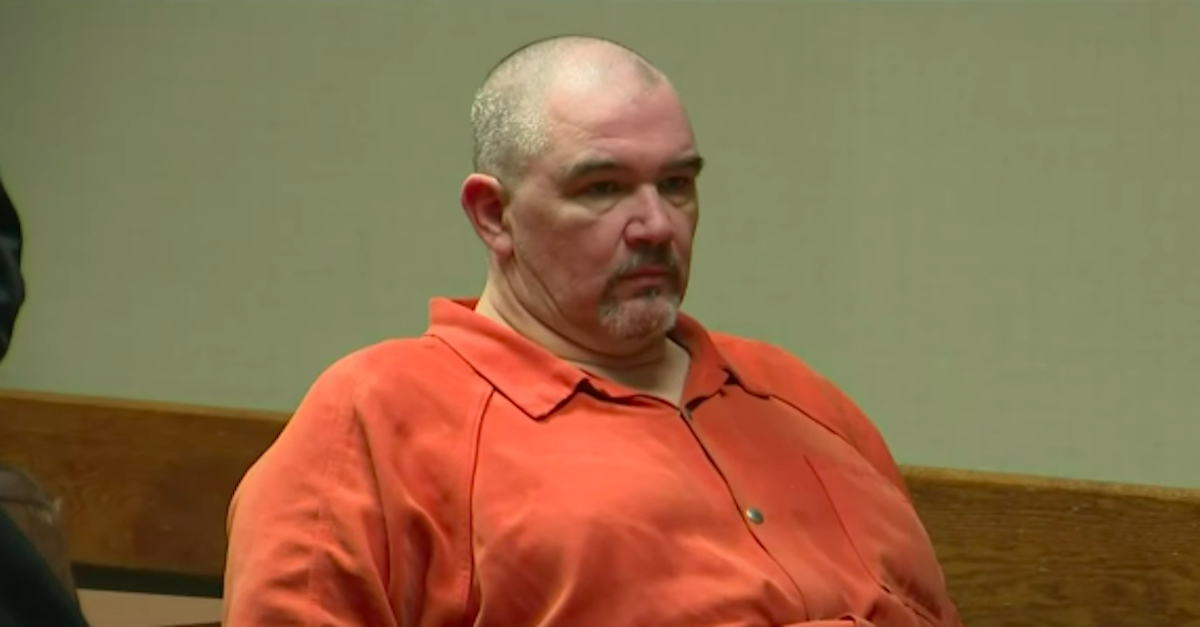 A Michigan man convicted of killing his wife by intentionally spiking her cereal with a lethal dose of heroin was sentenced to spend the rest of his life behind bars on Friday. Genesee Circuit Court Judge David J. Newblatt handed down a sentence of life without parole to Jason T. Harris, who last month was convicted by a jury of murdering Christina Ann-Thompson less than a year after she had given birth to the couple’s second child, MLive.com reported.

“I agree completely with their verdict,” Judge Newblatt reportedly told Harris during Friday’s sentencing hearing. “You are guilty. You did this. You are a murderer. You are a liar. I want to make that very clear. The jury saw through your lies, and I see through your lies.”

Jurors on Nov. 17 unanimously found Harris guilty on one count each of first-degree murder, solicitation of murder, and delivery of a controlled substance resulting in death.

Newblatt continued to admonish Harris at sentencing, telling him the jury’s decision “finally exposed you for the selfish, murdering, lying, monster you are,” Detroit NBC affiliate WDIV reported.

Christina was found dead in the couple’s bed on the morning of Sept. 29, 2014. Harris reportedly told the police that he prepared a bowl of cereal for his wife to eat on the evening of Sept. 28. He claimed that his wife had difficulties holding the spoon, so he helped her to bed. He reportedly said when he awoke the next morning, Christina remained asleep in their bed until he went to work, at which point he said she was “not awake and not talking to him, but was coughing and in a restless sleep.”

After she did not respond to his texts or calls, Harris reportedly said he asked a neighbor to check on Christina. The neighbor reportedly found Christina unresponsive and “cold to the touch.” That neighbor called another neighbor who was a registered nurse; she rushed over and called 911. Authorities arrived shortly thereafter and pronounced Christina dead on the scene.

Genesee County Medical Examiner Brian Hunter initially ruled the death an accidental overdose, but several members of Christina’s family showed up at the Davison Police Department on Oct. 1, 2014, and reportedly told Det. Sgt. William Skellenger that it was impossible for Christina to have died from an overdose because she never used drugs.

According to the various news reports, Skellenger testified at Harris’s trial that he opened a two-year investigation involving multiple interviews with co-workers and neighbors. He also sent samples of Christina’s breast milk, which had been frozen to feed the couple’s 8-month-old infant, to a laboratory for analysis. Skellenger reportedly said investigators found no evidence that Christina used heroin, and there were no traces of the drug in any of the breast milk samples from the days prior to her death. According to a report from WDIV, local law enforcement officials believed the case marked the first time they had used breast milk as evidence in a criminal trial.

Evidence was also presented that appeared to show Harris wanted to get Christina out of his life. Harris’s brother and sister reportedly both testified that Harris made several comments to that effect.

Per MLive.com, Harris’s brother and sister in October 2014 sought out investigators looking into Christina’s death and told them Harris had talked “about getting rid of Christina Harris” and cheating on his wife before she died.

The New York Daily News reported that investigators learned Harris had also been texting several other women in the weeks before Christina’s death. The defendant reportedly flew to visit one of them in Rhode Island only nine days after his wife’s death. Less than two months after Christina was found dead, another woman had reportedly moved into the house with the defendant.

Harris also reportedly received more than $120,000 in life insurance payouts due to Christina’s death. The couple was reportedly began dating in 1998 and married in 2003. Their two children were born in November 2009 and May 2014.