‘Of Course Not’: Woman Denies Killing Her 3-Year-Old While Being Taken to Prison for Boy’s Presumed Death in 1986 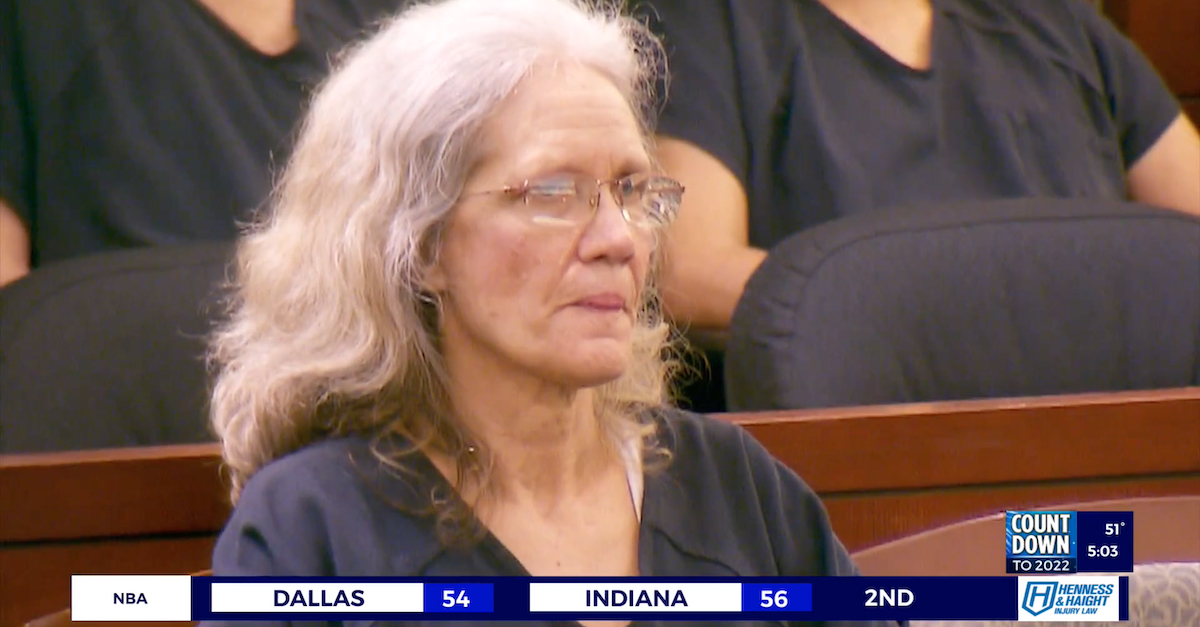 While being hauled off to prison after copping a plea, a Las Vegas woman denied killing her son in 1986 when asked by a local television crew what happened to the boy.  Amy Elizabeth Fleming will serve a total sentence of 24 months after agreeing to an Alford plea in the disappearance and presumed death of 3-year-old Francillon Pierre some 35 years ago.

“Of course not,” Fleming told Vanessa Murphy, a reporter with CBS affiliate KLAS, when the journalist asked Fleming if she had actually killed her son.

According to court records, Fleming, now 63, entered the Alford plea to a single count of voluntary manslaughter.  The crime is said in those records to have occurred July 1, 1986.

By entering the Alford plea, Fleming did not admit legal guilt; rather, she admitted the government has enough information to prosecute her and that she therefore saw a conviction as likely given the evidence.  Fleming’s attorney told the Las Vegas Review-Journal that many of the witnesses who could have testified in his client’s favor are now dead and that the case would have been difficult had it progressed to a trial.

The defendant was arrested in Broward County, Florida, NBC affiliate WPTV reported in 2019.  The charge at the defendant’s arrest was felony murder, the Florida television station said.

Fleming and her then-boyfriend (and now husband) Lee Luster originally told the authorities that they lost track of the little boy at a North Las Vegas swap meet on Aug. 2, 1986, the Review-Journal reported.  But witnesses at the swap meet said they never saw the boy, and neighbors who lived near the couple’s home said they hadn’t seen the boy in weeks, the newspaper noted.

Francillon Pierre’s disappearance has long been highlighted by the National Center for Missing and Exploited Children.  The group even posted age-progressed images of what the boy might look like if he was alive and well at age 29.  He was born Oct. 1, 1982 and would be 39 years old now.  When he disappeared, he stood 3′ 6″ tall and weighed only 35 pounds, according to the Center. 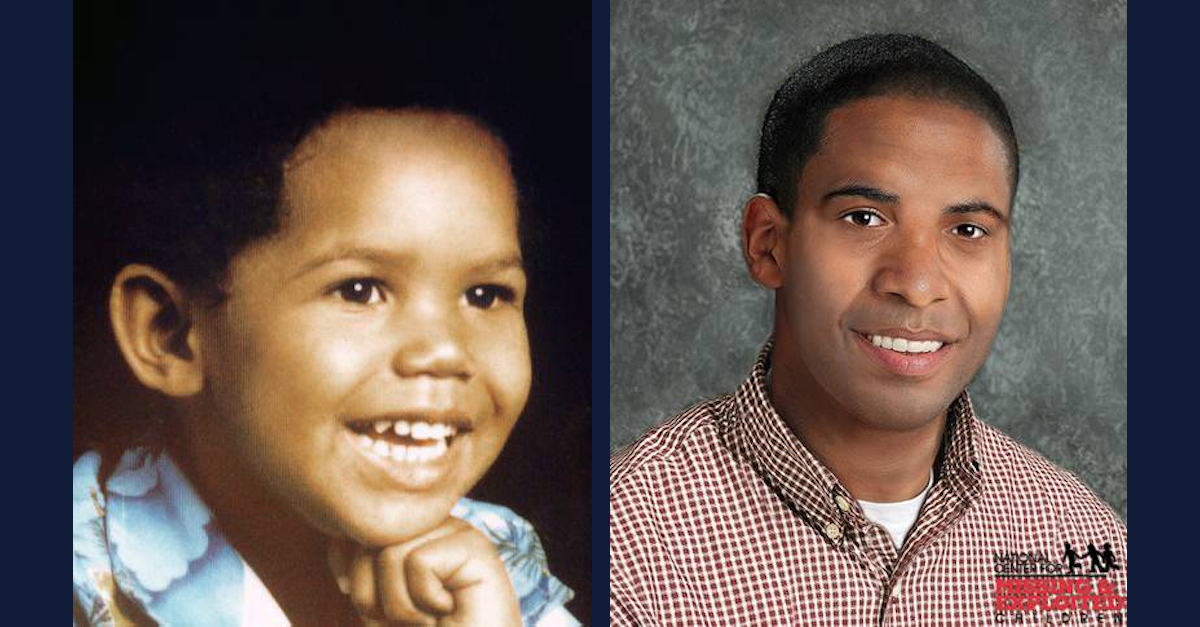 Francillon Pierre appears in an original image (left) and in an age progression (right). (Images via the National Center for Missing and Exploited Children.)

Luster and Fleming were reportedly suspected of child abuse before the boy disappeared, but investigators in the 80s didn’t believe they had enough evidence to proceed with criminal charges when the child disappeared.  In 2019, according to KLAS, “new eyewitness testimony” and newly uncovered letters between Luster and Fleming changed the trajectory of the case.

“Just as you couldn’t stand to send me to prison, I cannot stand to see you hate me,” Fleming wrote to Luster in one letter — a copy of which has since obtained by the Las Vegas CBS affiliate.  “That hurts worse than any prison. Can you still love me, forgive me for falling short?”

Francillon Pierre has never been found.  According to KLAS, prosecutors wrote in court documents that they believe Lee Luster is connected to the little boy’s disappearance and presumed death; however, Luster has never been charged with a crime.

Prosecutors said in court that the decades-long quest for answers in no way resulted in a “full measure of justice.”

“History is going to reflect that his death was the responsibility of this particular defendant,” Clark County Chief Deputy District Attorney Marc DiGiacomo said in court Friday with reference to Fleming, however. 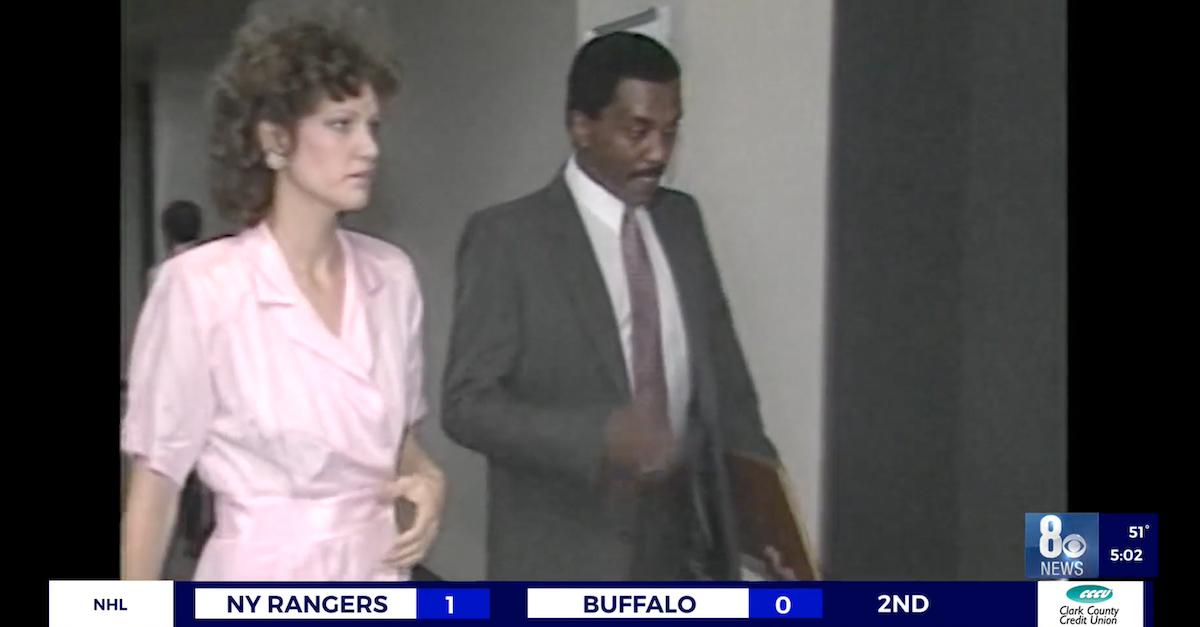 Amy Elizabeth Fleming and Lee Luster appear in an image from the KLAS archives.

The judge overseeing the matter agreed to follow the 24-month sentence contemplated in Fleming’s plea agreement.  The defendant will be out in about eight months after receiving credit for time served, according to the KLAS report and to the newspaper.

The 24-month sentence reflects the maximum punishment available under the law when Francillon Pierre vanished, according to the Review-Journal.

Fleming and Lester previously served jail time for lying to the police, the newspaper noted.

KLAS’s coverage of the case is below: