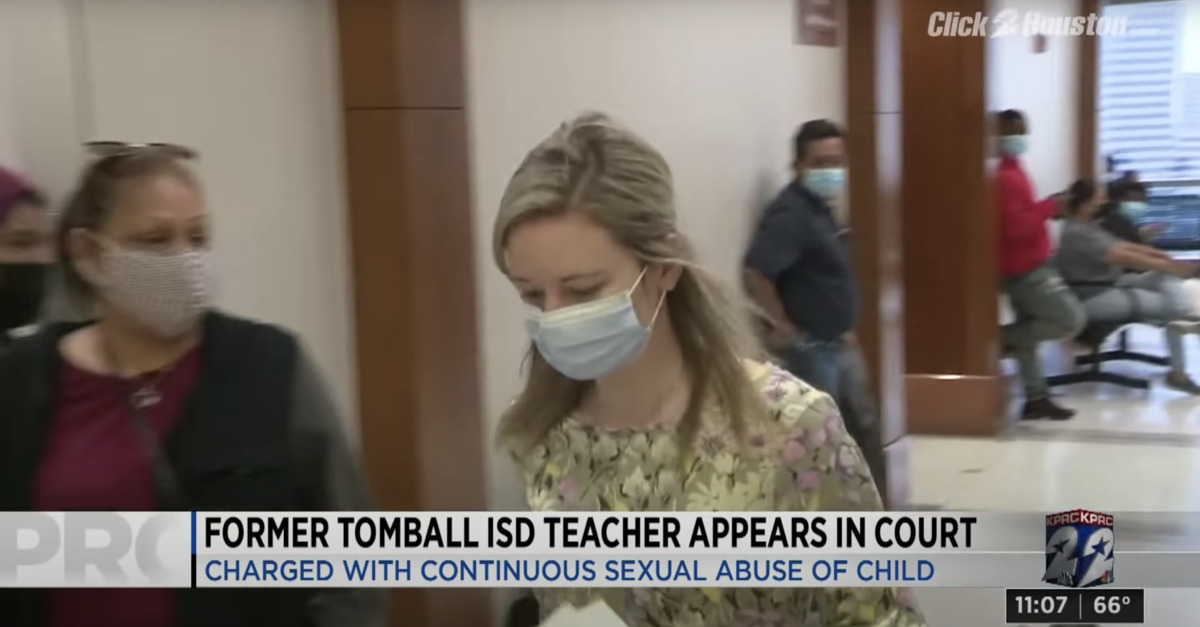 A Texas teacher was arrested late last week after one of her former students accused her of sexually abusing him for several years–after initiating a relationship with him when he was only 12 years old.

Marka Lee Bodine, 31, was charged with one count of continuous sexual abuse of a child, a first-degree felony which accounts for two or more incidents of sexual abuse within a 30-day period committed against a minor under the age of 14 by an adult over the age of 17.

In court documents, the ex-teacher admitted to having a sexual relationship with her former student beginning in 2018.

Bodine is currently out on bond. She also quickly resigned from her position at Tomball Intermediate, a school for 5th and 6th graders in the Houston metropolitan area, after the contours of the story came to light. But those alleged details took awhile to come out.

Tomball Police Chief Jeff Bert said the investigation began last Monday when the alleged victim complained to school authorities and the police about an inappropriate relationship with a teacher. 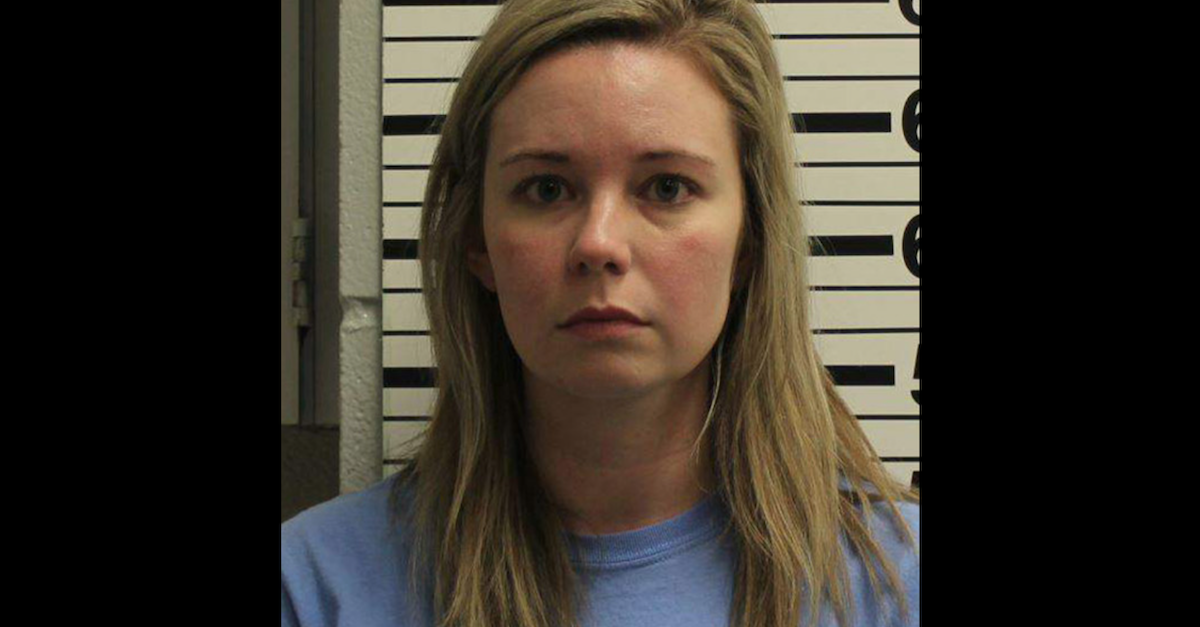 Bodine, for her part, also complained to school authorities–claiming that the former student was harassing her, threatening to injure himself and that he was manipulating private images of her.

“Tomball ISD is aware of an allegation of an inappropriate relationship isolated between a teacher and a former student who does not currently attend Tomball ISD schools,” the school district said in a press statement on Sunday. “Once notified of the allegation, the district immediately began an administrative investigation. The employee was then placed on administrative leave, resigned, and is no longer employed with Tomball ISD.”

According to an affidavit obtained by local NBC affiliate KPRC, the since-resigned teacher allegedly began grooming the boy when he was 12 years old by playing an online video game with him. That allegedly led to texting and the texting led to the sharing of explicit images. The police affidavit, citing the student, said that this relationship culminated in the two having sex just after the boy turned 13.

The court document also says that the abusive relationship carried on for some three or so years. Bodine allegedly divorced her husband amidst the alleged abuse and then moved into the apartment complex where her former student lived. Police said the child also told investigators that he and his onetime teacher had sex in her classroom and in her car on multiple occasions.

“Most of the investigation indicates it’s been about two and a half to three years,” Bert added. “Both social media, text, and other forms of evidence. And it does appear that this is one of those cases where grooming of the child was involved, in other words, getting the person to be feel trusted initially. Our big concern from the police department right now is to ensure that we have all the evidence of this case, but to ensure that there’s no other children involved.”