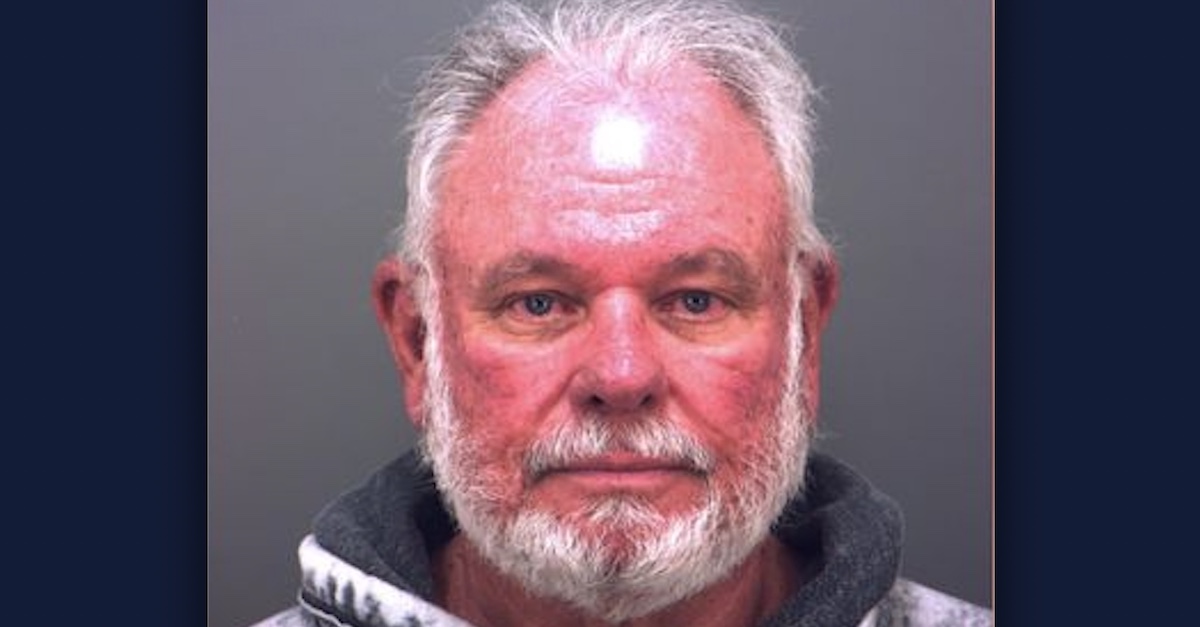 The 66-year-old husband of a woman employed at a child day care center in El Paso, Texas was arrested after several minor attendees accused him of groping them. Mark Rotz, a former public school employee, was taken into custody on Monday and charged with two counts of indecency with a child/sexual contact, authorities announced.

According to a press release from the City of El Paso Police Department, detectives with the Crimes Against Children unit opened an investigation into Rotz after “an outcry was made by a child” who had ben attending the facility located in the 3400 block of Freeport Drive.

“Between March 2020 through October 2022, Mark Rotz frequented and loitered at Tessy’s Home Daycare while his wife worked there,” the press release indicates. “The investigation led to the discovery of a second victim. Both victims were girls under the age of ten.”

A copy of a probable cause arrest affidavit obtained by El Paso FOX affiliate KFOX-TV reportedly said that one of the alleged victims, a second-grade girl, told investigators that Rotz had been touching her and the other victim inappropriately for more than two years. She reportedly claimed that Rotz had groped her “many times” beginning when she was in the first grade.

Citing the girl’s alleged statements to the police, TV station further reported that Rotz allegedly “touched her private parts” and “made her touch his private parts.”

Rotz reportedly did not deny the allegations against him when questioned by investigators. When detectives asked Rotz whether he had ever touched either of the victims inappropriately, Rotz allegedly responded, “I don’t know.” When pushed to elaborate, Rotz allegedly refused to clarify what he meant by his answer.

The Texas Department of Family and Protective Services reportedly told the station that Tessy’s Home Day Care had been temporarily closed during an investigation into the allegations.

Making matters potentially worse, KFOX reported that Rotz had previously been employed by the El Paso Independent School District for 24 years before he resigned in just over a decade ago.

The district confirmed Rotz’s employment in a statement.

“El Paso ISD confirms that Mark Rotz was previously employed from 1987 to 2011,” the district reportedly said. “In May 2011, El Paso ISD police investigated Rotz for alleged misuse of a district computer and presented a criminal case to the District Attorney’s office. Rotz resigned from his position in September 2011 in lieu of termination.”

The school district and the district attorney’s office did not immediately respond to messages from Law&Crime seeking additional details about the allegations that led to Rotz’s resignation. It is unclear if he was prosecuted. His name appears on neither a Texas sex offender registry nor on a national sex offender registry, and Law&Crime was unable to locate any Texas criminal cases bearing his name in several appellate court databases.

A woman who lives in one of the homes neighboring the day care reportedly told KFOX that she was horrified by the allegations against Rotz.

“It’s disgusting, and there is no excuse for acting like an animal with babies,” the woman, who did not want to be identified, reportedly told the station. “I always believe when kids say something so I just really hope that he rots in jail. I really do.”

Rotz was being held in the El Paso County Detention Center Downtown, but his name no longer appears in an online database of inmates at that facility, and another county records search says he was released on Nov. 15 after having posted bond.

VineLink, a database which conglomerates jail records from across the country, indicates he was booked by the county sheriff’s office on Nov. 14 at 3:53 p.m. and was “out of custody” as of Nov. 15 at 4:28 p.m.

County Magistrate Judge Linda Estrada set Rotz’s bond at $150,000 — that’s $75,000 for each criminal count, according to the jail records.