Texas Man Held Woman Against Her Will in Home for Days, ‘Choked Her with a Bralette’ Until She ‘Lost Consciousness’: Cops 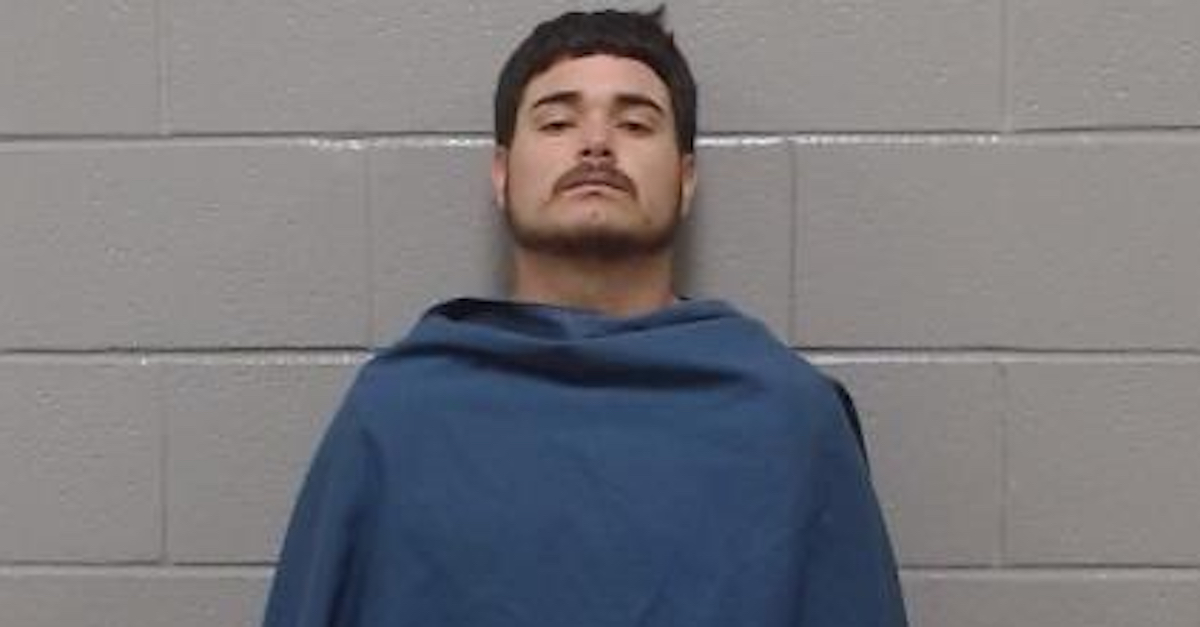 A man in Texas was arrested this week after allegedly holding his ex-girlfriend in his home against her will for several days, over the course of which he is accused of repeatedly physically and sexually assaulting her. Jorge Alexander Gonzales was taken into custody Sunday and charged with one count of aggravated assault – family violence, a second-degree felony, court documents reviewed by Law&Crime show.

According to a probable cause affidavit from the Wichita Falls Police Department, Gonzales’ girlfriend of seven months on March 11 left him and went to go stay at her aunt’s house. After several days of Gonzales purportedly begging her to come back and talk to him, the victim on March 15 returned to the residence located on North 8th Street in Wichita Falls.

The victim said that after she woke up on the morning of March 16, Gonzales refused to let her go to work, accusing her of only wanting to leave so she could flirt with a male coworker. Gonzales allegedly took her cell phone when she tried to call for help. She allegedly said he then spent the next three days physically assaulting her.

The victim claimed that Gonzales left the residence several times over the three-day period, but said he would lock the doors from the outside so they couldn’t be opened from inside the home. All of the windows in the home were allegedly barred, leaving the victim trapped.

On the night of March 19, the victim alleged that Gonzales sexually assaulted her after she fell asleep outside of the bedroom.

“She stated that she fell asleep and could hear him say ‘baby’ and was staring at her from under a table,” the affidavit states. “She stated she woke up and he sexually assaulted her. She was very upset telling what had occurred and stated she told him no that she didn’t want to do this but he proceeded in sexually assaulting her.”

The day after the alleged sexual assault, the victim said she opened a window and tried to scream for help, but Gonzales allegedly “grabbed her and put his hand over her mouth.” The victim was finally able to escape by sneaking out an unlocked door while Gonzales was in the shower. She then ran to a neighbor’s house where she called 911, documents say.

The responding officer wrote that the victim had multiple bruises and other injuries that were consistent with her story about being held against her will and assaulted. Gonzales was arrested and booked into the Wichita County Jail where he is currently being held on $50,000 bond, online records show.

Court records show that Gonzales’ application for a court-appointed public defender was denied, with a judge finding that he was not indigent.

See the probable cause affidavit below.