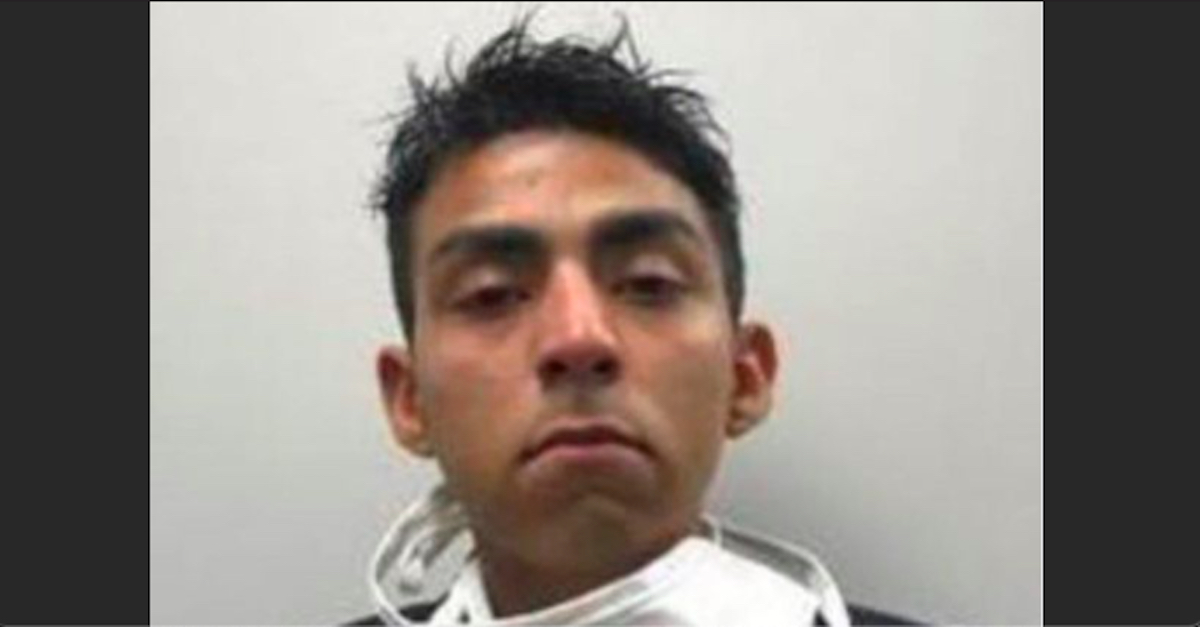 A man in Texas was arrested over the weekend after police say that he stabbed his brother to death earlier this month following an argument. The dispute occurred at the accused killer’s own birthday party, witnesses said.

According to a post on the department’s Facebook page, officers on Oct. 3 responded to a call about a “cutting in progress” at a residence located in the 1700 block of Leal Street just before 7 p.m.. When first-responders arrived, Gonzales had already fled the scene with a female friend and one of her relatives in a silver or white SUV, police said. Paramedics with Emergency Medical Services arrived shortly after and performed life-saving procedures on Aguilar, who was rushed to local hospital where he died from his injuries.

Witnesses told police that the two brothers got into a “heated verbal argument” that escalated quickly, with the two men “pushing each other as family members tried to break up the argument,” per a report from San Antonio ABC affiliate KSAT-TV. Aguilar then stumbled and fell backwards onto a “large green slide” after Gonzales allegedly “pull[ed] out a knife and stab[ed] Aguilar several times.”

“Aguilar told his family to call 911,” KSAT reported. “Gonzales then dropped the knife and fled the location.”

“We didn’t see the knife until it was too late,” Moses Perez, Gonzales’ brother-in-law told the station. “There was nothing we could really do.”

According to Perez, Gonzales stabbed his older brother three times, one of which was particularly deadly.

“One of the stabs actually punctured his heart,” Perez told KENS. “(First responders) told us there was nothing much they could do.”

Perez wasn’t sure exactly what the two brothers were arguing about that led to the fatal stabbing.

“None of us could restrain him,” he said. “And we were all just panicking, trying to save Isaac.”

Perez described Aguilar as “a really good man” who was expecting to have a child in the near future.

“We are dealing with something more challenging than just a death,” Perez said, adding, “We lost two people that night.”

Gonzales was processed in the murder charge and is currently being held in the Bexar County Jail. A judge set his bond at $250,000.