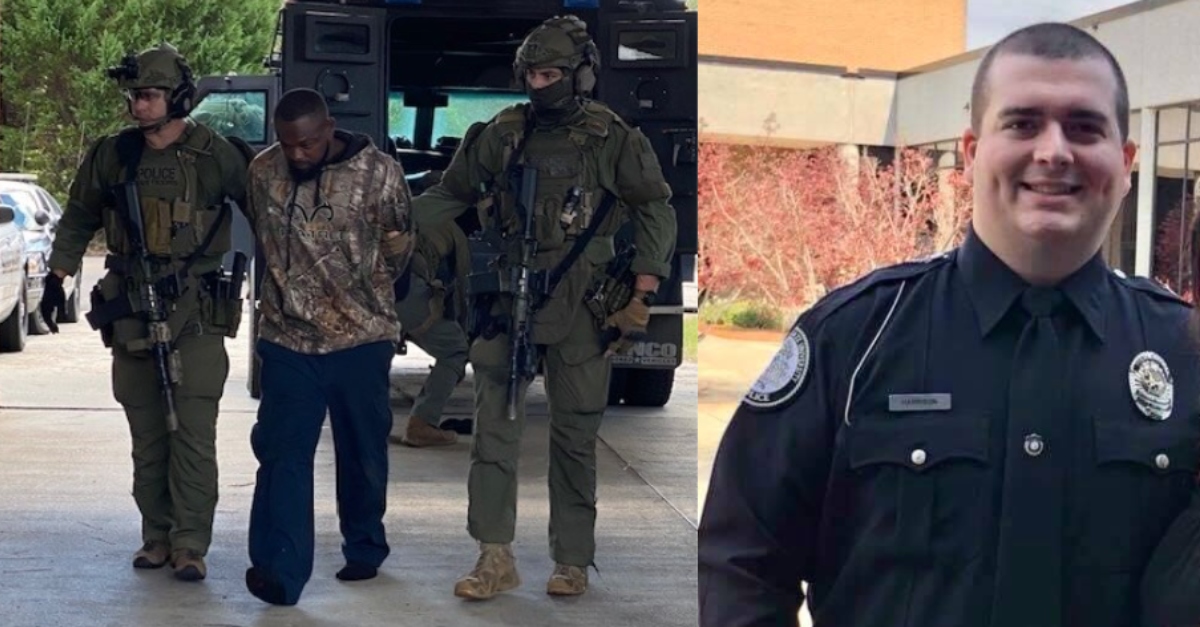 A cop’s sudden and shocking murder was an ambush, say authorities. Damien Ferguson, a.k.a. Luke Ferguson, 43, shot and killed Officer Dylan Harrison, 26, for tasering the suspect’s “known associate,” according to the Georgia Bureau of Investigation. As previously reported, the incident sparked a search that investigators say ended at Ferguson’s home on Sunday.

“As the police chief of Alamo, Georgia, I have never experienced a grief that I have felt since Officer Dylan Harrison’s life was taken in our small, quiet town,” said Chief Karen Zanders. “Officer Harrison was a husband, a son, and more importantly, he was a father of a six-month-old boy. His life was taken from him for simply doing his job. Despite the sadness that we have endured, I have found a sense of pride in seeing everyone pull together to right this tragic wrong.”

Investigators have said Ferguson shot Harrison outside the Alamo Police Department on Saturday morning at around 1 a.m. They announced after his arrest that Harrison confronted another man at the Circle K across the street regarding a traffic violation. The situation escalated to the officer tasering this man, officials said. Authorities suggested Ferguson ambushed Harrison during the officer’s first shift with the department as retaliation. From the GBI:

Officer Harrison asked the man for his name and identification and the man refused. The man got into a verbal altercation with Officer Harrison, that escalated to the man pushing the officer. Officer Harrison attempted to place the man under arrest. The man did not comply which led to the officer discharging his Taser. The man was arrested and taken to the Wheeler County Jail. He is a known associate of Damien Ferguson. It is believed that the ambush-style attack on Officer Harrison was retaliation for the incident and arrest of the man.

Ferguson faces a count each of murder, and aggravated stalking from a previous domestic incident, according to the GBI. He remains at the Laurens County Jail as of Monday.