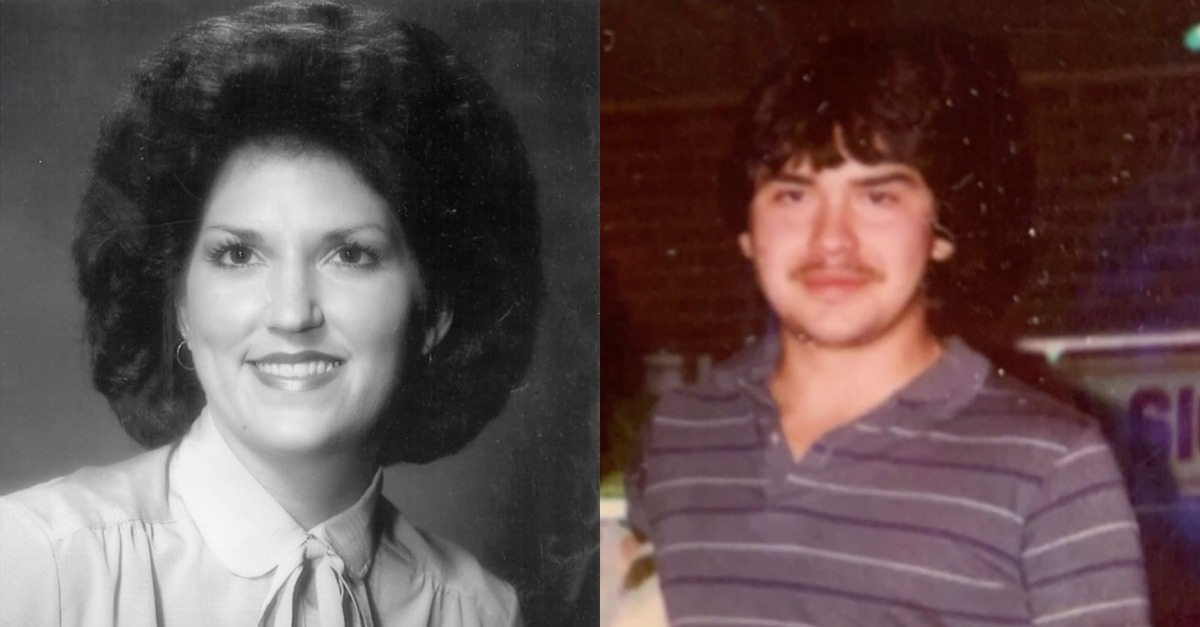 Janet Elaine Love was raped and murdered in her apartment in North Texas during the spring of 1986. Now, over 35 years later, police say they have definitely identified her now-deceased killer by using DNA evidence.

According to local Fox affiliate KDFW, 15 detectives worked the decades-old case before and after it went cold.

The Bedford Police Department now claims the assailant was her neighbor–a break that only came after he recently died.

Ray Anthony Chapa, in death, stands accused of breaking into Love’s home, sexually assaulting her and then shooting her to death. For years, he lived in a neighboring apartment complex less than 1,000 feet away from Love’s own in the tiny Mid-Cities town that makes up an integral part of the Hurst-Euless-Bedford suburban area–itself part of the broader, sprawling Dallas-Fort Worth metroplex.

A Louisiana native, Love moved to Bedford in 1985 in order to work as a ticket agent for Delta Airlines at the nearby DFW airport–which is not actually located in either Dallas or Fort Worth, but includes parts of four different Mid-Cities. Her body was found on April 24, 1986.

“We looked at a lot of serial offenders over the years, trying to match somebody up to this,” Bedford Police Sergeant Brett Bowen told the outlet on Monday. “So it’s been a long road.”

In comments reported by local ABC affiliate WFAA, Bedford Police Chief Jeff Williams said his agency is “100 percent sure this is the person who committed this terrible crime.”

“Chapa had no known ties to the victim and was never considered a suspect until DNA technology revealed the truth,” the chief added.

Making its regular appearance in recent months with respect to cold cases that since been allegedly solved is the FBI’s Combined DNA Index System (CODIS). That profile was used in conjunction with the help of a genealogist and public records who helped detectives piece together the suspect’s family tree, according to local CBS affiliate KTVT.

The BPD was able to finally ascertain the killer’s identity by way of a federal grant system from the U.S. Department of Justice focused on finding culprits in sexual assault cases. DNA from Love’s case was sent to the University of North Texas in Denton County where the school’s Center for Human Identification eventually put together a profile that pegged Chapa as the perpetrator of the crime.

The presumed killer died in January 2021.

“It’s probably best that he’s not alive and that our family doesn’t have to go through a trial and all of the rollercoaster of emotions that would come with that,” Rebecca Roberts, Love’s younger sister, told KDFW. “None of it’s going to bring her back, but it is some sense of justice.”

Police say Chapa also lived in Illinois and Montana and are hopeful they may be able to connect him to additional crimes.

“I am so grateful for all the detectives’ hard work and finally being able to bring closure to Janet’s family,” Williams added. “They’ve had to wait 35 years for this day.”

Authorities were adamant that though the case went cold for several years, they continued their efforts as best they could.

“The search never stopped,” Bowen added. “It wasn’t unsolved because of lack of effort; we just needed science and technology to catch up to be able to put the final pieces together.”