Texan Jailed for Shooting a Man Is Charged with Murder After Strangling His Cellmate with a Bandana the Next Day: Authorities 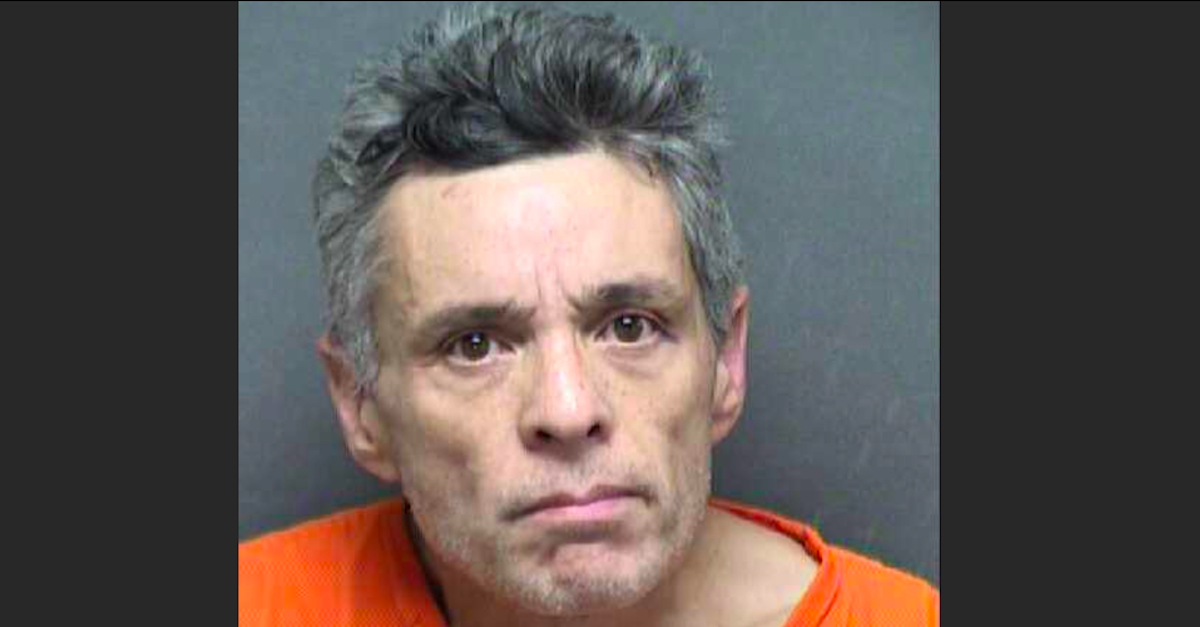 A Texas man who was initially arrested for allegedly shooting a man in the chest with a shotgun was charged with murder after police say he used a bandana to strangle another man in the jail holding cell because he believed he was going to sexually assault him, multiple local news stations have reported.

Mark Anthony Wong, 52, was charged with murdering 66-year-old Curtis Raymond Smith on Saturday, Aug. 21, inside a holding cell in the Bexar County Jail — the day after he was initially taken into custody.

According to documents compiled by Texas Rangers in charge of investigating the case, deputies performing a daily wellness check discovered Smith lying face-down in the cell at approximately 11:41 a.m. on Saturday. When they opened the cell, the deputies found Smith unresponsive with a sock shoved in his mouth. They attempted to revive him but were unsuccessful. Smith, who was pronounced dead at 12:08 p.m., was in the cell along with another man, 26-year-old Jeremy Anthony Uriegas.

A copy of the affidavit obtained by CBS-affiliated news station KENS-TV stated that Wong waived his Miranda rights and agreed to be interviewed by the deputies without an attorney present. During the interview, Wong allegedly said that Smith appeared to be mentally ill and was “shouting out obscenities” and threatening to assault him. Wong then told the deputies that because he feared Smith was going to sexually assault him, he held Smith down on the ground and twisted tight a blue bandana that the man had been wearing around his neck. He also allegedly said that he took one of Uriegas’ socks and put it in Smith’s mouth.

The Texas Rangers’ affidavit said that Uriegas was lying on a bench inside of the cell during the altercation and did not make any attempt to intervene.

Despite his alleged fear of being assaulted, Wong also allegedly told the deputies that Smith did not make physical contact with him.

The Texas Rangers’ affidavit stated, “I asked Wong if Smith ever tried to rape him, touch him, or harm him and he stated no.”

The Bexar County Medical Examiner had not officially determined Smith’s cause of death as of Sunday evening.

The Texas Rangers are in charge of investigating Smith’s death in accordance with the Sandra Bland Act, which requires that independent law enforcement agencies investigate deaths that occur in jails, among other things.

Wong was charged with one count of first-degree murder and his bond was set at $1 million. He is scheduled to make his first appearance before a judge on Sept. 22.

Wong was in the holding cell for allegedly shooting a man in the chest in his living room Friday evening, Aug. 20, leaving the victim in critical condition, ABC-affiliated news station KSAT-TV reported.

According to the report, San Antonio police said that the man had been staying with Wong in his home for a few days when Wong asked him to leave. The other man allegedly refused to vacate the home, leading to an argument that continued to escalate until Wong grabbed a shotgun and fired the gun into the man’s chest. Per the report, the man then ran out the backdoor and Wong fired several more times. When officers arrived at his home, Wong was said to be sitting in the living room unloading the firearm. He allegedly told the officers that there was a man in his backyard who had been shot.

The victim was found lying in the yard suffering from multiple gunshot wounds and was taken to Brooke Army Medical Center. Officers then arrested Wong and charged him with aggravated assault with a deadly weapon and aggravated assault causing bodily injury. His bond in the assault case was set at $100,000.