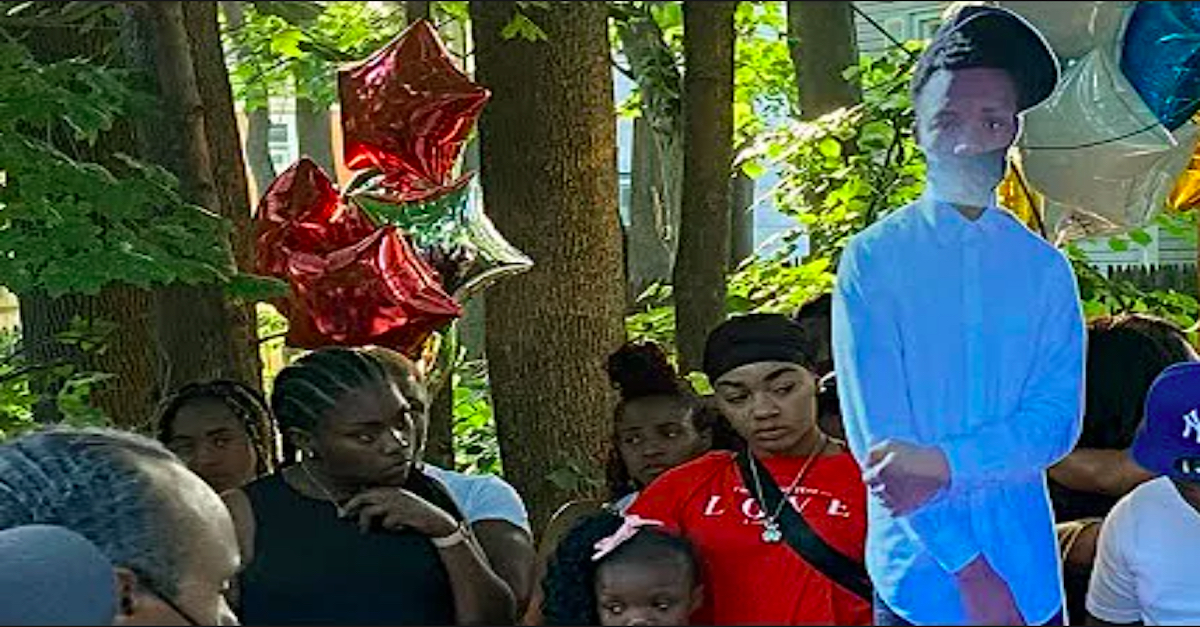 A teenager from a city in upstate New York is facing murder charges after he was allegedly caught on camera shooting another teen in the head in broad daylight, local news outlets reported.

According to reports, 18-year-old Demetry Spears was taken into custody on Tuesday and charged in connection with the murder of Ny’Kim Young, who was fatally shot in the head last month. The Syracuse Police Department said Spears shot Young on June 23 at 6:37 p.m. on Lower Onondaga Park Drive, The Post-Standard reported, citing the felony complaint filed in New York state court. However, police also said that another person not named in the filed complaint was involved in Young’s murder.

Officers with the Syracuse Police Department arrested Spears Tuesday afternoon at his home located at 1000 Bellevue Ave. He was found in possession of a loaded handgun at the time of the arrest, according to the criminal complaint.

According to the Post-Standard, the firearm was found in Spears’s right pant leg because “it slipped out of his waistband” during the course of his arrest. The black 9mm Polymer 80 was loaded with a 10 round magazine, which is the minimum capacity required to be considered a large capacity ammunition feeding device under New York state law. The complaint did not state whether investigators believe it was the weapon used in Young’s murder.

The report also noted that Spears was also found in possession of a controlled substance, citing the criminal complaint. Police said they found the teen with “two small white glassine envelopes filled with fentanyl in the right pocket of his pants.”

Spears was booked into the Onondaga County Justice Center on Tuesday evening and was arraigned before a judge Wednesday morning in Syracuse City Court.

A report from local NBC-affiliate WSTM noted that Young was the 12th person murdered in the Syracuse area in 2021. He was the fourth child under the age of 16 to be murdered.

The Syracuse Police Department and the district attorney’s office did not immediately respond to questions from Law&Crime.