Teacher Avoids Jail After Admitting to Drunken Sex With Students 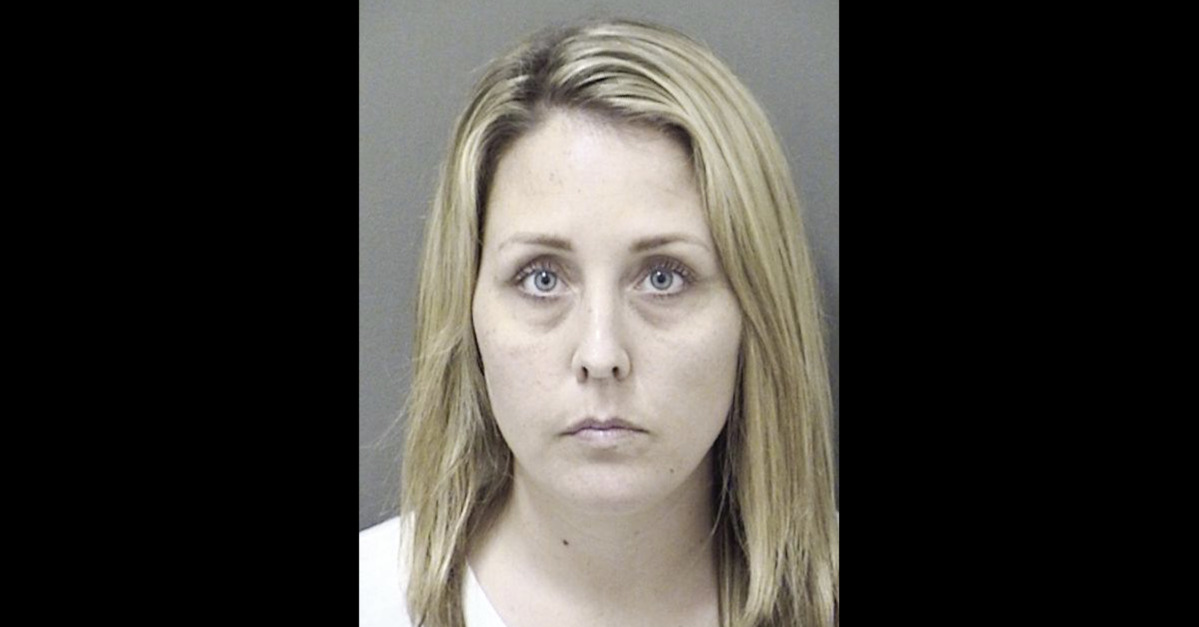 A Texas school teacher will avoid jail time after she admitted to having booze-fueled sex with two of her students.

According to the Gainesville Daily Register, 33-year-old Lynne Anne Burge pleaded guilty Wednesday to two counts of an improper relationship between educator and student. One student was 18 years old and another student was 16-year-old at the time that allegedly drunken sex occurred.

The plea agreement means Burge will not have to register as a sex offender. A third charge–of soliciting a minor online–was dropped per the terms of her deal with Cooke County prosecutors.

Burge said she was too intoxicated to remember the details of either encounter–an arresting officer pressed the educator as to whether any sexual contact occurred.

To which Burge allegedly replied:

“Alcohol was in issue in this case,” Burge’s attorney Rick Hagen said. “While it was an issue, it was not an excuse. Lynn has not had a drop of alcohol since she was accused. She is committed to AA and has been to a counselor on a regular basis.”

“These cases are always difficult,” Hagen added. “There are no excuses. Lynn is responsible. She made mistakes and she immediately accepted responsibility.”

Authorities claim that Burge began communicating with the 16-year-old student via Snapchat “in or about September or October 2017,” while she was still his teacher. Soon after that, an illicit romance allegedly blossomed between the two. Burge and the 16-year-old eventually began to exchange nudes via the app, police claim.

Various state and local authorities interviewed the student in September of this year at the Cooke County Child Advocacy Center. During that interview, the 16-year-old said he and Burge once drove around the Texoma back-country while imbibing intoxicating spirits.

During that verboten car ride, Burge allegedly began to touch and kiss him, the 16-year-old told state and local police. After that, the two allegedly went to the now-former teacher’s home in the tiny town of Saint Jo, Texas. There, Burge and the boy began to make out before undressing and having sex, the minor allegedly told authorities.

Per a portion of that police interview reproduced by the Register, the 16-year-old “fell asleep in Burge’s kid’s bedroom before she woke him up and asked him to get in bed with her.” The student “clarified that her kid/s were not home at this time.”

Muenster Superintendent Steven Self said that Burge was fired immediately after being arrested in late October.

“Mrs. Burge is no longer employed by MISD, and the district is currently conducting an investigation into the alleged misconduct,” Self said. “Federal privacy laws prevent me from providing further details. The district considers safety to be its highest priority and is committed to ensuring the well-being of MISD students.”

Burge will serve two concurrent five-year sentences on deferred adjudication–essentially a form of probation that will keep her out of jail and leave her largely without a criminal record. The sentencing choice has been the subject of scorn from some punitive-minded members of the small community.

Her teaching license will also have to be surrendered.

Cooke County District Attorney John Warren said he would have personally wanted a higher sentence but that justice requires taking the victims and their families into account.

“After consulting with the families of the victims and receiving their input, we believe that this is a just and appropriate plea,” Warren told the Register. “The victims in this case will now be able to begin to put this behind them and move on with their lives.”

“John Warren is getting a lot of heat from the community,” Hagen said, “the families involved did not want Lynn to go to prison.”

Burge’s attorney then mused about the value of retribution:

John had a difficult decision to make. Does he put his personal beliefs before the wishes of the victims? He deserves credit for that. He was willing to take the political heat. The families of the victims have a right to be heard and have a say in the outcome. They chose forgiveness over vengeance. John Warren respected that.