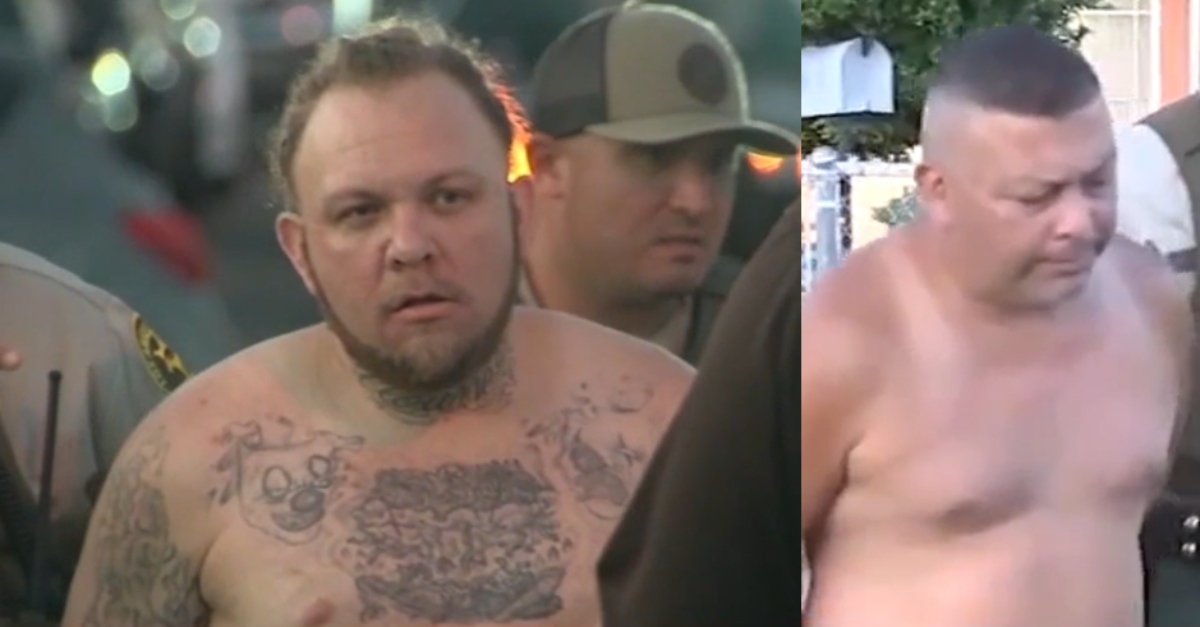 While a son has been formally charged with murdering three people in East Los Angeles, his father is also accused of helping carry out one of the killings and being an accessory after the fact.

The father and son were arrested back on Thursday. Anthony Velasquez was friends with all three victims, said L.A. Sheriff’s Lt. Hugo Reynaga, according to The Los Angeles Times. The lieutenant declined to go into this in detail, except to say, “It seems to us that at some point, their relationships went awry.”

Avalos, Robles, and Lopez all died within about a two-mile radius in East Los Angeles. Investigators believe the father was there for all three killings and served as the getaway driver for at least Lopez’s murder.

“Usually fathers protect their kids,” Reynaga said. “Well, I guess he protected Anthony from getting arrested.”

Anthony Velasquez left Avalos dead in the victim’s blue 1995 Totoya 4-Runner parked against traffic, deputies said. Avalos was in his driver’s seat, wearing his seatbelt, and had been shot in the head and chest. Glass from the shattered driver’s side window was on his lap.

Anthony Velasquez allegedly shot Robles through a gate after getting into a fight with him and slashing his tires.

Authorities also allege that Velasquez, wearing a ski mask, stalked through a plaza on 3rd street peering into tents at a homeless encampment before finding Lopez, unzipping Lopez’s tent, drawing a gun, and opening fire. Manuel Velasquez is believed to have been the getaway driver in his PT Cruiser.