Sheriff Wanted on Sexual Battery Charge Isn’t Under Arrest Because He’s ‘Participating in A Church-Sponsored Mission Trip’ Out of State: Deputies 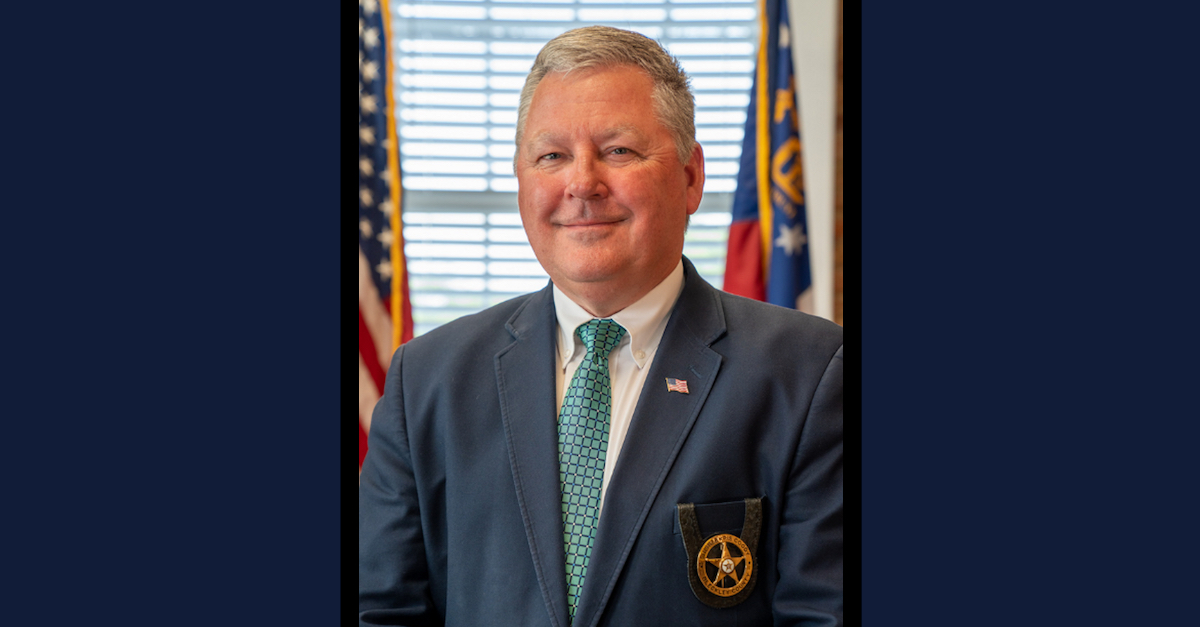 A Georgia sheriff is wanted on sexual battery charges for allegedly groping a judge’s breast at a hotel bar late last month, but his own deputies say he’s not in custody because he’s currently on a church trip out of state.

An arrest warrant out of Cobb County, Ga., was issued last Friday, Jan. 28, 2022 for Bleckley County Sheriff Kristopher Coody.  The two counties are two and a half hours apart.

According to the Cobb County Police Department, the now-wanted sheriff was at an event in the Atlanta metropolitan area when the incident occurred on January 18th. Investigators were called to the Renaissance Atlanta Waverly the next day and told by several witnesses that Coody placed “his hand on the breast of the victim without her consent.”

In a statement, Bleckley County Sheriff’s Office Chief Deputy Daniel Cape provided a reason for why his boss was not yet in custody over the charge:

Bleckley County Sheriffs Office is aware of the outstanding warrant regarding Sheriff Coody. Sheriff Coody is currently participating in a church-sponsored mission trip outside of the state of Georgia, that has been scheduled for nearly a year. Sheriff Coody has been a law enforcement officer for more than two decades and has tremendous respect for our court system. He’s taking these allegations seriously and will meet with the appropriate authorities as soon as he returns. The Bleckley county sheriffs office has always and will continue to believe in complete transparency- However, will not comment any further on these pending criminal charges, to allow the investigation to continue without interference. Sheriff Coody will provide more information at a later date, as he is able to do so.

According to Atlanta CBS affiliate WGCL, the alleged victim is a “prominent judge” who “acknowledged the details” but stressed the importance of letting the process play out in the legal system.

Law&Crime reached out to the BCSO for comment on the allegations.

“I have no comment on anything regarding the sheriff,” a spokesperson for the sheriff’s office said. When pressed to account for whether Coody was simply out of the Peach State or out of the United States entirely, the sergeant replied: “No comment.”

Law&Crime also reached out to the Bleckley County District Attorney’s Office regarding the missing sheriff’s whereabouts.

During a phone call, District Attorney Timothy Vaughn said the sheriff was, in fact, out of the country on a mission trip sponsored by his church and that Coody was likely to return soon because such trips don’t typically last more than a week or slightly longer than that.

“That’s all legitimate, he’s not trying to avoid the deal, he’s just gone,” the DA said. “And I don’t know when he’ll be back.”

The prosecutor, however, said he was somewhat blindsided by the allegations against the sheriff — and that his agency was not working with Cobb County on the nationally–intriguing case — when he read about them himself after receiving a screenshot on his cellular phone.

“We had not a clue that there was even an investigation until the night of the press release, when someone sent me a copy of it,” Vaughn said.