She Was Convicted of Murdering Boyfriend After Run-in with a Cult That Believed in Evil Reptilians. The News Hasn’t Gotten Any Better for Her. 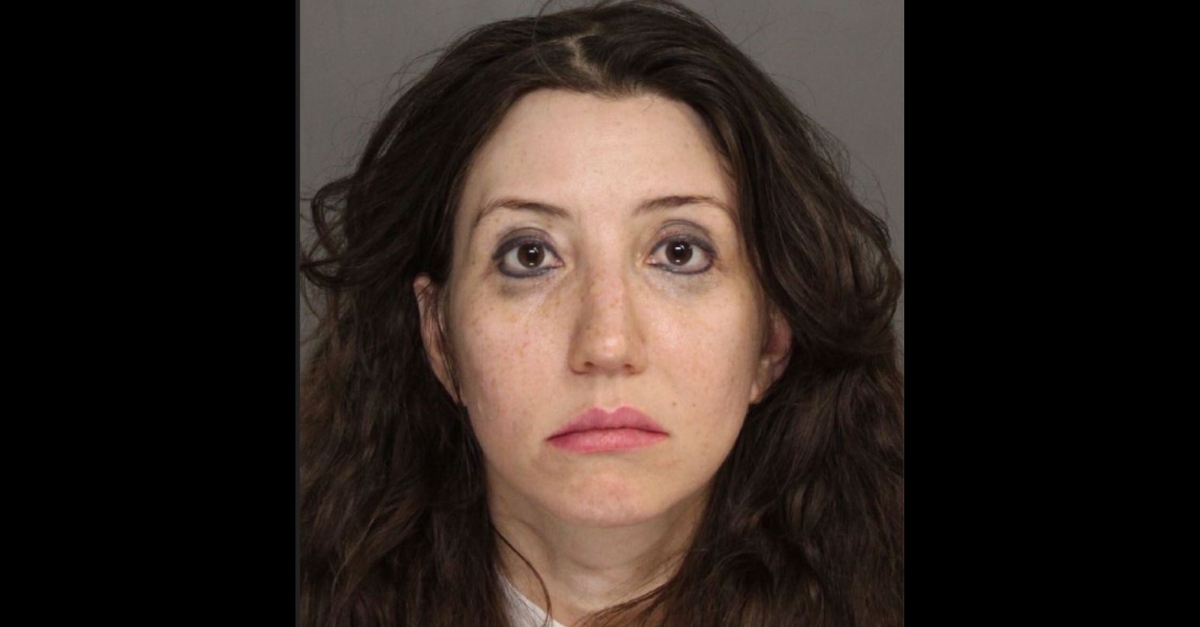 Barbara Rogers, the 46-year-old Pennsylvania woman convicted of third-degree murder for killing her boyfriend Steven Mineo after problems with their cult, lost her appeal on Tuesday at the state Superior Court.

Both the defendant and victim belonged to the same online-based end-times Christian group, whose leader professed a belief in aliens and that celebrities were actually reptiles. It’s your standard-fare, paranoid, sci-flavored eschatological belief system. Rogers and Mineo’s relationship with the cult began to deteriorate after the leader Sherry Shriner began claiming that the defendant was a reptile, according to the Superior Court’s ruling. The defendant asserted that her boyfriend had actually wanted her to kill him.

Shriner has since passed away. Rogers was put on trial on Monroe County in 2019, convicted of third-degree murder, and sentenced to 15-40 years in prison. Under Pennsylvania law, third-degree murder is a homicide that involves malice but is not first- or second-degree murder. “Malice” in the state has been defined as “wickedness of disposition, hardness of heart, cruelty, recklessness of consequences, and a mind regardless of social duty, although a particular person may not be intended to be injured.”

According to the new ruling, the defense asked for a new trial, saying the verdict went against the weight of the evidence. They also criticized the trial court, claiming it: should not have refused to instruct jurors on involuntary manslaughter; improperly decided the defendant could not offer a defense of “diminished capacity” without also admitting criminal liability; improperly denied a pre-trial motion to suppress Rogers’ statements to cops; and issued a harsh sentence in light of Rogers’ military service and experience with bipolar disorder.

For example, the Rogers defense asserted that they cross-examined witnesses under the theory that she accidentally shot the victim, so the court’s refusal to instruct jurors on involuntary manslaughter “basically” shut down her strategy. They had also maintained that though she signed the waiver of her Miranda rights, the waiver was not “free and unconstrained” because she experienced emotional turmoil from the shooting. She also mentioned lacking sleep during the police interviews, and that she and Mineo were drinking hours before the shooting.

The Superior Court held that the record supported that Rogers “knowingly, intelligently, and voluntarily waived her Miranda rights,” however. They also dismissed her problems with the sentencing, saying that the trial court did take into account issues such as the peculiar nature of the case, the couple’s prior alcohol use, and the defendant’s military and mental health history.

“Accordingly, we conclude that the trial court did not abuse its discretion in imposing a standard range sentence, and Rogers’s discretionary sentencing challenge fails,” they wrote.

Citing a review of the record, the Superior Court also dismissed any concern the trial court improperly decided that the jury’s verdict was against the evidence. From the lower court:

In this case, there was never any question whether [Rogers] fired the fatal shot. [Rogers] placed the call to 911 and stated to the dispatcher that she shot [Mineo] in the head and also told the responding officer, [Cpl.] Mertz, that [Mineo] placed the gun to his own head, then she pulled the trigger and [Mineo] collapsed onto the floor. Later, during an interview with [Detective] Bray and [Detective] Bohrman from the P[MRPD], [Rogers] confessed to the murder in very specific detail. Additionally, [Rogers] demonstrated to the detectives exactly how she was standing over [Mineo] while holding the gun to [Mineo]’s head.

[Mugshot via Monroe County Office of the District Attorney]