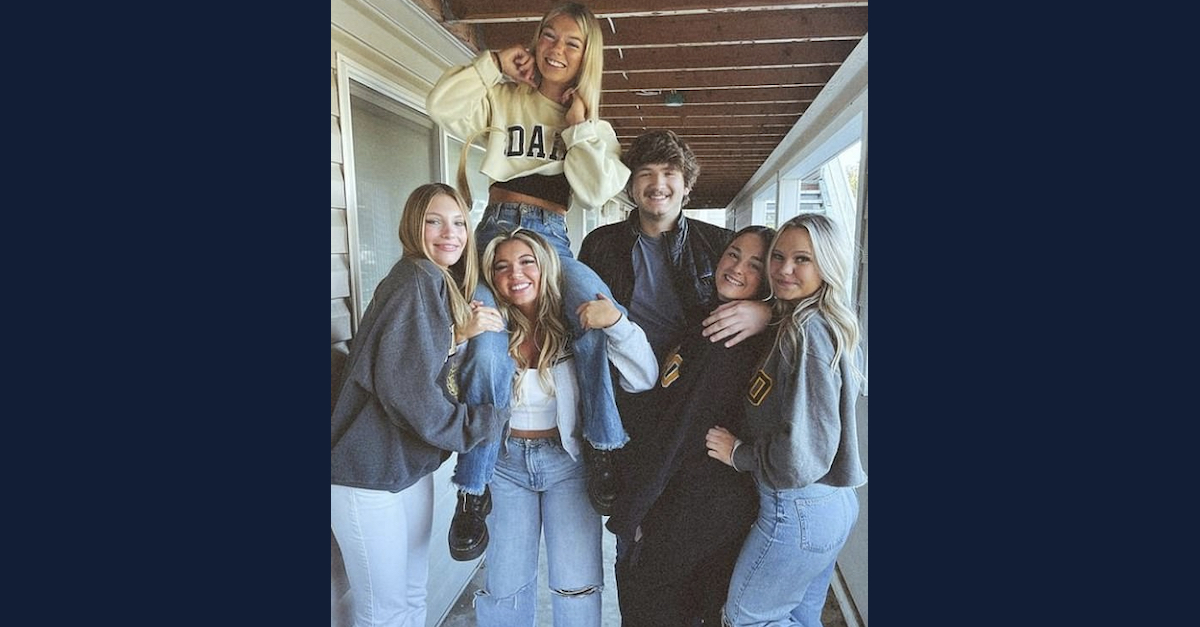 The two roommates who escaped a massacre at their Idaho boarding house in early November spoke publicly for the first time about the insurmountable loss they feel their four close friends were murdered.

During the early morning hours of Nov. 13, 2022, University of Idaho students Ethan Chapin, 20, Xana Kernodle, 20 Kaylee Goncalves, and Madison Mogen, 20, were stabbed to death at off-campus housing in the tiny, rural college town of Moscow. Some, but not all, of them were killed as they slept, according to the Latah County Coroner.

Details in the case have been few and far between. Local authorities have acknowledged the slow-moving pace of the investigation and recently backed off of previous statements about the extent to which the victims themselves were “targeted” in the disturbing – and exceedingly atypical for the sleepy university community – attack.

In a vigil held last Friday, Dec. 2, 2022, roommates Bethany Funke and Dylan Mortensen mourned their three roommates – as well as Chapin, Kernodle’s boyfriend, who was sleeping over on the night in question.

In a letter read by a pastor, Mortensen said each of the four “lit up any room they walked into and were gifts to this world.”

“My life was greatly impacted to have known these four beautiful people,” she continued, in comments reported by NBC News. “My people who changed my life in so many ways and made me so happy.”

Funke and Mortensen have been identified by police as “two surviving roommates” and are not considered suspects in the case. Detectives have previously said the two young women were asleep on the first floor of the three-story, six-bedroom house at the time the murders occurred. One of their cellphones made the initial 911 call around noon on the day the horrifying discovery was made. Responding officers said the victims were found on the second and third floors.

“I wish every day that I could give them all one last hug and say how much I loved them,” Mortensen’s letter continued, in comments reported by ABC News. She went on to say Mogen, her sorority sister in Pi Beta Phi, was the “big sister” she “always wanted.”

“Maddie and Kaylee were like second moms to me” Funke’s letter said, adding that they “changed the way I look at life.”

Funke also commented on the bonds the four shared with one another, calling Goncalves and Mogen “the inseparable duo.”

According to the New York Post, during the vigil it was also revealed that the duo were sleeping and slain in the same bed.

“They both would look at each other with so much love,” she said, of Chapin and Kernodle’s relationship. “I know somewhere Xana and Ethan are together keeping each other company watching us and telling us it’s OK.”

Late last month, police addressed concerns that the killer might attend the recent vigil. In a message seeking to allay those fears, Idaho State Police spokesperson Aaron Snell suggested the investigation was in the hands of the Gem State’s top detectives.

The father of one of the victims, however, isn’t buying that narrative.

According to the Post, Steve Goncalves criticized the law enforcement agents in charge of the case as “inexperienced,” citing their apparent lack of leads, one officer’s youth, and a person of interest who the father believes was ruled out as a suspect far too quickly.

“I don’t want anyone making mistakes in my child’s case,” he told the paper. “[They’re] not exactly the most tech-savvy people.”

Steve Goncalves said he has been working with private investigators but held out hope that police would come out on top.

“I’ll apologize,” he told the Post. “I’ll come out and say ‘These guys had amazing DNA or some evidence and good for them. I was giving them shit and I take it back.’ I’d love to be wrong, and we can get this guy.”

A major point of contention for the grieving father is a man who quickly scandalized the internet in the immediate aftermath of the slayings. In streaming footage, a man in a cap, dark jacket and light hoodie can be seen near Goncalves and Mogen, as they are ordering at a popular food truck.

In that footage, the man arrives right when they arrive, waits behind them while they order, walks with them, stands with them as they wait for their food, and speaks with other people at the truck. When the two women leave, however, he goes off in a different direction.

That man has since been identified and is not considered a suspect or person of interest in the investigation at this time, police said.

“Some people came to us and said that he’s out of the country, Steve Gonalves told the Manhattan-based tabloid. “He didn’t take a DNA test. So we would like [police] to tell us what his alibi was.”

The slain woman’s father also criticized the controversy over whether or not the victims or the house was “targeted.”

“Some people think that means they [the victims] were gambling or they were doing drugs or they were doing something that really made them [the killer] come after them,” he said. “My message is, I think having a couple of beers with your girlfriend, going home, texting and crashing out in the bed together, I think a lot of girls did that.”

Mogen and Goncalves had been best friends since 6th grade, according to their families, who spoke during the vigil.

“I know it will be hard to not have the four of them in our lives, but I know Xana, Ethan, Maddie and Kaylee would want us to live life and be happy,” she wrote. “And they would want us to celebrate their lives.”