‘Pure Evil’: Texas Woman Sentenced for Orchestrating Husband’s Murder and Begging for Help to Find His Killer on TV 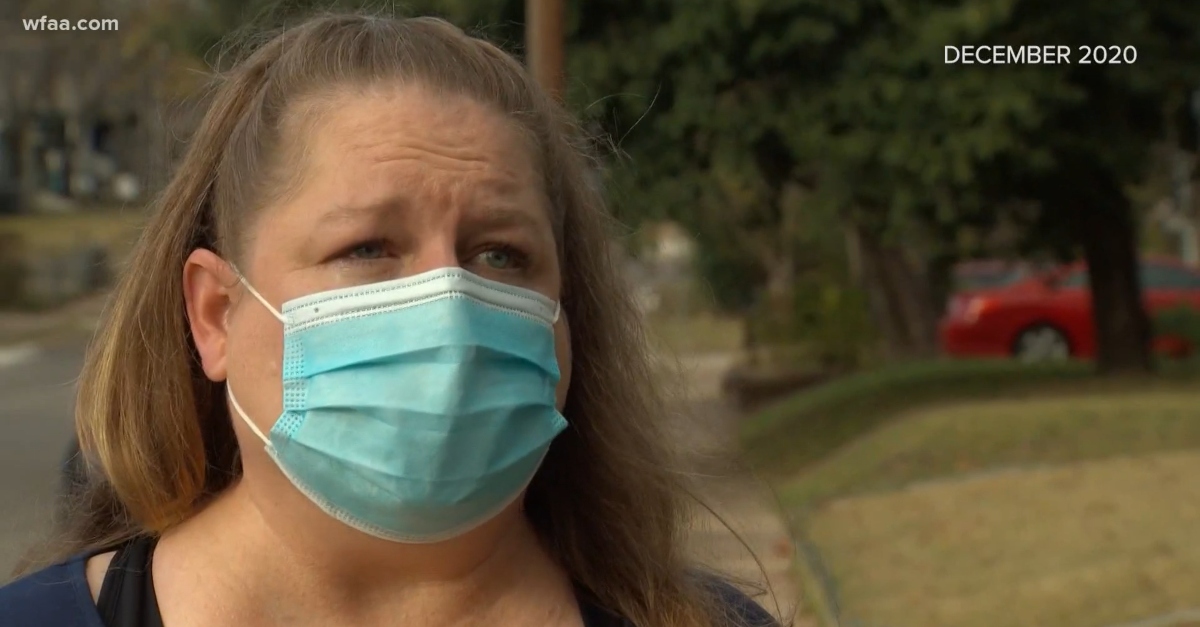 A Texas woman whose well-publicized crocodile tears for her dead husband briefly provided cover for her admitted role in orchestrating his murder was sentenced to life in federal prison on Tuesday.

Jennifer Lynne Faith, 49, was arrested in February 2021. A few months prior, 49-year-old American Airlines executive James Faith was shot and killed outside the couple’s home in Dallas.

“Oh my God!” she told local Fox affiliate KDFW days after the slaying, serving what authorities quickly alleged was a practiced naïveté to the media. “If you know what happened I need that for closure. I need to make some sense out of this.”

Investigators believe they made sense out of the killing soon enough and extracted a guilty plea after some digging.

After searching through the defendant’s cellular phone, police determined she and the alleged shooter, Darrin Ruben Lopez, 49, had been carrying on a “full blown emotional affair” and even bandied about a “five year plan” for how they would both end up together.

Lopez, the authorities say, was the now-sentenced murderess’s ex-boyfriend from high school and college — a boyfriend she just couldn’t quit. A Tennessee resident, police pinned him as the man who gunned down James Faith based on a tell-tale bumper sticker on the back of his pickup truck. That auspicious “T” sticker is alleged to line up with descriptions of the vehicle that sped away after a blue-masked man left his victim dying on the ground.

Authorities also obtained Lopez’s phone records. They allege that between Sept. 30 and Oct. 30 of 2020, the intentional widow and the alleged killer contacted each other some 14,363 times.

Lopez is charged with murder in the Lone Star State and with a gun crime by federal prosecutors. He has consistently maintained his innocence on both charges and has pleaded not guilty.

Jennifer Lynne Faith, however, told federal authorities that Lopez was the assailant in February 2021 when she pleaded guilty to using interstate commerce facilities to commission murder-for-hire.

In her plea agreement, the defendant admitted she sent Lopez, a disabled Iraq War veteran, gifts before and after her husband was shot seven times. Those gifts included two credit cards that she paid off using the proceeds of a GoFundMe set up to help her after the murder.

Jennifer Lynne Faith further admitted she deceived Lopez into thinking that her husband was abusive – by using two email accounts assuming the deceased man’s identity and the identity of one of her friends. With those false personas, she convinced her “one and only love” that James Faith was a sexual and physical abuser. In her plea, she made clear that nothing like that ever happened.

“Just a quick note to say I never lied to you and I never sent you emails from any account but mine, as me,” she said in an email to Lopez after her arrest. “There is a ton more I wish I could say, but I can’t right now.”

At the center of the admitted plot was her husband’s $629,000 life insurance policy. She kept Lopez up to date on how her claim was progressing. The duo mused about getting her a house in the Volunteer State with the funds.

Before putting up new walls there, the walls in Texas closed in on her.

He was arrested the next day.

She was arrested a little over a month later.

“Ms. Faith put on quite a performance in the wake of her husband’s murder,” U.S. Attorney Chad Meacham said in a press release. “She poured out her sob story to reporters and law enforcement, then headed home to orchestrate her coverup. But crocodile tears didn’t stop the feds. We were committed to getting justice for Jamie, and with the Judge’s imposition of a life sentence this afternoon, we’re one step closer.”

During the sentencing hearing, U.S. District Judge Jane J. Boyle described the defendant as “pure evil” before her life sentence was imposed.