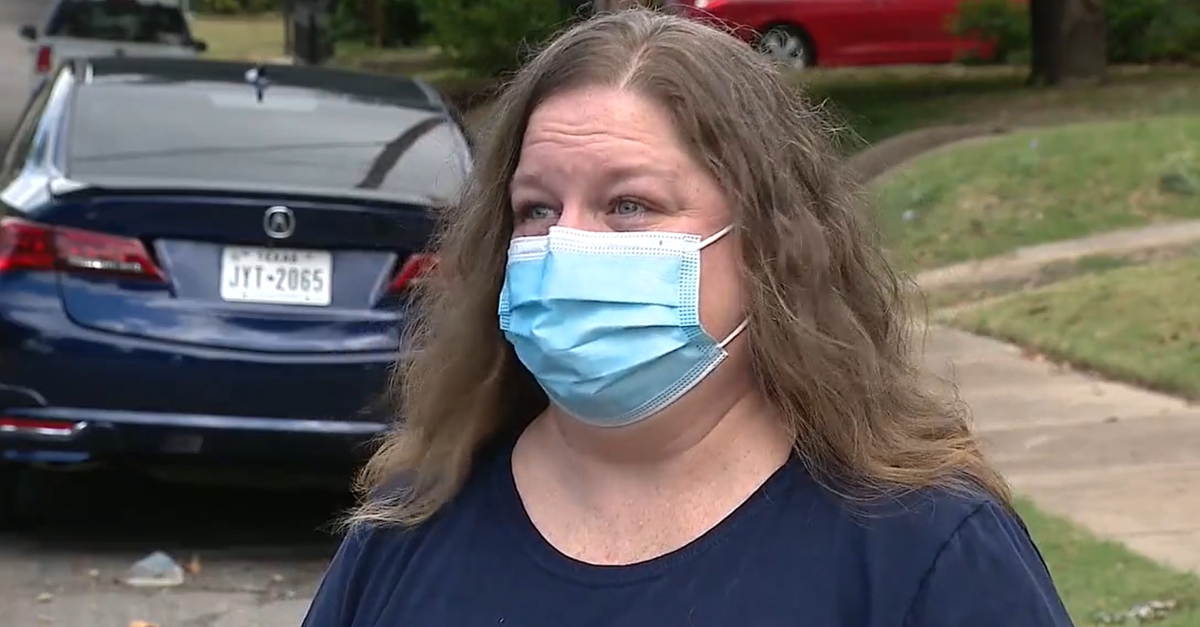 A Texas woman has pleaded guilty in federal court to orchestrating her husband’s murder.

Authorities previously said that Jennifer Lynne Faith, 49, got her long-distance, secret lover Darrin Ruben Lopez, 49, to ambush Jamie Faith, 49, on Oct. 9, 2020. She had appeared on local media outlets in the wake of this, begging for help finding the apparently unknown killer. Those were crocodile tears, say officials. She knew Lopez was the real gunman and was ordering him to get rid of evidence, authorities said.

“Jennifer Faith’s cold-blooded plot to murder her husband was made all the more heinous by the way she behaved after his death,” said U.S. Attorney Chad Meacham of the Northern District of Texas. “Even as she wept for her late husband on TV, Ms. Faith was corresponding with his murderer, plotting about how to cover up their crime. The U.S. Attorney’s Office, ATF, DPD, and our law enforcement partners remain committed to getting justice for Jamie. We are proud to hold Ms. Faith accountable for her crimes, and look forward to proving our case against her boyfriend, Mr. Lopez, in court. Truth will prevail in the end.”

The state murder case and the federal firearms case against Lopez is ongoing. He has pleaded not guilty.

Authorities previously said that Jennifer Faith pretended to be her husband online, goading Lopez into believing Jamie was violently abusing her.

Jennifer Faith now admits the abuse never happened, authorities said. Lopez allegedly drove all the way from Cumberland Furnace, Tennessee, to Dallas, Texas, to shoot and kill Jamie because he believed he was saving Jennifer.

Faith admits she knew that Lopez, who she called her “only and only love,” was disabled after suffering a traumatic brain injury serving in the U.S. Army in Iraq, authorities said Monday.

Just as she manipulated Lopez into killing Jamie, she also ordered him to hide the evidence, officials said. During the search, investigators knew the suspect vehicle had a distinctive “T” decal on the back window, so she urgently texted Lopez to get rid of the sticker. Authorities ended up using such communication against the both of them in court, however.

“I woke up in a bit of a panic… Something is eating away at me telling me you need to take the sticker out of the back window of the truck,” she texted. “I don’t normally overreact like this… really think you need to get that sticker off ASAP, like today.”

She later told him to get their stories straight, saying that they talk every night because she, as his old friend, was providing support to him as he was going through a divorce.

“Just in case they pulled phone records and ask,” she wrote in this account.

“Good idea,” Lopez allegedly wrote back. “You are doing good.”

Faith’s attorney Cody Lee Skipper declined to comment when Law&Crime reached out over the phone. Sentencing is set for May 26.