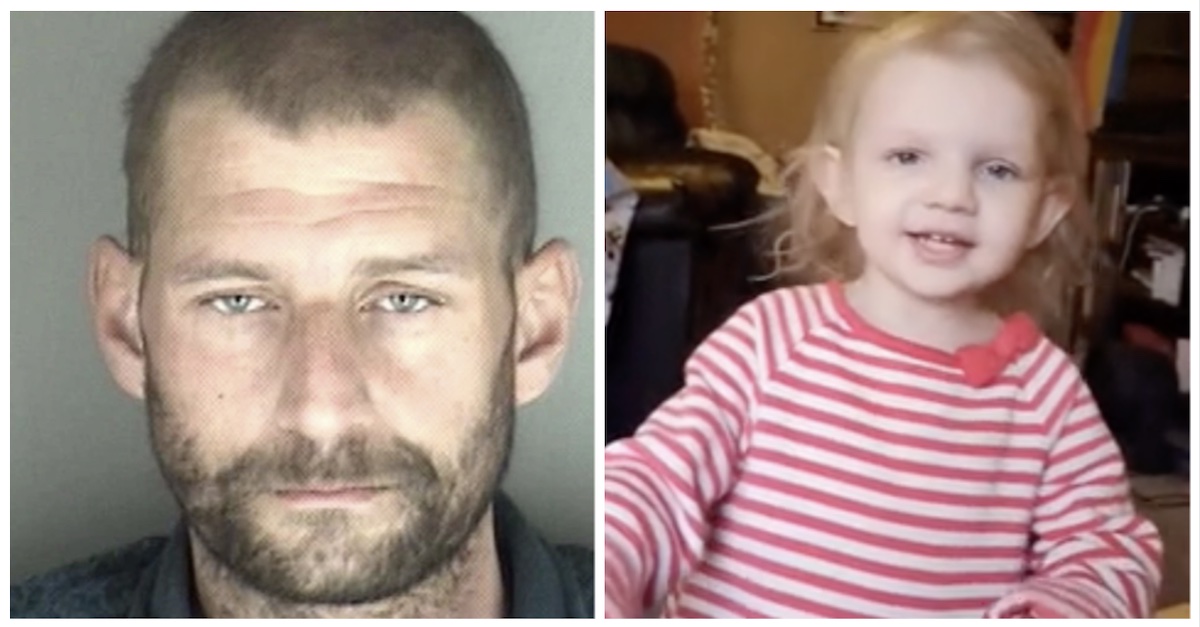 A state judge in Kansas has ruled that a man charged with murdering his 2-year-old daughter was mentally competent to stand trial for allegedly allowing the toddler to die of malnutrition.

Hearing result for Competency Hearing held on 8/24/2021 2:00 PM: Hearing Held. Misc. State by Brett A. Watson, defendant appears in person and by counsel Jonathan B. Phelps. Reporter Tracy Woodward. CH: Both counsel stipulate to the admission of Dr. Blakely’s report. Neither counsel present any other evidence. Court finds defendant competent to stand trial. Hearing is set for remainder of Preliminary Hearing on 08/26/2021 at 02:30P.M. NEP

Parrish’s ruling was based in large part on the report created by a mental health professional who conducted a psychiatric evaluation on Exon, according to a report from the Topeka Capital-Journal.

Officers with the Topeka Police Department took Exon into custody on Jan. 5, after the 45-year-old father called 911 to report that his young daughter, Aurora Exon, had stopped breathing. He told the 911 dispatcher that the toddler had recently been “starving herself,” the Capital-Journal reported.

First-responders and emergency medical personnel arrived on the scene but had no chance to save the child, who had been dead for several hours, with officers reporting that the child was in rigor mortis, a post-mortem stiffening of the muscles that typically “sets in 12 hours after death,” according to a charging affidavit obtained by the Capital-Journal. She was pronounced dead at the scene.

Deputy Shawnee County District Coroner Altaf Hossain, the forensic pathologist who conducted Aurora’s autopsy, determined that her cause of death was marasmus, a type of protein-energy malnutrition that resulted from negligence on the part of her caregiver. At the time of Aurora’s death, Exon had custody of both Aurora and her 4-year-old brother Theodore “Teddy” Exon. The children’s mother, Seonaid Nichols, reportedly testified in June that following her break-up from Exon, her housing situation was not well-suited to having children around so she had agreed to let the children stay with their father.

Others who testified during the proceedings included three employees from the Sheldon Child Development Center Head Start, the preschool that Teddy attended.

According to the Capital-Journal, all three employees spoke to having serious concerns about Exon’s physical and mental state, saying that in October 2020 he appeared visibly drunk when he picked up his son from the bus stop.

One of the preschool employees also recalled that Exon had tried to explain away his diminished physical state by saying he had been on pain medication for a neck injury and drank a single alcoholic beverage earlier in the day.

Michael Exon reportedly told the court that his younger brother had a long history of alcohol abuse, adding that his brother also lied about being sober for the last two years.

Exon, a Topeka native, is facing multiple felonies in connection with his daughter’s death, including first-degree felony murder, aggravated child endangerment, and failure to report the death of a child, court records viewed by Law&Crime show.

Under Kansas law, felony murder is defined as the killing of another person in “the commission of, attempt to commit, or flight from an inherently dangerous felony.”

According to earlier reports, investigators searched Exon’s home after Aurora’s death and discovered five empty liquor bottles from his bedroom, per the Capital-Journal.

[Image of suspect via Shawnee County Department of Corrections, image of Aurora Exon via screenshot of obituary video]