Pennsylvanian Who Killed a Man with a Crossbow Bolt to the Neck and Fled the Scene Claims He Was Mowing a Lawn at the Time of the Crime: Police 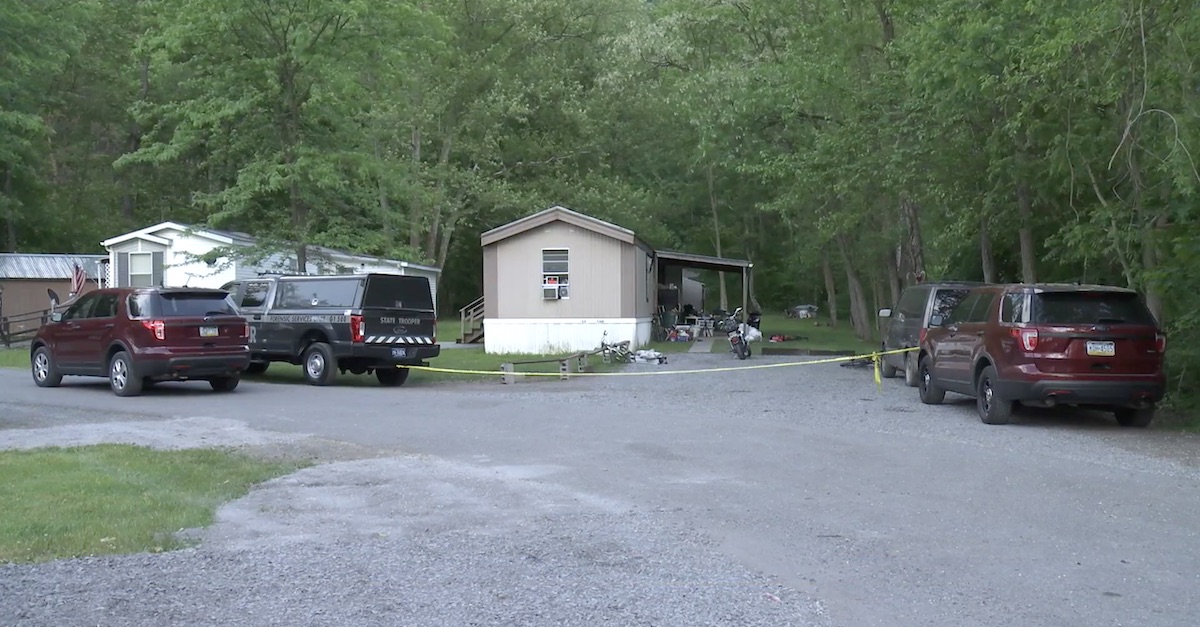 A 24-year-old Pennsylvanian fired a crossbow and killed a man over the weekend in a bizarre homicide that he tried to pin on the victim, Pennsylvania State Police allege.

Police said in a report obtained by Law&Crime on Monday that Alec Rhoads of Mt. Carmel shot Daren Lingenfelter, 53, of Claysburg on Sunday morning at a residence in Saxton, which is in Bedford County. According to authorities, the victim died at the scene.

WTAJ, citing state police’s account of a witness statement, reported that Rhoads took the weapon from a bedroom and said he wanted to shoot it, but shot Lingenfelter in the neck.

Rhoads is accused of doing nothing to help Lingenfelter and fleeing the residence (surveillance footage allegedly corroborates the latter allegation). Police reportedly alleged that the suspect denied ever going to the residence, denied knowing Lingenfelter and the witness, and claimed as his alibi that he was mowing grass in another county at the time of the fatal incident.

A family member has started a GoFundMe campaign to help pay for Lingenfelter’s funeral.

I am writing to you today to let you know about the loss of our beloved Daren. Daren was a wonderful man who touched the lives of those around him. His life was taken tragically, unexpectedly and way too soon. We are all absolutely devastated by Daren’s passing. We all want to give Daren the memorial he deserves, to honor his memory and say our goodbyes.

I am currently asking for donations to help Daren’s Mom and Family for the cost of Daren’s funeral expenses. Please consider donating, as any amount will truly help his Mom and Family during this difficult time.

Rhoads has been arraigned on charges of first-degree murder, third-degree murder, criminal homicide and assault, and is scheduled to appear in court next on June 2nd. He is currently behind bars at Bedford County Prison.