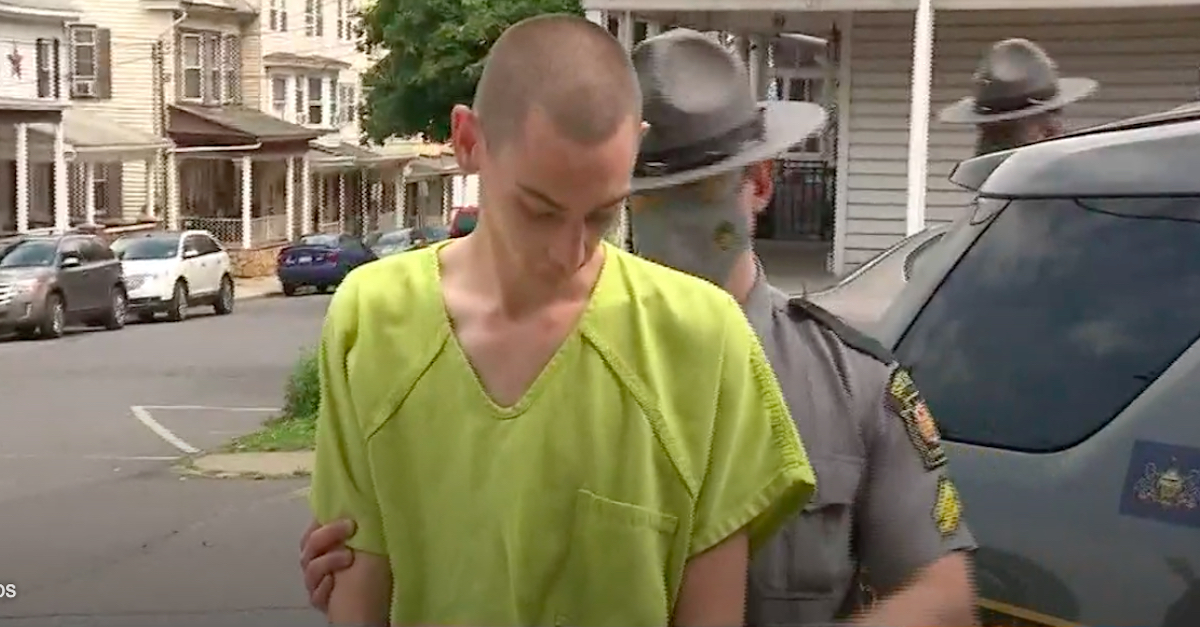 The Pennsylvania State Police on Thursday confirmed that a suspect had been arrested in connection with the murder of three people who were fatally shot Wednesday afternoon in an alleged dispute stemming from the sale of a used car, several local news outlets reported.

According to the reports, 23-year-old Matthew Joseph Reed was taken into custody after allegedly confessing to the murders of Susan Williams, 58, James Dicken, 59, and an unidentified 17-year-old male in their Northumberland County home. State troopers said that Reed, who had been living at the nearby Haven Ministry Center homeless shelter, entered the home located on Snydertown Road sometime between noon and 3 p.m. on Wednesday.

According to report from local ABC-affiliate WNEP, state troopers said that Reed had been planning on purchasing a used 1997 Toyota Camry from the victims, but later found out that they had agreed to sell the vehicle to a different buyer. Reed allegedly told authorities that he decided to steal the 1997 Toyota Camry, bringing a gun with him to the home in case he needed to kill the victims. Reed allegedly told troopers that after he entered the home, an argument erupted and he “snapped and started shooting” until all three people in the home were dead. He then proceeded to flee in the vehicle.

The report further stated that law enforcement authorities discovered the stolen vehicle Wednesday evening at the Sunbury boat launch, located approximately 8 miles from the scene of the murders. They later arrested Reed at the Haven Ministry Center.

Court documents obtained by The Daily Item revealed that investigators interviewed an unidentified witness who knew Reed, and told authorities that Reed had confessed to the triple murder and then asked the witness to tell investigators that the two of them had spent the entire day together. The witness also told authorities that Reed asked if they would be willing to hide the firearm he used to commit the murders, but the witness said they declined.

Reed is facing multiple felony charges, including three counts of criminal homicide, and one count each of robbery of a motor vehicle, tampering with evidence, and illegal possession of a prohibited firearm. He was detained at Northumberland County Prison and appeared for his arraignment on Thursday.

During the proceedings, Reed allegedly told the court that he was “not a horrible person,” adding that he “made a mistake,” per WNEP. The outlet also reported that Reed “wanted to know when he would be released on bail,” but quickly found out that the judge had denied bond in his case.