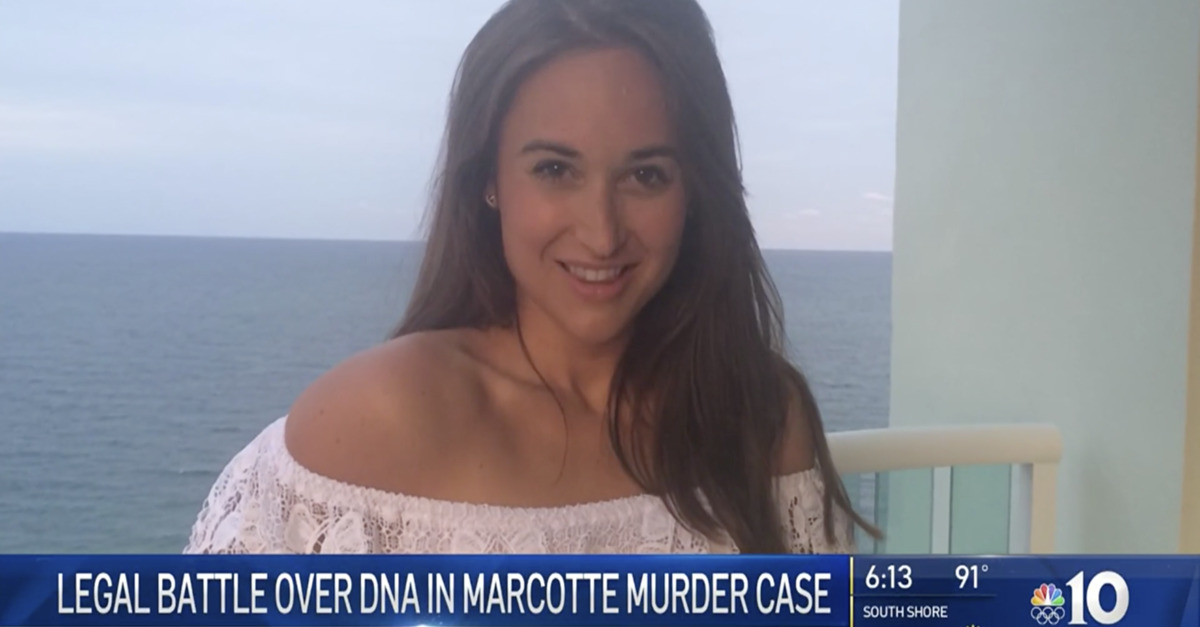 A man accused of murdering a Massachusetts jogger several years ago wants to have DNA evidence scrubbed from the record due to the language barrier’s impact on the circumstances leading up to how the government obtained that evidence in the first place.

Angelo Colon-Ortiz, 35, only speaks Spanish. He stands accused of murdering Vanessa Marcotte, the 27-year-old jogger whose death shocked and scandalized the Princeton community in 2016.

WORCESTER – Angelo Colon-Ortiz, the man charged with murdering Vanessa Marcotte in Princeton in 2016, has again requested that DNA evidence prosecutors say link him to the crime be thrown out. Evidentiary hearing underway. @telegramdotcom pic.twitter.com/9tlNjHUOpe

Marcotte, a Google employee from New York City, was visiting her mother when she died. On her last day in town, she went out for a jog in anticipation of heading to Boston where she planned to catch a bus back to Manhattan. Marcotte never returned.

The victim’s disappearance was short-lived. Her body was found near her mother’s home several hours later–burnt and partially clothed.

Months passed from that fateful day in August 2016 until March of 2017 when officers obtained a cheek swab from Colon-Ortiz by knocking on his door and requesting it. The defendant, who had pleaded not guilty to the murder, was arrested that April on charges of aggravated assault and battery and assault with intent to rape.

He was indicted for murder in June.

Authorities claim that Colon-Ortiz’s DNA matched a genetic profile that was recovered from underneath Marcotte’s fingernails.

The suspect’s defense attorneys say the police botched the collection of their client’s DNA sample because they impressed upon him the idea that he was mandated to oblige the request.

John G. Swomley and Eduardo A. Masferrer noted that Massachusetts State Police Trooper Michael Travers and Lieutenant Robert Parr are not Spanish speakers. And, the attorneys also argued, Trooper Thiago Miranda does not speak enough Spanish to qualify as a translator–but he did so anyway.

“I can’t say I am a professional interpreter,” Miranda said during a suppression hearing on Wednesday before Worcester Superior Court Judge Janet Kenton-Walker, according to The Telegram & Gazette.

“Did you necessarily understand every word you were reading,” Masferrer asked during the proceedings.

The officer went on to claim that he wasn’t very good at reading Spanish but insisted that he looked up after each sentence to make sure the defendant understood what was being read to him. The defense attorney countered that this was basically a useless gesture since Miranda himself didn’t even understand what he was reading.

Authorities, however, claim that Colon-Ortiz was well aware of what happened on the day he gave away his genetic material.

According to Troopers Miranda, Travers and Assistant District Attorney Jeff Travers, the defendant asked if providing the sample was voluntary and was told that it was–but he agreed and signed a consent form written in Spanish anyway.

Parr also testified that numerous men in the area had been asked to provide DNA samples and that Colon-Ortiz was the 325th person who provided such material.

An ancillary argument raised by the defense relied upon the theory that Colon-Ortiz’s rights were violated by the initial interaction because officers didn’t advise Colon-Ortiz’s girlfriend that she didn’t have to let them into their house or explain that the defendant couldn’t be arrested if he declined to go along with the DNA request.

No decision was reached. The hearing continued on Thursday.

[image at the top via screengrab/WBTS, image of Marcotte via Massachusetts State Police, Colon-Ortiz via CBS Boston screengrab]