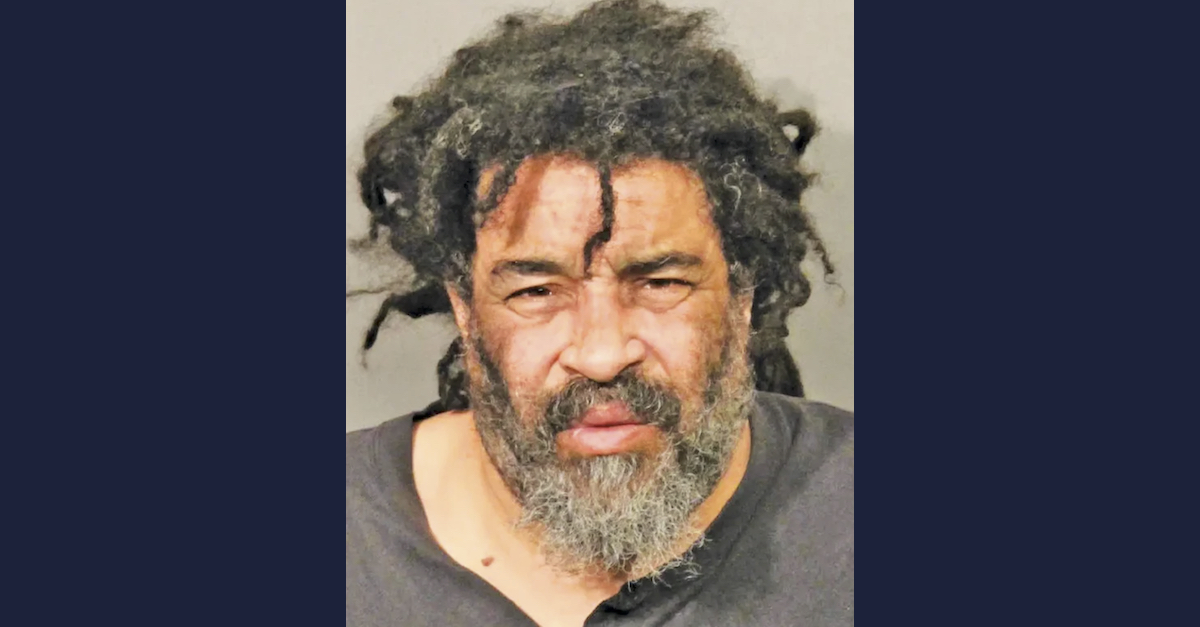 The cold case murder of a California newspaper columnist in 1985 was tragic and puzzling for years. The ensuing investigation was riven by an error that stole a man’s liberty for nearly two decades, but the state now says true justice has been served at last.

Jane Hylton was 54 years old when she was beaten and stabbed to death in the bedroom of her employer’s home in the census-designated place of El Dorado Hills, California on July 7, 1985.

The home in question was a full house around when Hylton was killed – but coincidentally quite empty at the exact time of the violence.

Hylton and her teenage daughter, Autumn Anker, were staying at a home owned by her Foothill Times employer, Wilma Klein, because Hylton was at odds with her husband. Also staying there was Klein’s daughter, Maureen Klein and her boyfriend, and Klein’s grandson Ricky Davis and his girlfriend, Connie Dahl.

Davis was the one who found the body after returning from a local party with Dahl. When the couple arrived around 3:30 a.m. on the day in question, they found Anker waiting outside, who came back late from hanging out with friends and didn’t want to get in trouble with her mother. The three entered the house together; Davis found Hylton on his mother’s blood-soaked bed. Klein and her boyfriend were not there as they had embarked on a camping trip the night before.

Archie Hylton, the widower, was quickly arrested but provided an alibi, as well as genetic material for testing, and was just as quickly released.

For 14 years, the case moved at a glacial pace.

In 1999, El Dorado County Sheriff’s detectives Richard Strasser and Rick Fitzgerald were assigned to the newly re-opened cold case. They eventually and wrongly came to consider Davis the suspect.

This error was based on a news article where Dahl was quoted saying Hylton’s body was “lying in bed, like someone placed her there in the position she would normally sleep in.” This impression was contrasted with an unclear audio recording where, Fitzgerald falsely claimed, Davis said Hylton’s body was found “lying on the floor.”

During a three-hour-long interrogation in November 1999, Strasser and Fitzgerald truthfully said Davis was their suspect. Then the two detectives lied to Dahl – saying they had DNA evidence that would tell them everything about Hylton’s murder. In reality, no DNA testing had ever been conducted in relation to the case at all.

Still, Dahl initially stood by her story, which also happened to be true. After she provided details strictly consistent with her original interview, Strasser and Fitzgerald doubled down on their approach.

The National Registry of Exonerations, a joint project between three law schools across the U.S., explains what happened this way:

The detectives threatened Dahl with a charge of murder and said that if she cooperated, she would be treated leniently. They showed her crime scene photographs and fed her numerous facts, including that Hylton was bitten during the attack.

By the time the interrogation ended, Dahl’s account had evolved to fit the facts the detectives fed to her. Now, Dahl said that Davis punched Hylton in the face during a fight about Autumn, which ultimately ended with Hylton’s death. Dahl said that she acted as a lookout, and that Autumn looked on as Davis stabbed Hylton to death. Dahl and Autumn then moved Hylton’s body from the floor to the bed, and all three left to buy alcohol and practice the story they would tell police.

Dahl was unable to describe the murder weapon, nor when and where Davis retrieved it. She also could not say where he disposed of the weapon and his bloody clothes.

Subsequent interviews with Anker and Davis yielded different results. They stood by their original stories. The detectives again lied to Davis, saying that Anker had also implicated him. Anker insisted she had no reason to protect Davis – even when threatened by the detectives with culpability for biting her own mother during the murder.

In a second interview, however, Dahl pretended to remember other facts about the crime that yielded an increasingly fanciful storyline about the killing that included Anker being present at the crime and “sprayed” with blood. A third interview resulted in Dahl saying she was probably the one who bit Hylton. Threatened by the detectives and ultimately charged by local prosecutors, Dahl eventually testified against her ex-boyfriend in exchanged for a plea deal on a manslaughter conviction.

Dahl was ultimately sentenced to a year in county jail.

Additional falsehoods from various other witnesses were relied upon during Davis’ second trial for Hylton’s murder; his first resulted in a mistrial. The innocent man testified in his own defense and various pieces of witness testimony worked in his favor but he was convicted in August 2005 and sentenced to 16 years to life in prison a month later.

Davis reached out to the Northern California Innocence Project in 2006 and a thorough re-investigation of his case was performed. This time, substantial DNA testing was conducted in conjunction with the reformed El Dorado County District Attorney’s Office. In April 2019, Davis was exonerated and freed.

Five days after Davis was released, Michael Green, 54, was arrested – largely on the strength of DNA recovered from the bite mark found on Hylton’s shoulder.

Earlier this year, Green pleaded no contest to murder in the second degree, according to The Mercury News, and the defendant was sentenced to 15 years to life in prison earlier this week.

At the time of Hylton’s slaying, Green was 17 years old. He met Anker in park earlier that same evening and followed her home; unbeknownst to the girl, he broke inside, killed her mother and left.

“Justice has been served, but it took too long, and some awful mistakes were made in the past to get to this moment,” El Dorado County DA Vern Pierson, said in a press release. “I have personally apologized to Ricky Davis and also want to say we are sorry to Jane Hylton’s family for the mistakes in handling this case in the past.”

Davis is currently homeless, according to Village Life. He has an $18 million lawsuit pending against El Dorado County.