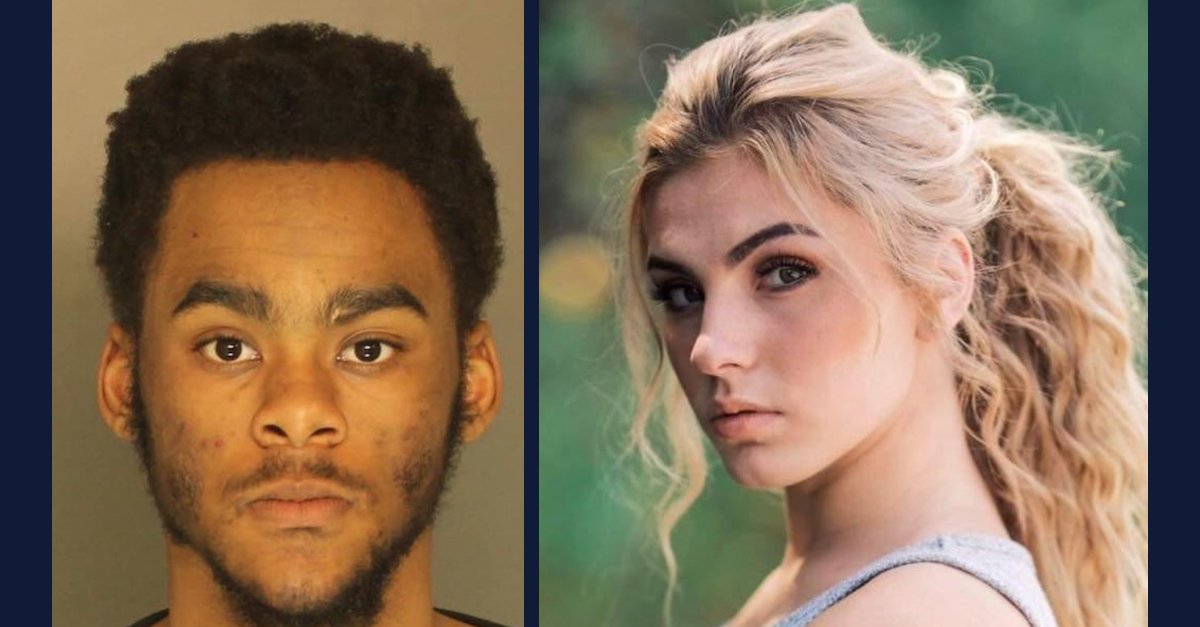 A Pennsylvania man will spend life in prison, plus an additional 20 to 40 years, over the 2019 murder of a high school senior.

DaiQuan Dickerson, 20, was convicted of shooting and killing 17-year-old Emily Shoemaker by York County Jurors in March of this year. Prosecutors offered revenge as the motive. Dickinson reportedly said Shoemaker and two of her friends had earlier robbed a low-level drug dealer who allegedly worked for Dickerson over a minuscule amount of marijuana.

Shoemaker contacted that man over Snapchat and inquired about buying a quarter ounce for $120. Once he was in Shoemaker’s car, however, two men grabbed him, choked him, and constrained him–though he was eventually able to flee. The middle man then ran back to his boss, somewhat shaken, and explained what happened.

Dickerson was said to have been enraged by the small loss.

The defendant then chased down the green Kia that belonged to Shoemaker and fired several shots into the car, which sped away before ultimately crashing into a tree. Shoemaker died. One of her friends suffered a broken arm. The other was also shot but survived, according to court documents cited by the York Daily Record.

That middle man, Sterling Frantz, testified for the prosecution during Dickerson’s 7-day-long trial.

Frantz testified that Dickerson repeatedly asked about Shoemaker’s car to verify it was hers. But, the witness said, he tried to dissemble and say he couldn’t be sure because he was worried about what would happen next. That hesitation apparently didn’t deter the shooter.

Frantz testified that the defendant then drove into the wrong lane, rolled down the front-passenger window and fired several shots with a 9mm handgun into Shoemaker’s Kia before later bragging that he had shot the victim “10 times,” the Daily Record reports.

The man who was robbed has also been charged in connection with the murder and shootings. He said he did not receive any promises from prosecutors for his testimony but is hoping for some credit.

The defendant’s attorney Farley Holt cast his client as one of many victims in a drug deal gone horribly wrong.

“This case is sad, a truly, truly sad case,” he told jurors during closing arguments in late March, according to the York Dispatch. “Someone’s dead, and someone else got shot over a small bag of weed.”

“My guy’s the fall guy for everything,” Holt argued. “Everything.”

Dickerson would also testify during the trial that Frantz was actually the shooter and that he told him to drive away because the people inside of the Kia were actually shooting at them, too.

“We’re obviously really pleased with the verdict,” York County District Attorney Dave Sunday said after the verdict was returned. “At the same time, multiple families lost people today. And there is no winner.”

Dickerson has maintained his innocence throughout the case against him. So have others. A brief courtroom contretemps erupted during the sentencing hearing late last week as Judge Gregory M. Snyder opined on the severity of the punishment.

Remarking on how Shoemaker lost her life “over a couple of bucks” in what amounted to a “senseless crime,” the judge noted that Dickerson would be spending the rest of his life behind bars.

“It is a severe penalty but not unwarranted — and, certainly, may be some but not complete solace to those who loved and cared for this young woman,” Snyder went on, according to the Daily Record. “Nonetheless, we believe that justice has certainly been served.”

At that moment, a man sitting behind Dickerson stood up and addressed the court.

He said: “Yeah, it would’ve been served if you got the right guy.”

The unknown man then left without incident.

The victim’s father, Steve Shoemaker, offered his thoughts–and forgiveness for Dickerson–in a victim impact statement read by prosecutor Kara Bowser on the morning of May 27, 2022.

“I only hope he will look in the mirror and ask himself, ‘Was it worth it to take the life of my daughter, Emily?” the deceased girl’s father said. “He will have a lifetime in prison to think about it.”

During the hearing, the defendant insisted upon his innocence. He also said he intends to appeal his conviction and sentence.

“I just want to give my sympathy out to the family even though I wasn’t the shooter,” he said, according to the Dispatch.