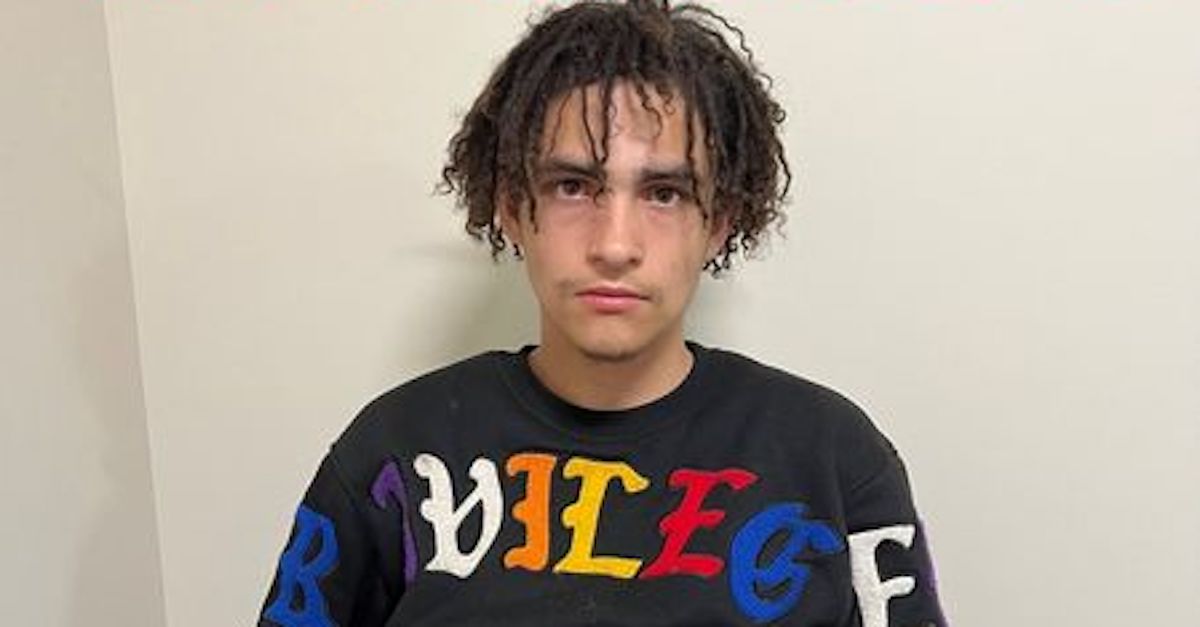 A 20-year-old South Carolina man was arrested this week for his alleged role in a drive-by shooting that left a 6-year-old child dead earlier this month, law enforcement authorities announced. Michael Lloyd is the third suspect arrested and charged in connection with the death of young Winston Hunter.

According to Orangeburg County Sheriff Leroy Ravenell, authorities took Lloyd into custody without incident at approximately 2 a.m. Monday morning in Ontario, New York. He is currently facing one count of murder, according to the sheriff’s office.

“We had law enforcement across the country looking for these suspects. I said we would not stop until we found them,” Ravenell said in a press release following the arrest. “A child was retiring for the night after an evening with family and friends. And now he’s gone because of these cowards.”

Ravenell on Sunday held a press conference, where he announced that 19-year-old Ethan Thorne Anderson, of West Columbia, had been taken into custody on Friday and charged with one count of murder, three counts of attempted murder, and four counts of possession of a weapon during the commission of a violent crime in connection with Hunter’s death.

An unidentified 17-year-old suspect was also arrested in New York and charged in the deadly shooting. The suspect’s name was not released because of his age. Ravenell said authorities were already working to have the juvenile extradited back to South Carolina, according to a report from Charleston CBS affiliate WCSC-TV.

On the evening of Friday, May 13, Hunter and his family returned to their home on McClain Street in Woodford after a family gathering, Ravenell said. The 6-year-old was inside of his home at approximately 11:35 p.m. when a deadly bullet was allegedly fired from a vehicle passing in front of the home. Cameras in the area allegedly captured the vehicle, a two-door gray sedan, fleeing the scene and turning onto Highway 321 minutes after the shooting.

During Sunday’s press conference, Ravenell said investigators believe that the suspects initially met in West Columbia Friday evening before driving to the Woodford area where they planned to either buy drugs or commit a drug-related robbery. He clarified that Hunter and his family were not party to the alleged drug deal or robbery and were unintentional victims of the subsequent violence.

“It all leads back to marijuana,” Ravenell said. “Now, 6-year-old Winston and his family’s house was shot up accidentally. Let’s get that out there. There was no marijuana there. They were not looking for anybody there. Now that’s still under investigation as far as the area, but I can tell you that without a shadow of a doubt.”

Investigators released surveillance footage of the vehicle believed to be involved in the shooting on May 17. Officers with the NYPD notified the sheriff’s office that a vehicle matching that description had been pulled over in New York City with two people inside on May 18. Authorities in New York stopped the vehicle again on May 19 and arrested the 17-year-old suspect.

Several firearms allegedly used in the crime have also been recovered.

“We have recovered two of the three guns, weapons, that were used in this crime,” Ravenall said, according to WCSC.

Authorities urged anyone with additional  information in connection to the case to contact the Orangeburg County Sheriff’s Office at 803-534-3550 or Crimestoppers at 1-888-CRIME-SC.