Oregon Killer Released from Prison in 1981 is Back Behind Bars After Admitting to ‘Deliberate, Cold-Blooded’ 1996 Murder of Wife 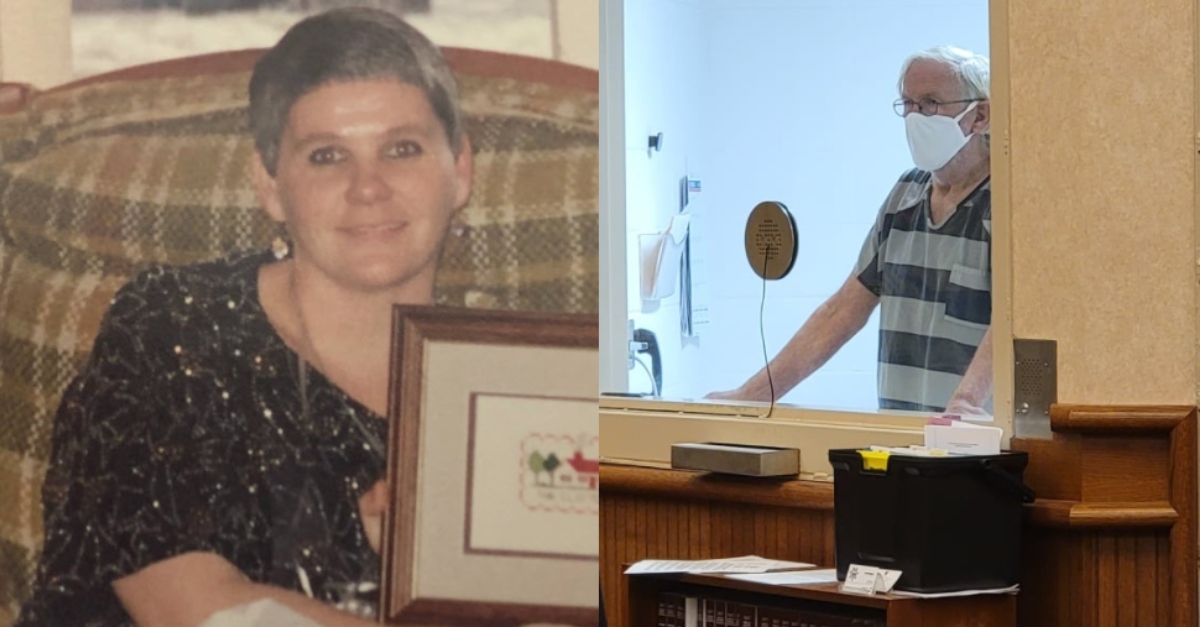 A 69-year-old Oregon man will likely spend the rest of his life behind bars after admitting to killing his wife in more than 25 years ago. Polk County Circuit Court Judge Norman R. Hill on Thursday ordered Brian Lee Clifton to serve a sentence of life in prison for the 1996 slaying of his wife, 43-year-old Kathy Thomas, records reviewed by Law&Crime show.

Prior to Judge Hill handing down the sentence, Clifton pleaded guilty to one count of first-degree murder in Thomas’ death. Clifton will be just under 100 years old when he is first up for parole, depending on how much time he is credited with having already served.

As previously reported by Law&Crime, this was the second time Clifton had been sentenced to life in prison. He was previously convicted in the 1973 murder of a motel employee who was strangled to death; he was given a life sentence in that case. However, he was reportedly  released on parole in 1981 after serving less than a decade. Clifton initially claimed that the employee was trying to rob him but later “broke down and cried and confessed to the killing, saying that he went to rob the motel and killed an innocent person” and provided a “detailed confession” of the crime.

Three years after his release from prison, Clifton married Kathy Thomas in Oregon.

According to a press release from the Polk County Sheriff’s Office, a pair of teenagers in September 1996 discovered the body of an adult female in the hills overlooking the Mill Creek area in rural Polk County. The body was found wrapped in tarp and bound in rope, leading investigators to determine that her death was a homicide. However, authorities at the time were unable to positively identify the victim.

The last time anyone heard from Kathy was when she reported a hit-and-run accident to local police in March 1996, deputies said. But no one ever filed a missing persons report for Kathy and she and Clifton were never formally divorced.

Thomas had previously lost custody in Oklahoma of her children from her first two marriages, and she herself had been adopted in Oregon as a child. Her family did not know she died in 1996, authorities said.

“Polk County Detectives were contacted by Yolanda McClary, who is a retired Crime Scene Investigator with the Las Vegas Metro Police Department and was working on developing a new TV show to financially assist agencies in identifying unidentified remains in cold cases,” deputies wrote. “In 2019, a DNA profile was developed from the remains and genealogists working with Ms. McClary assisted Polk County in identifying the woman over a 10 month research process. The remains were determined to be that of Kathy Thomas, born in Oklahoma in 1953.”

State, federal, and local investigators worked jointly and located Clifton in December 2020 in another state. He was taken into custody by local authorities.

“After the arrest, Polk County Detectives interviewed Brian and he admitted to his involvement in the murder of Kathy,” investigators wrote.

According to a report from the Salem Reporter, Clifton confessed to planning to killing — and then actually killing — Kathy by stabbing her to death.

“He told them how he had prepared to kill her. He had gotten a good knife, a good-sized knife, placed it in his bedside table,” Polk County Deputy District Attorney Alicia Kay Eagan reportedly said during Thursday’s sentencing hearing. “He lay beside her for several hours. She was asleep when he put the knife into the back of her neck the first time.”

Judge Hill reportedly lambasted Clifton for a lackluster apology about “what happened” to Kathy.

“You apologized for what happened,” Hill reportedly said. “This wasn’t something that just happened. It wasn’t an accident. It was a deliberate, cold-blooded murder.”