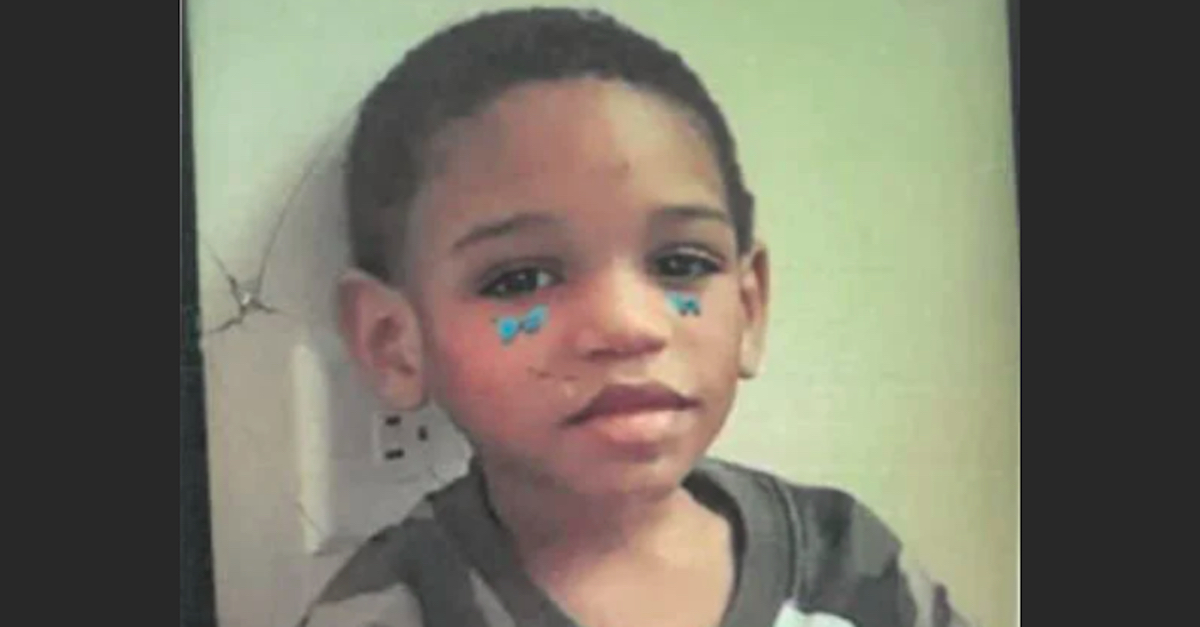 A mother in North Chicago was arrested and charged with killing her 6-year-old son on his birthday before allegedly abandoning his remains in another state and reporting him missing.

Jannie M. Perry, 38, now faces charges of first-degree murder, concealment of homicidal death, and obstruction of justice in the death of her son, Damari Perry, whose body was discovered near an abandoned home in Gary, Indiana early Saturday morning, WGN-TV reported.

Two of Damari’s siblings also face charges in the boy’s death. One of those siblings is 20-year-old Jeremiah R. Perry. The other sibling is a minor and was not identified by authorities. Jeremiah Perry was charged with one count each of aggravated battery causing great bodily harm to a child under 12, concealing a homicidal death, and obstruction of justice. The minor sibling was charged with concealing a body.

Lake County State’s Attorney Eric Rinehart reportedly said that on Dec. 30 Damari was “placed into a cold shower for an extended period of time, held there by family members at the direction of the mother.”

“We believe the mother may have been involved also, and at some point, he became unresponsive, vomited and died,” the prosecutor said. “I’ve been working in criminal law for almost 20 years now and this is one of the worst cases I’ve seen.”

According to Rinehart, Damari’s family did not call 911 or seek medical treatment after he began to vomit and lost unconsciousness. Instead, they allegedly left him to die and then kept his body in the family home and car for several days.

The family was reportedly angry with the 6-year-old boy over something he did on Dec. 29 and forced him into the cold shower on Dec. 30 as punishment. Authorities have not yet disclosed what the child did to anger the other members of his family.

The family reportedly waited nearly a week after her son’s death to falsely file a report with the Skokie Police Department in Illinois claiming the boy had gone missing on Jan. 5. According to a report from Newsweek, the boy’s 16-year-old sister allegedly told investigators that a man on Jan. 4 drove her and Damari to a party in Skokie where she passed out from drinking too much alcohol. She reportedly said that when she woke up, the man and her brother were both gone.

The girl’s story reportedly began unravelling, however, as investigators interviewed witnesses who were at the party, as well as other members of the family. It is unclear if the 16-year-old sister is the minor sibling charged with concealing a body.

Rinehart reportedly said the family’s story quickly proved to be “completely false.” Interviews with family members reportedly led police and FBI agents to the boy’s remains, which had been discarded next to an abandoned home located in the 700 block of Van Buren Street in Gary, Indiana.

“They’ve been obstructing justice for many days. They’ve been throwing investigators off for many days and that needs to be dealt with also,” Rinehart said. “Prosecutors, investigators, and victim support professionals worked late into the night and into the early morning to make sure we understood this tragic crime. Now, because of their rigorous and detailed investigation, we will be able to bring Damari’s killers to justice in a courtroom.”

The Lake County Coroner’s Office is scheduled to perform an autopsy on Damari’s remains Monday to determine the cause and manner of the child’s death.

The Times of Northwest Indiana reported that a judge in the 19th Judicial Circuit in Lake County on Sunday ordered Jeremiah Perry to remain in detention on $3 million bond. A hearing for Jannie Perry was originally scheduled for Sunday but is now expected to take place on Monday.

A GoFundMe page has been set up to help pay for Damari’s funeral and memorial expenses.