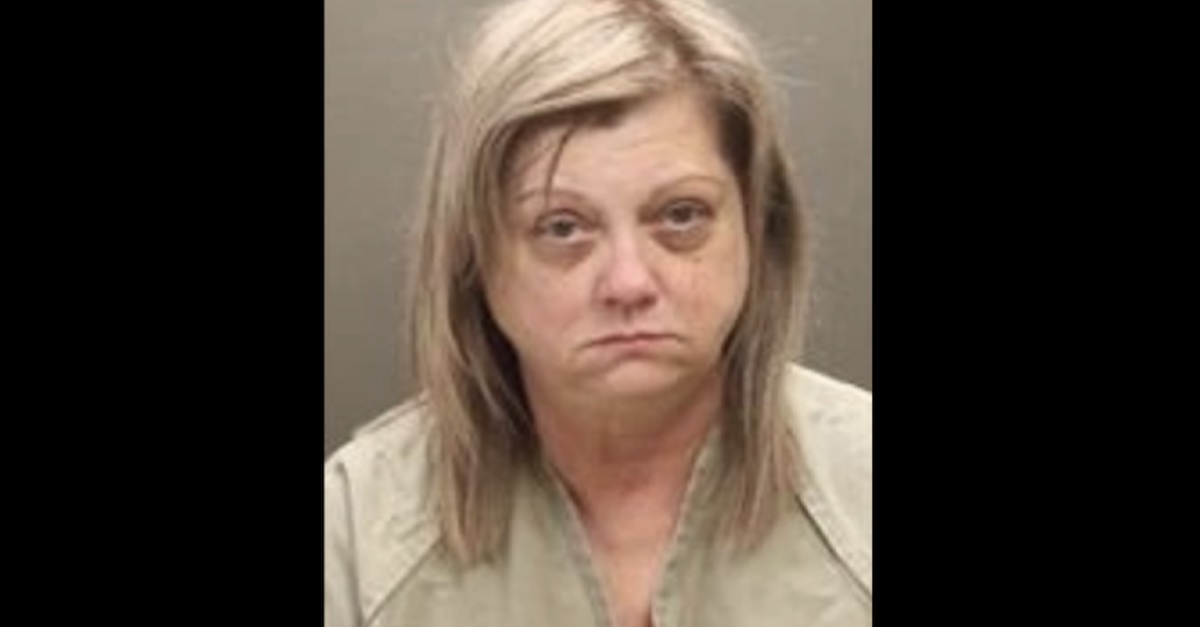 An Ohio woman accused of shooting her husband during an argument at a residence in Columbus over the weekend now faces a murder charge.

Teah Dunkle, 58, allegedly shot Arthur Dunkle, 62, late Sunday night. The suspect reportedly returned to the scene and surrendered. The incident, which at first left the victim critically injured, led Teah Dunkle to be charged with felonious assault on Monday. Jail records reviewed by Law&Crime show that the charge was upgraded to murder on Tuesday after Arthur Dunkle died that afternoon. The approximate time of death was reported as 2:38 p.m. on Aug. 17.

It’s not immediately clear what the argument between the husband and wife was about.

Franklin County, Ohio court records show two closed foreclosure cases from years ago in which Teah Dunkle and Arthur Dunkle were listed as defendants. Documents say those cases originated in 2003 and 2008, respectively. Those documents indicated the Dunkles had an address in Reston, Virginia, which is around a half-hour drive away from the nation’s capital.

A search for Arthur Dunkle of Virginia showed that the deceased went by “Skip” and worked in public and private transit agencies for over two decades. A press release from late Jan. 2018 said that the Greater Dayton RTA (Regional Transit Authority) had hired Dunkle as the new Director of Security Safety.

“Skip Dunkle will use his knowledge of over 20 years’ experience at public and private transit agencies he has worked for in the past to help develop, implement and monitor the safety, security, risk management training and accident grading as the Director of Security and Safety for the RTA. For the past six years he has worked as the Public Transit Manager for the Ohio Department of Transportation (ODOT),” the press release said. “Dunkle’s other prior work experience includes his role as the Senior Director of Operations for the Fairfax County Department of Transportation and as a General Manager with the Washington Flyer Coach Service in Virginia.”

A search of social media showed Teah Dunkle (identified online as Teah Miller Dunkle) and “Skip” together at a concert in Tennessee as recently as July 4.

“Had a incredible weekend together back to the real world tomorrow,” she said. 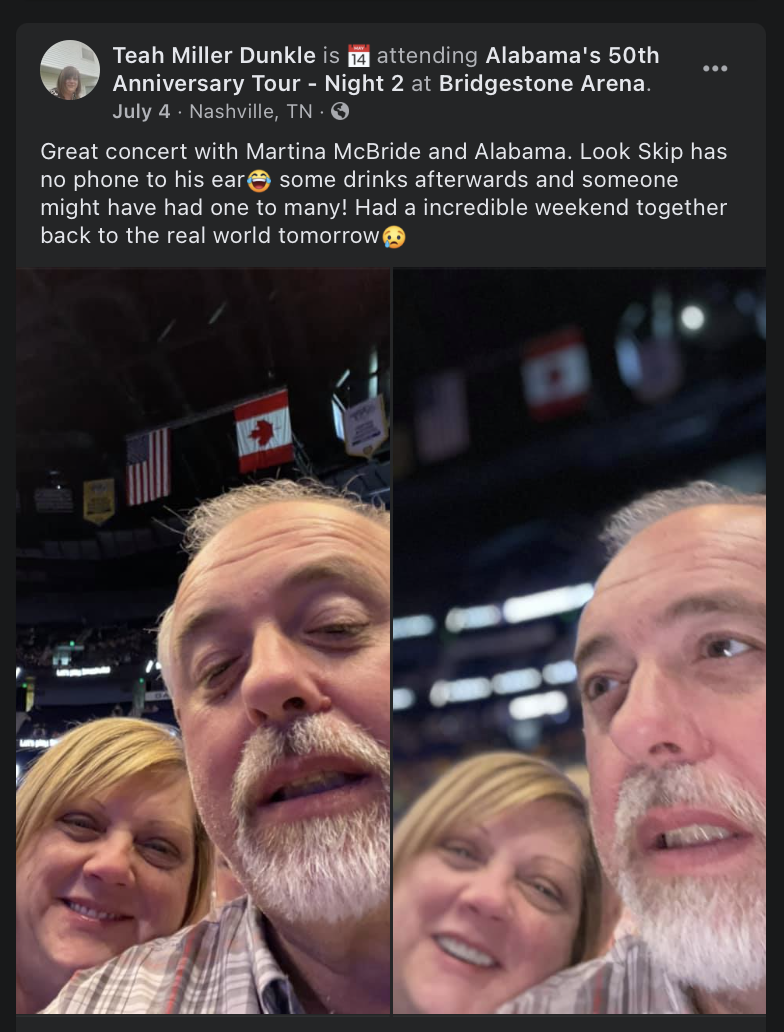 The woman’s Facebook page says she has been married since 1998.

The latest publicly viewable post on the Facebook page is an inspirational religious message from Aug. 9, six days before the shooting. 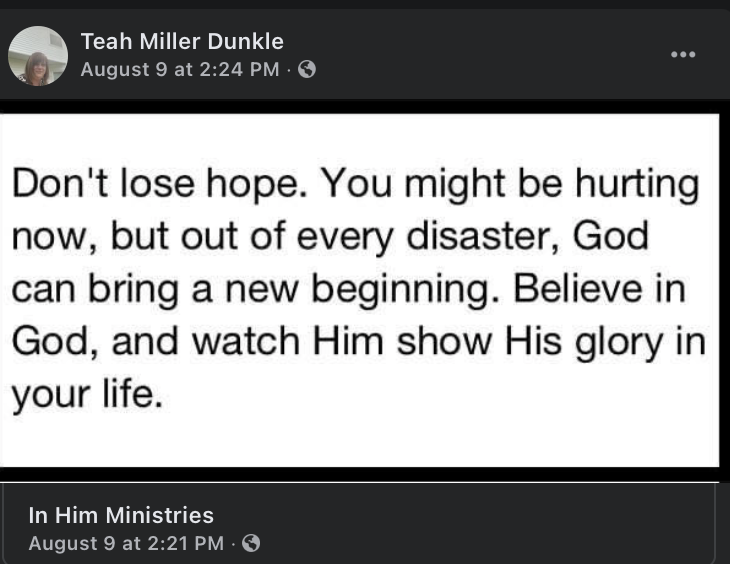 “Don’t lose hope. You might be hurting now, but out of every disaster, God can bring a new beginning,” the quote said.

Records say that Dunkle is scheduled to appear in Franklin County Municipal Court for an arraignment on the murder charge at 9 a.m. Thursday.

The court docket lists Daniel J. Sabol as Dunkle’s attorney of record. Law&Crime reached out to Sabol for comment.