Ohio Woman, 36, Accused of Setting Her 62-Year-Old Husband on Fire During Argument About a Phone 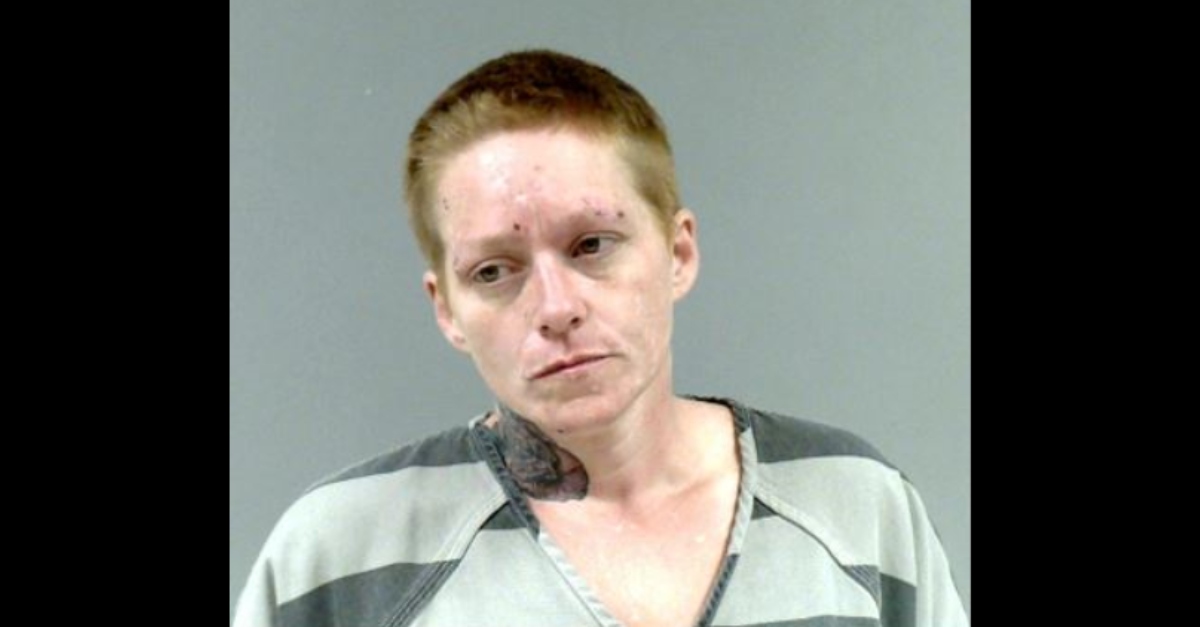 There were a 911 call from a neighbor contacting deputies, who arrived at the 6900 block of Parks Roads right before noon Sunday, according to a press release from the Ashtabula County Sheriff’s Office. The victim, 62, said he and Hall were arguing about using the phone, deputies said. He alleged that she took a bucket of gasoline, threw it on him, and lit him on fire. The man survived the encounter. In this account, he ran to a neighbor’s home across the street, and they sprayed him using a hose.

Hall allegedly fled before deputies arrived, stealing a vehicle from the 6500 block of Parks Road. That vehicle turned up on State Route 11 in Plymouth Township, however, and the suspect was arrested without incident, deputies said.

Hall was booked into the Ashtabula County Jail on a count of felonious assault and receiving stolen property (motor vehicle), but has only been formally charged by prosecutors in the theft, sheriff’s spokeswoman Stacy L. Millberg told Law&Crime in an email.

“The case is still being reviewed and charges will be forthcoming,” she wrote.

The husband is in stable condition at Akron Children’s Hospital, deputies said.

Defendant Hall remains in jail. She had her arraignment on Tuesday, according to The Star Beacon. Bond was reportedly set at $100,000. The defendant would have to undergo a mental health evaluation before getting released, and would be subject to a no-contact order with her husband.

It is unclear if she has an attorney in this matter.