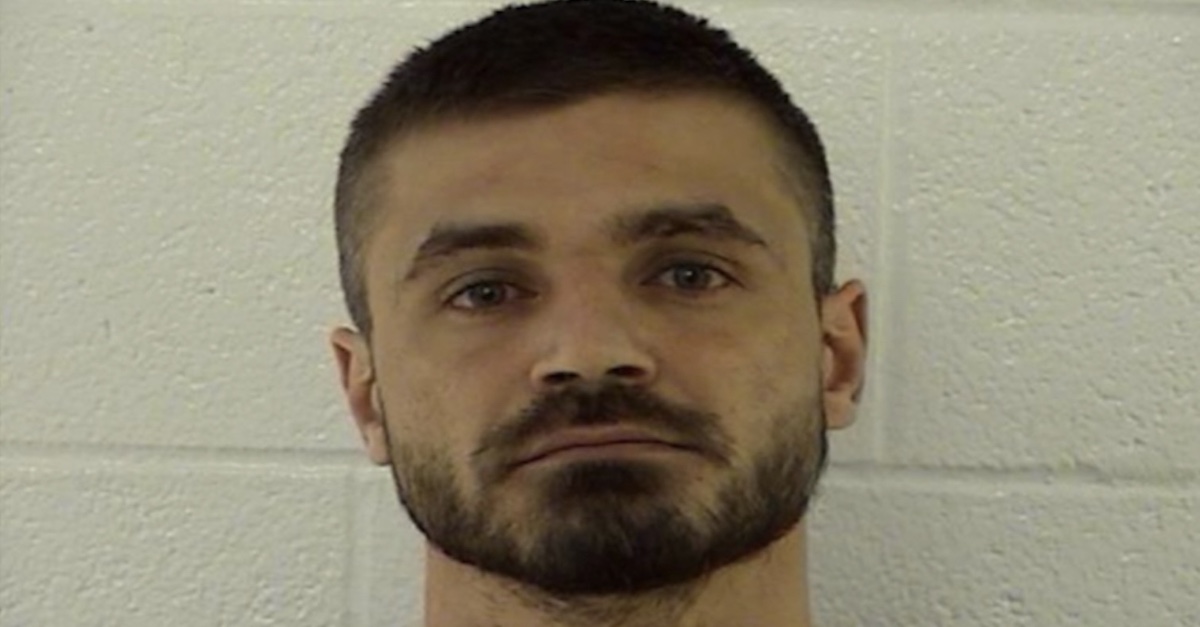 A 35-year-old man in Ohio may spend the rest of his life behind bars after admitting to killing his mother and sawing her head off — while a young child watched in horror — before setting the woman’s body and house on fire.

Appearing before Judge Mark Kerenyi in the Washington County Court of Common Pleas, Lionel Justin Gore on Thursday pleaded guilty to one count of aggravated murder in the gruesome November 2021 slaying of Diane Gore, court records reviewed by Law&Crime show.

Judge Kerenyi accepted the plea and ordered Gore to serve a sentence of life in prison with the possibility of parole after serving 25 years.

Gore had initially faced nine additional felony charges, including four counts of aggravated arson, three counts of felony endangering children, and one count each of tampering with evidence and abuse of a corpse. In exchange for pleading guilty to his adoptive mother’s grisly slaying, prosecutors agreed to drop the remaining nine charges.

According to a report from WTAP-TV, several members of Diane’s family (and Gore’s) attended Thursday’s proceedings and “confronted” Gore with “a series of emotional statements.” Judge Kerenyi then reportedly asked Gore if he would like to apologize to his family. He reportedly said, “no.”

As previously reported by Law&Crime, deputies with the Washington County Sheriff’s Office responded to an emergency call about a structure fire at a home in the 100 block of Cemetery Drive in New Matamoras. The call triggered additional responses from the Grandview Township Fire Department and the Ohio Fire Marshal.

Lionel Gore’s 6-year-old nephew, who witnessed the horrific events that took place in the moments before the blaze, recounted the events to investigators.

The boy reportedly told investigators that he witnessed Gore holding a knife and “sawing at [Diane Gore’s] neck.” He reportedly said Gore began the decapitation using a smaller knife, then retrieved a larger knife and continued sawing. After removing his mother’s head, Gore set the house on fire with the boy still inside, forcing the child to “crawl out” on his own due to the smoke, according to an affidavit from obtained by the Charlotte Observer.

Firefighters reportedly located Diane’s headless body in the master bedroom of the home. Her severed head was reportedly on the ground nearby.

Gore tried to flee the scene in a vehicle, but was apprehended after he crashed into two sheriff cruisers, authorities said. He was then transported to the hospital and arrested.

When investigators asked Gore what happened to his mother, he reportedly responded by claiming that he was adopted and that the victim was not his mother.

After initially being uncooperative, detectives said, Lionel Gore asked to go to the bathroom. When he returned, he reportedly sat down on his bed, looked at a detective and said, “I cut her head off and set her on fire.”

“The sheriff’s report notes Lionel said he killed Diane because the Holy Spirit told him to as she was the devil,” according to a report from the Marietta Times reported.