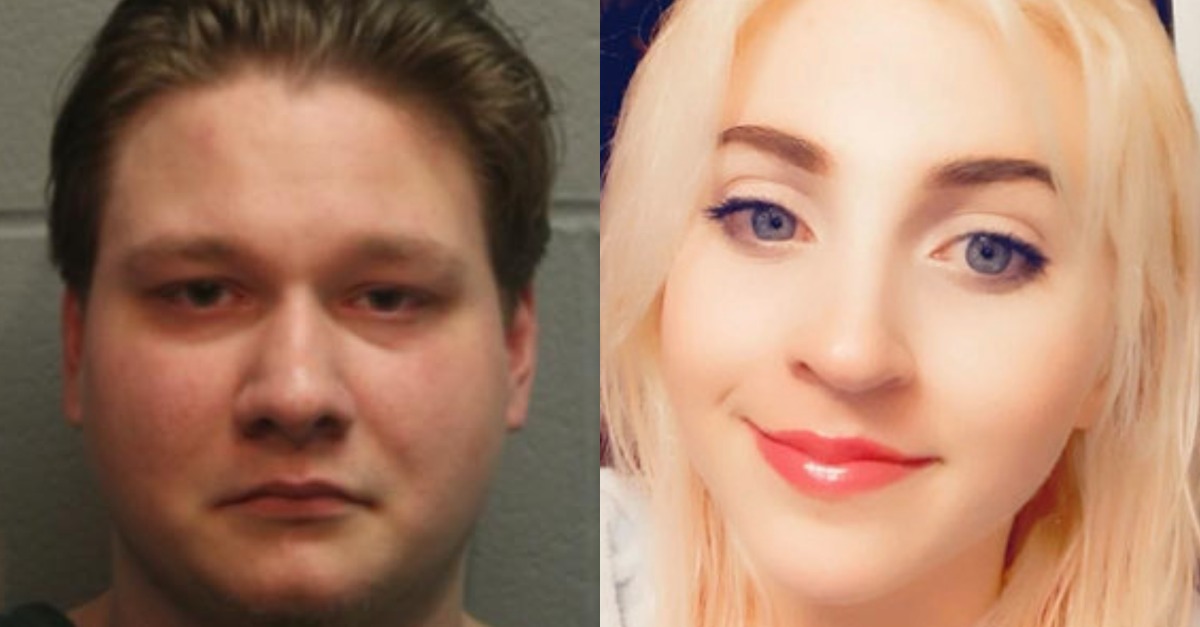 An Ohio man pleaded guilty to murdering a friend of his on Monday.

Blake A. Grewell, 20, accepted legal culpability on one count each of aggravated murder, rape, and tampering with evidence over the late April death of 20-year-old Brianna Ratliff.

The defendant was previously indicted on two counts of aggravated murder and the other crimes by a Coshocton County grand jury in May. Prosecutors agreed to drop the second murder charge as part of the plea deal, according to the Coshocton Tribune.

According to the indictment, Grewell acted with purpose and prior calculation in causing Ratliff’s death on April 15, 2021. That document further alleges that he engaged in sexual conduct with the victim through force or the threat of force. Finally, he was accused of trying to destroy or conceal the evidence of the violent incident.

Ratliff was last seen alive on the day she was killed, authorities believe. A formal missing persons report was filed the next day. Her body was discovered in an abandoned house two days later, on April 18, 2021, by members of a search party.

Grewell was taken into custody and charged with Ratliff’s murder the day after that, according to local CBS affiliate WOIO.

While specific details of the murder are scarce, Coshocton County Coroner Douglas Virostko said the victim suffered a traumatic death and that she died from stab wounds to the neck.

According to Coshocton County Prosecutor Jason Given, the assailant used some kind of a cutting instrument, the Tribune reports.

While a motive has proven elusive, the Coshocton County Sheriff’s Office has said the murderer was “a former friend” of his victim.

Laurelanne Ratliff, Brianna’s mother, told the Tribune that Grewell was one of few people her daughter trusted.

“Brianna had been through some rough stuff in her life,” she said. “She didn’t trust a whole lot of people, but Blake was one she trusted. She would go anywhere with him. If she wasn’t messaging me, she was messaging him and they talked.”

Brianna Ratliff had hoped to have a career in art–to open a gallery of her own and work as an animator. She was well-situated for that life with a full ride to college when the pandemic hit and the economic shock wreaked havoc on her family.

“She worked 100 hours a week try to keep our family afloat and bills paid,” Laurelanne continued. “She didn’t have a life. All she did was work, come home, go to sleep and pay bills.”

The grieving mother hopes people remember Brianna Ratliff, despite all the misery, solely as a source of positivity:

“There’s been so much tragedy here and so much hurt and enough is enough. With Brianna it was over the top,” Lisa Countryman, a friend of the family, said at a candlelight vigil earlier this year. “We are a community and as a community we should be policing ourselves and everybody should be watching out for everybody.”

Grewell faces a minimum sentence of life in prison with the possibility of parole after 20 years plus a substantial fine. His defense attorney has indicated that he intends to seek such a sentence.

The prosecution, which did not agree to a sentencing departure as part of the plea deal, has said they intend to seek the maximum sentence instead–life in prison without the possibility of parole.

The defendant previously pleaded not guilty by reason of insanity after an evaluation determined he knew what he did was wrong and that he did have severe mental illness, the Tribune reported.