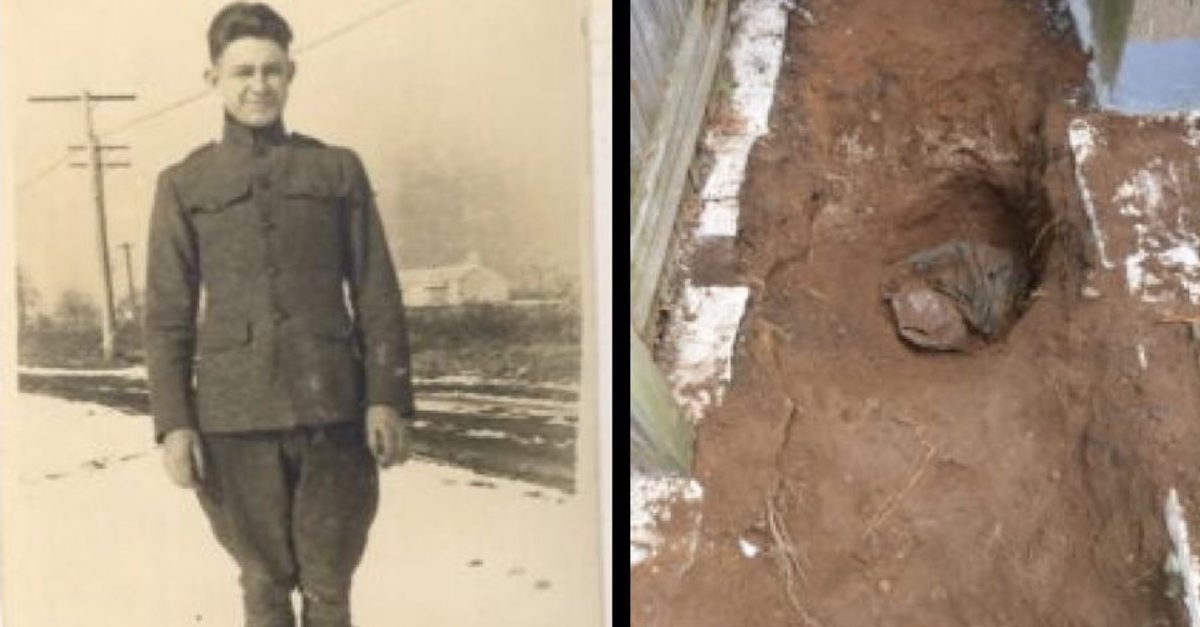 A 75-year-old New York City man will spend decades behind bars after admitting to killing an 81-year-old World War I veteran nearly 46 years ago.

Motta last month pleaded guilty to one count of first-degree manslaughter. He reached a deal with prosecutors after originally being charged with second-degree murder.

According to a press release from the Queens District Attorney’s Office, Seitz was last seen leaving his home in Jamaica, Queens on Dec. 10, 1976 on his way to get a haircut at Martin Motta’s barbershop. He is believed to have gone missing at approximately 10 a.m. that day. His fate remained a mystery until March 2019, when a woman called police and said she knew about a murder that happened in the late 1970s — and that she knew where the body was buried.

The Office of the Chief Medical Examiner on March 12, 2019 discovered human remains, including a pelvis and partial torso buried under a concrete slab in the backyard of a home located in the 8700 block of 115th Street in Richmond Hill, Queens.

“The body had been dismembered at the neck, shoulders, and hips,” the DA’s office said last year.

Investigators were able to retrieve a DNA profile from the remains but could not identify the deceased man at the time in any local, state, or national databases, per the release.

The DA’s office and the NYPD sent the DNA samples to a private laboratory and the FBI in hopes they could generate leads regarding the unknown victim’s identity. Othram Laboratories last year produced a comprehensive genealogical profile from the skeletal remains “using advanced DNA testing,” the DA said. The FBI then generated leads that were given to investigators with the prosecutor’s office and the NYPD.

Investigators contacted individuals believed to be potential family members of the victim and obtained DNA samples for comparison to the discovered remains. After a multi-year investigation, “information was obtained that identified the victim as a regular customer of the barbershop and linked Motta to Mr. Seitz’s demise and its concealment,” the prosecutor’s office said.

“An extensive investigation by the NYPD and the Queens DA’s office included multiple interviews of witnesses and extensive records searches through five states and various agencies,” the DA’s release states. “Crucial evidence revealed the defendant fatally stabbed Mr. Seitz in the head after robbing him of approximately $7,000 to $8,000 then dismembered and buried his body beneath concrete slabs in the Richmond Hill backyard where it was uncovered 43 years later.”

Queens District Attorney Melinda Katz said that the prison sentence for Motta represented justice nearly half a century after Seitz was killed.

“After 46 years, a veteran of the First World War gets justice. The successes of modern technology and forensics made it possible for us to not only identify the bones of the victim but also to help find any witnesses. When I became District Attorney, I created the Cold Case Unit for cases such as this where time seems to be the enemy,” Katz said. “Time allowed forensic genetic genealogy and our investigators to catch up to this defendant.”