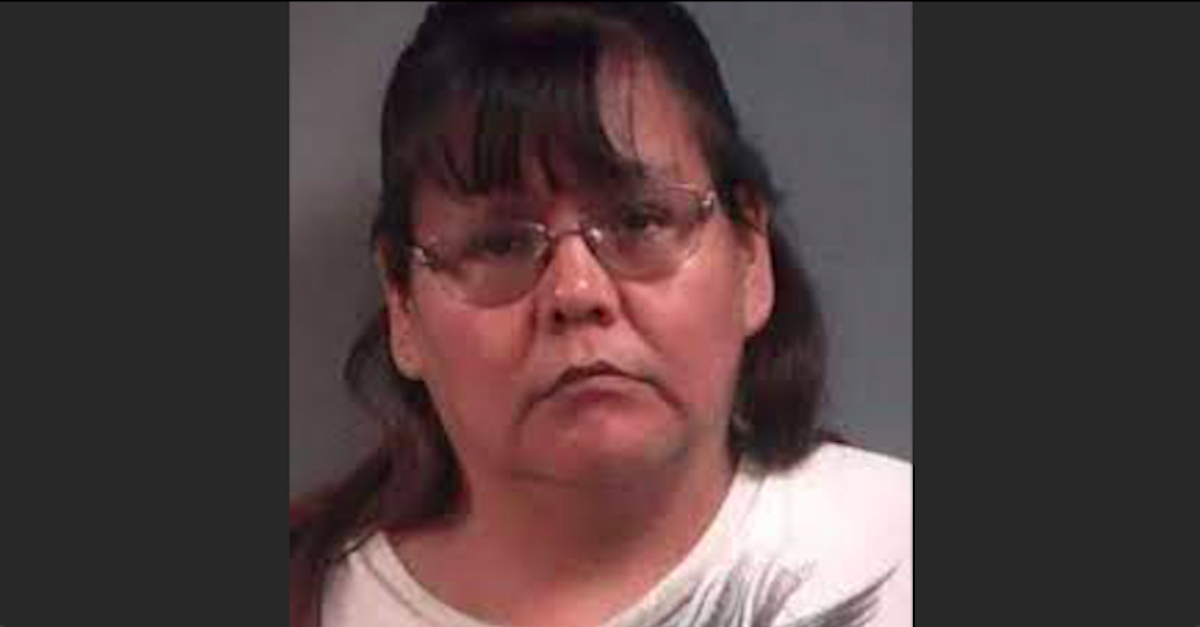 A woman in North Dakota on Tuesday admitted to killing and abusing her 5-year-old foster child who had been in her care for less than a year.

Agents with the FBI and Bureau of Indian Affairs on May 6, 2020 responded to a call at the residence of Longie and her husband, 44-year-old Erich Longie Jr., located on the Spirit Lake Reservation. Upon arriving at the scene, federal law enforcement agents discovered the body of a deceased female child on the concrete floor in the basement of the home. The agents “observed bruising throughout the body” of the child victim, the DOJ said.

A subsequent autopsy was performed and the medical examiner concluded that the child’s death was a homicide and the cause of death was identified as “bilateral subdural hematomas incurred from assault,” meaning there was severe bleeding between the girl’s brain and his skull.

A pathologist further concluded that the child had sustained abrasions and contusions indicating he had endured “multiple episodes of inflicted trauma” to the head, chest, neck, midsection, arms, and legs, the DOJ said.

Tammy and Erich Longie had taken in the deceased victim and one of his siblings in July 2019. A previous report from Fargo NBC affiliate KVLY-TV identified the deceased child as Raven Thompson and the sibling as 7-year-old Zane Thompson. The two children had been placed in the Longie home by Spirit Lake Tribal Social Services (SLTSS).

Federal agents reportedly found Zane hiding in the back seat of a vehicle on the Longie property. Emergency Medical Services personnel removed Zane from the home and transported him to CHI St. Alexius Health in Devils Lake where doctors determined the child required “a higher level of care” over concerns of heart failure due to severe malnutrition. He was then taken via ambulance to Sanford Medical Center in Fargo. One of the attending physicians also told law enforcement agents that there was “bruising all over the child’s body consistent with abuse.” He reportedly spent more than a week in the facility’s intensive care unit and a month in the hospital before being released.

Federal authorities said the investigation also revealed that Tammy and Erich’s two biological children were victims of abuse, with the parents reportedly beating them “with objects and hands.” A total of seven children were removed from the home by federal authorities ranging in age from 11 months to 12 years old, according to a report from The Bemidji Pioneer.

Tammy is currently scheduled to appear before Judge Welte again on April 14 for her sentencing hearing.

Erich in March 2021 pleaded guilty to one count of first-degree murder, three counts of child abuse, and one count of child neglect for killing Raven. EMS personnel who responded to the call about Raven’s death reportedly told federal investigators that Erich “showed no emotional signs that one would typically expect to see from a caregiver,” according to court documents obtained by KVLY. He is awaiting his sentencing hearing and faces a maximum of life in prison.