‘No Matter How Trivial and Joking’: Man Who Dressed as the Joker at St. Louis Bar Sentenced for Making Threat 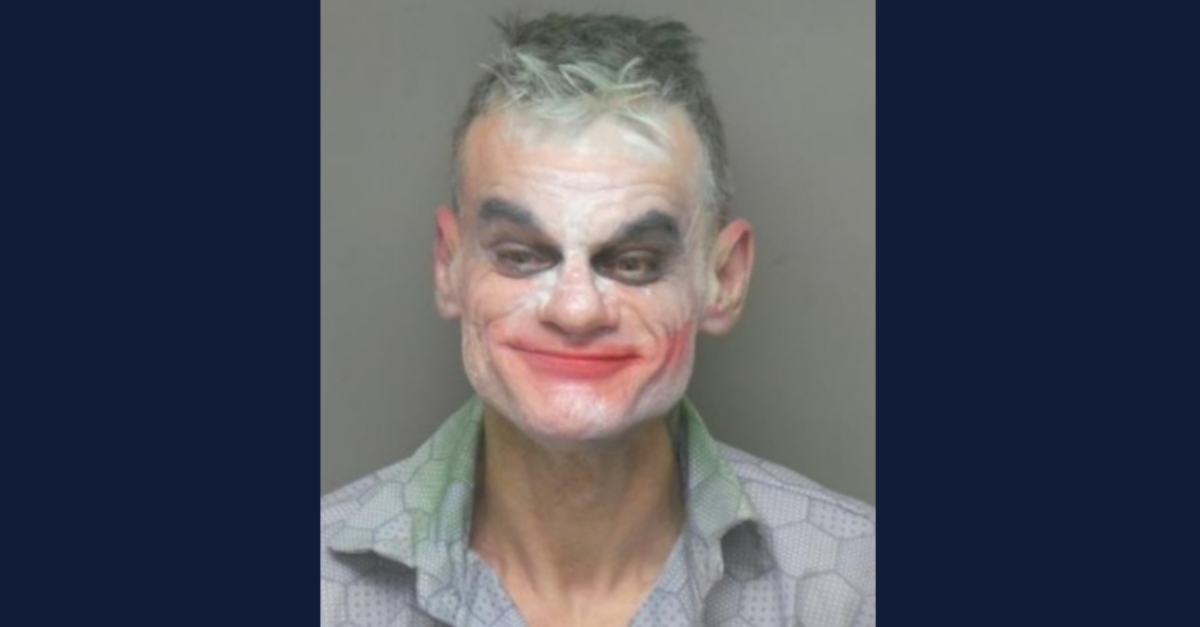 A man who dressed up as the Joker was sentenced to 60 days in jail and also probation under a one-year suspended sentence for making a threat at a bar. Jeremy Garnier, 51, is already free, according to The St. Louis Post-Dispatch. He told the outlet he already spent five-and-a-half months behind bars waiting for trial in this case.

The case stems from Garnier, dressed as the Batman archnemesis the Joker, entering the Blueberry Hill bar in the Delmar Loop area of St. Louis and making threats of violence while on Facebook Live. Cops responded to a report of an active shooter, though he was unarmed. His livestream also showed security at the St. Louis Galleria telling him to leave.

In his video, he discussed killing people.

“We’re not going to go to any movie theaters,” he said, referencing a mass shooter who attacked a theatre in 2012 during a screening of the Batman film The Dark Knight Rises in Aurora, Colorado. “We’re going to go totally unarmed because we don’t want to alert the authorities into thinking we might be on an actual rampage.”

He said he had no intention on committing violence.

“I was talking like The Joker,” Garnier told the outlet on the phone. “I was in character. Everybody knew that it was a joke and that I had no intentions of following through with a threat.”

The case hit a road bump for prosecutors when a judge in January dismissed the case because the state could not provide a witness for a grand jury. Authorities nonetheless refiled in only a day.

Garnier ultimately pleaded guilty to the misdemeanor version of making a terrorist threat, down from the felony version he originally faced. He told the outlet he pleaded guilty in order to avoid more time behind bars.

Garnier told the outlet he did spend more than 20 years in both state and federal prison for crimes including robbery, burglary, and stealing, and did this to support what the Post-Dispatch described as a crack habit. But he is sober now and wants to use his platform to raise awareness on the opioid epidemic.

“Think before you act,” he said. “Your actions have repercussions. No matter how trivial and joking I thought it was, people took it seriously.”

For Garnier, those consequences include the terms of his probation. That includes typical and expected details like having no contact with the bar and not living in homes with guns or ammunition, let alone possessing such items. But that also includes refraining from wearing a costume or face make up in public, and he must only use his social media to promote his artwork.