‘No Expiration Date on That Kind of Evil’: Convicted Killer Indicted in 1982 Cold Case Murder of U.S. Army Private Who Died ‘Two Miles from the Middle of Nowhere’ 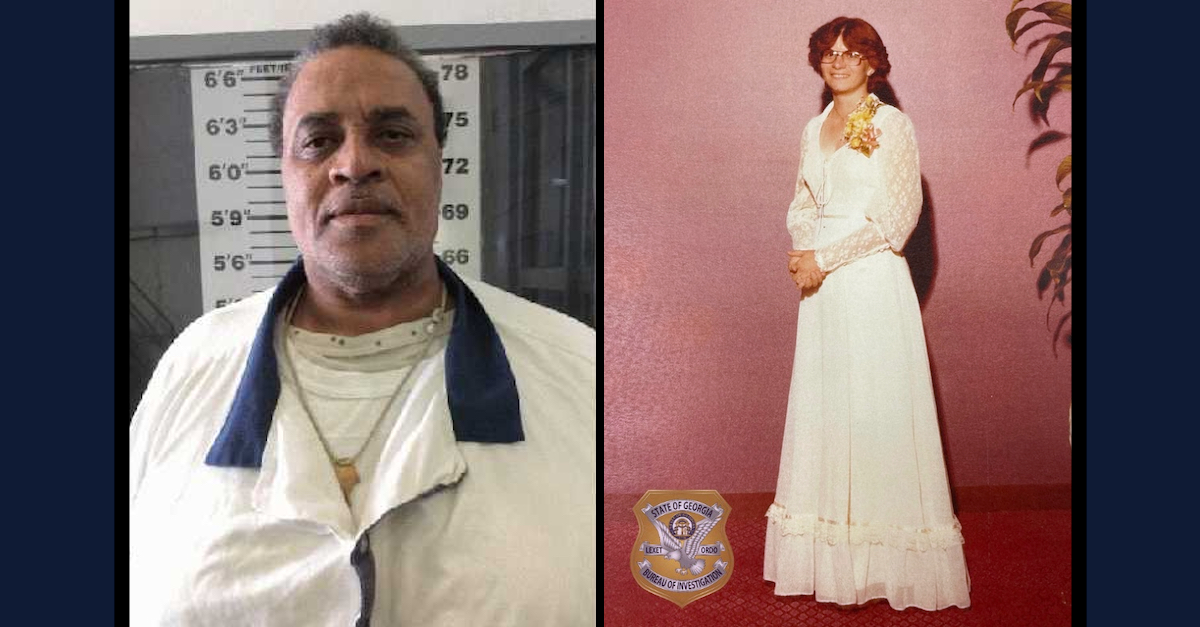 Marcellus McCluster (left, in a current prison mugshot) and Rene Dawn Blackwell (right, in a photo taken two months before her death and distributed by the GBI).

A Georgia grand jury on Thursday indicted a now-64-year-old man for allegedly murdering a then-20-year-old U.S. Army private back in 1982.

The Georgia Bureau of Investigation said that Marcellus McCluster, 64, formerly of Richland, Ga., killed René Dawn Blackmore. Blackmore was from Arizona but was stationed at Fort Benning, Ga., when she died, the GBI said in a press release.

Blackmore “disappeared upon leaving her barracks on the way to Columbus, GA the night of April 29, 1982,” the GBI wrote. “Almost a month later, her wallet and sweater were found on a roadside near Cusseta, GA.”

Almost exactly two months later, on June 28, 1982, Blackmore’s remains turned up off what the GBI described as a “logging road a few miles further south in Chattahoochee County.”

The cause of death, the GBI said, was a “shotgun blast.”

Criminal investigators with the U.S. Army and the GBI identified McCluster as a “possible offender within a year” of the murder, but the GBI said its “original investigation eventually stalled.”

A cold case unit assembled in 2020 yielded results. McCluster is now charged with one count of malice murder and four counts of felony murder, the GBI indicated.

It didn’t take much effort to find the defendant, either: the GBI said he is currently serving a life sentence for another yet “unrelated” 1983 murder conviction from Stewart County.

The defendant is scheduled to be arraigned in the new case on April 25, 2022.

At a press conference, GBI Director Vic Reynolds said he was “extremely proud” of the work of the cold case unit — some of whose members included retired agents.

Assistant District Attorney Kimberly Schwartz noted that there is no statute of limitations on murder.

“That’s because, out of all the crimes on all the books, this is the one crime that takes form the victim that most fundamental right that we all have — which is the right to live out the rest of our lives that we’ve been given,” Schwartz said.  “We don’t know what René Blackmore’s life would have looked like.  We know that she didn’t get to celebrate her 21st birthday.  But we can’t know what accomplishments she might have celebrated.  We know she would have been 59 years old if she could have been with us today, but we don’t know who she might have loved, what relationships she might have built, what dreams she might have realized — all of those things got extinguished from a blast from a cheap shotgun about two miles from the middle of nowhere down in south Chattahoochee County 40 years ago.”

“There is no expiration date on that kind of evil,” Schwartz continued.  “And, there is no point in time when that crime is too stale to bring the perpetrator to justice, assuming the evidence is there.  And because of the really good work from folks that are here today, as well as many others who came before them, we feel like we do have that evidence.”

Neither Schwartz nor Reynolds would divulge any details involving “facts or evidence.”

Reynolds said the investigation was “active, open,” and by “no means over.”  He also clarified that authorities believe Blackmore was on her way back to the barracks when she was murdered.

“Anyone with investigative information about the Blackmore case is urged to contact the GBI at 1-800-597-TIPS (8477) or online at https://gbi.georgia.gov/submit-tips-online,” the GBI said.  “Anonymous tips are accepted.”

Watch the GBI press conference below: