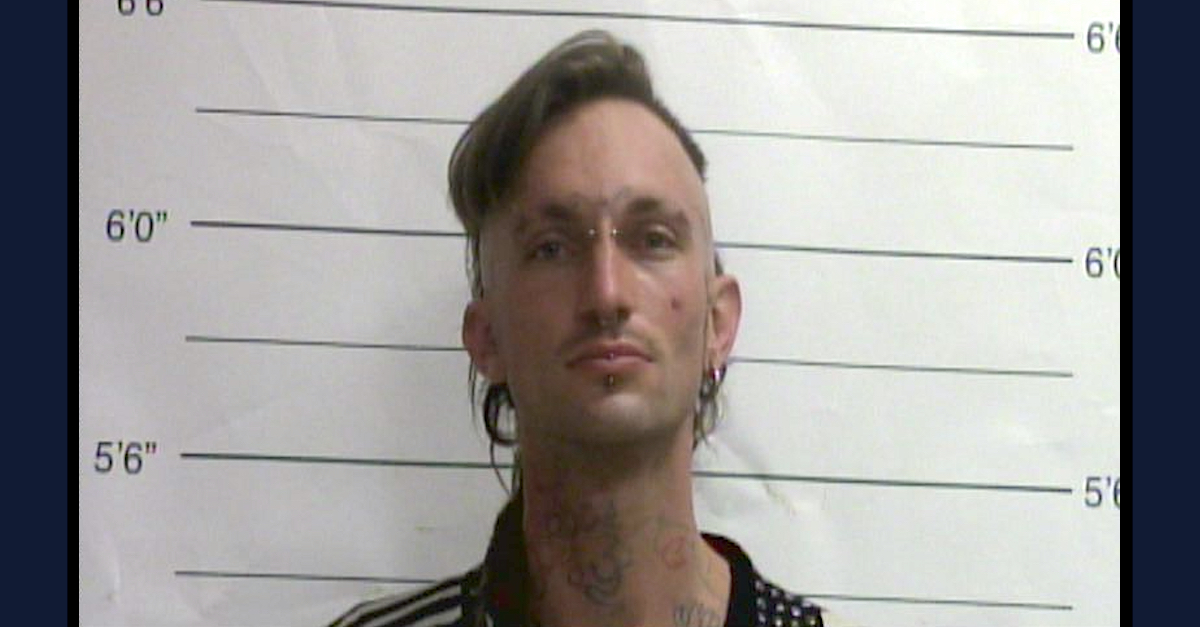 A 34-year-old man in New Orleans is behind bars after police said they discovered a dismembered and headless human body in a freezer inside an old bus on his property. Benjamin J. Beale was taken into custody Tuesday and charged with a slew of crimes, including one count of obstruction of justice in a death investigation, one count of dealing methamphetamine, and three counts of creating and operating a clandestine drug lab, The Times-Picayune and The New Orleans Advocate reported.

According to the report, officers with the New Orleans Police Department charged with investigating the disappearance of Julia Dardar on Tuesday executed a search warrant at Beale’s home located in the 2300 block of Pauline Street at approximately noon. Dardar was reportedly last seen in November and was formally reported missing by her children on Dec. 23.

Investigators combing through the property reportedly searched an old blue bus parked in the backyard of the home and found a freezer. Inside the freezer, officers reportedly found a headless human torso. Police sources told New Orleans NBC affiliate WDSU that the victim was a female whose head had been completely severed at the neck and that several other body parts were found wrapped in plastic. The torso was initially referred to by police as “what appeared to be human remains” because investigators reportedly had trouble identifying precisely what was inside the freezer at first, noted Baton Rouge ABC affiliate WBRZ. 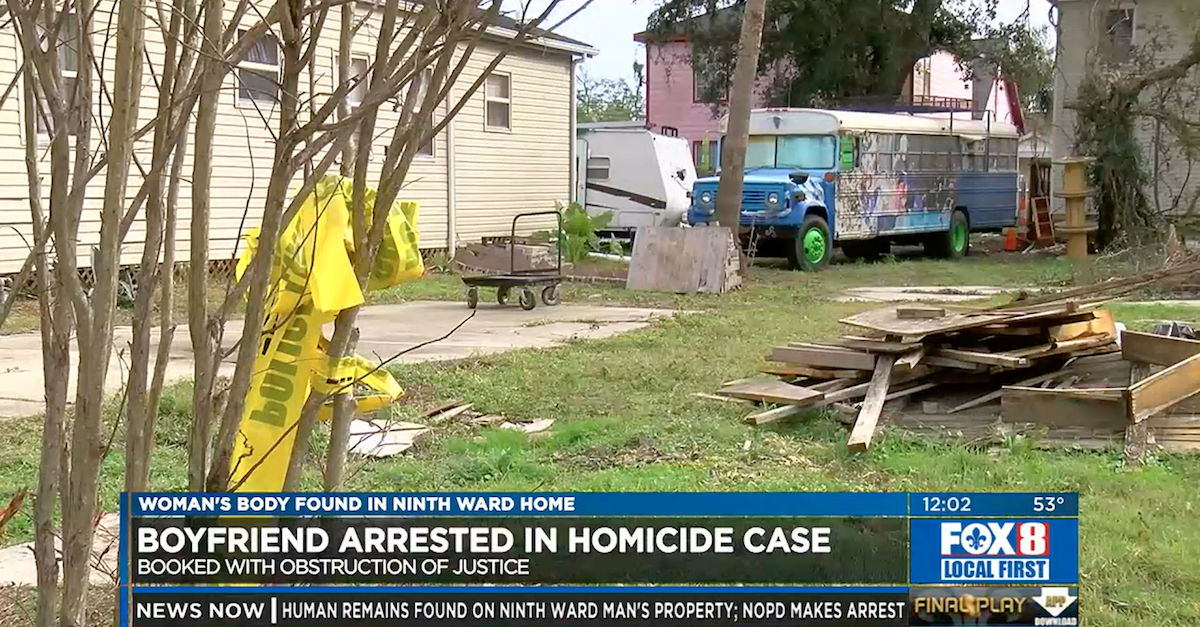 Another bus was also on the property parked next to Beale’s house. It was white with a red eye spray painted above the center of the windshield. 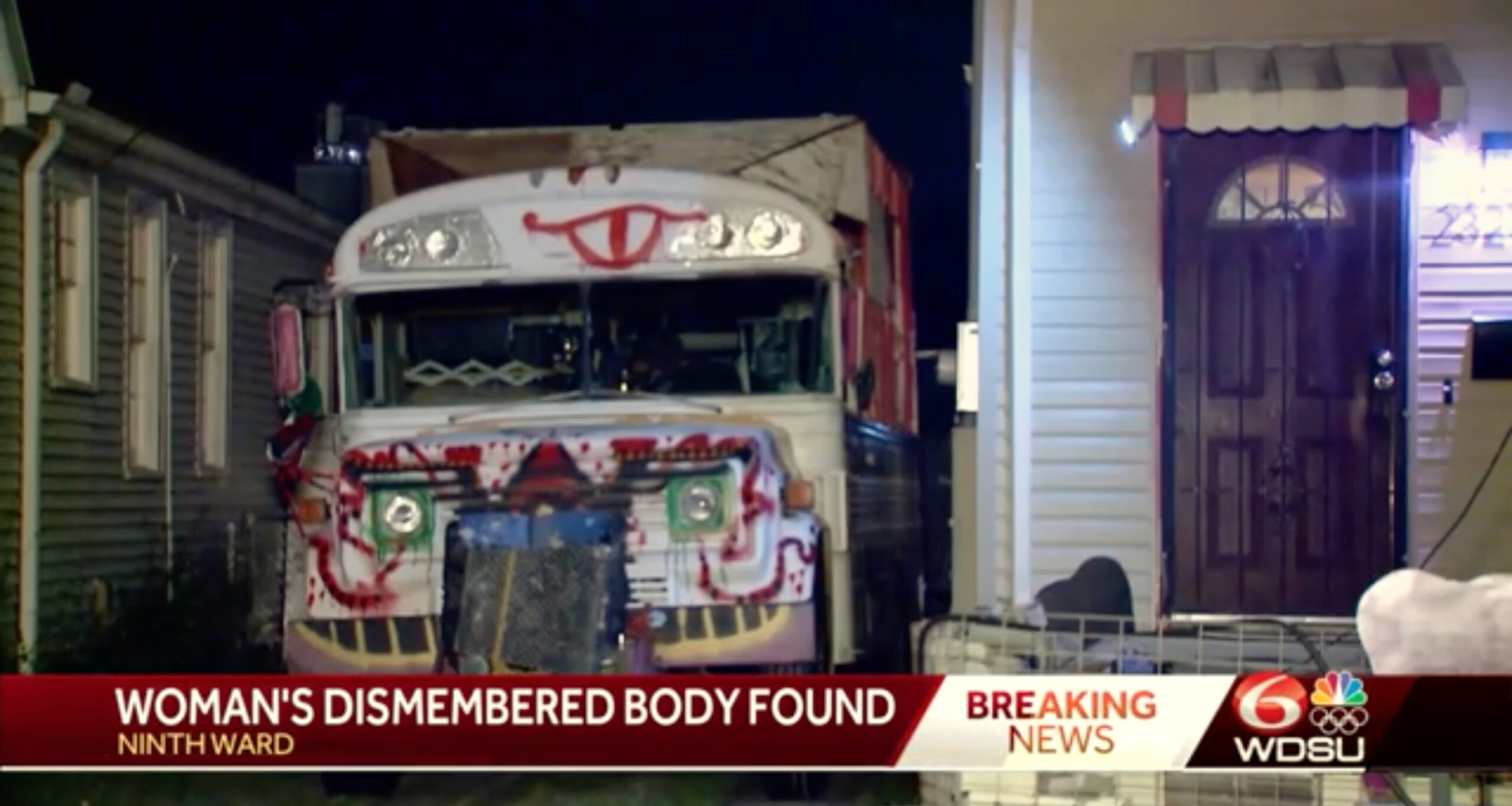 WDSU-TV caught an image of another bus parked alongside Benjamin J. Beale’s house.

Authorities reportedly believe the dismembered body to be Dardar, but police said they would not confirm the victim’s identity, cause of death, or manner of death until after a medical examiner performed an autopsy on the remains. A black safe was seized from Beale’s bedroom closet that reportedly contained “the ID and credit cards belonging to the victim,” WDSU reported.

Due to the dangerous conditions presented by the alleged meth lab, a full homicide investigation could not be completed. The Louisiana State Police Narcotics Division was called in to assist with the investigation.

Neighbors reportedly said that police had canvassed the area on Sunday and asked residents if they had smelled anything strange in the area around Beale’s home.

After being taken into custody, Beale was transported to New Orleans Police Department headquarters where he reportedly refused to cooperate with investigators, provide a statement, or answer any questions pertaining to the body or alleged drug lab. He was booked in the Orleans Parish Jail Tuesday evening just before midnight. The defendant thus appeared to exercise his constitutional right not to speak to the police.

Beale had not been charged with any crimes related to the death of the victim found on his property, but he is facing one count each of possession of marijuana with the intent to distribute and illegal carrying of a weapon, per online jail records.