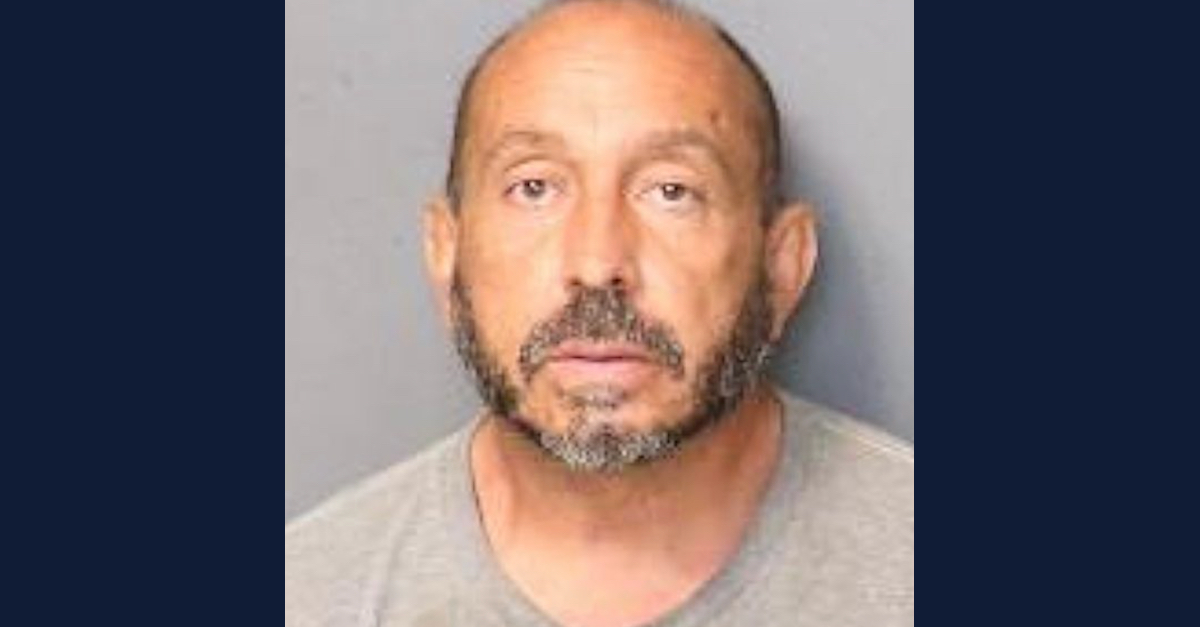 An alleged serial killer in New Mexico has been indicted for the murders of two women and one girl who were all killed in the late 1980s.

According to court records, Paul Raymond Apodaca, 53, stands accused of shooting two of his alleged victims and stabbing another to death during the late fall and summer of 1988 and summer of 1989 in Taos and Albuquerque, N.M.

As Law&Crime previously reported, 13-year-old Stella Gonzales, 21-year-old Althea Oakeley, and 19-year-old Kaitlyn Arquette were murdered over the course of those 13 months. The first and last victims were shot to death; the second was stabbed.

The defendant was previously charged in each of the cold case murders throughout last year.  The sprawling litigation unfolded after the defendant was initially arrested on an alleged probation violation while homeless in July 2021.

During his intake interview, however, Apodaca allegedly told University of New Mexico police a stunning secret that would take various law enforcement agencies several months to confirm. The Albuquerque Police Department said the defendant confessed that “he had committed several murders and rapes in the 1980s and 1990s.”

Apodaca was formally indicted by grand jurors for each of the slayings over the course of the next several months beginning in August of last year. The final indictment was issued Monday.

First came the Oakley indictment, police said, because the evidence in that case was most voluble — though admittedly still tricky.

Detectives said they were forced to suss out whether or not the defendant shared facts about the murder that only he would have known or if he could have learned them from public reports.

Oakeley was stabbed to death in Taos on June 22, 1988, while walking home from a fraternity party after an argument with her boyfriend, according to the Albuquerque Police Department.

The deceased woman “got upset and left on foot” and walked to the house she “shared with her brother,” officers said last year. “According to witnesses, Oakeley was heard screaming, and she was found stabbed outside a home at 1320 Buena Vista Drive S.E.”

Charges were prepared and then belatedly filed against Apodaca for that murder on Aug. 19, 2021, Oakeley’s birthday.

“We anticipate more charges will come on Mr. Apodaca in a future point but we are working closely with the DA’s office and they will ultimately make that decision of if and when those charges come,” APD Deputy Commander Kyle Hartsock said.

In October 2021, charges were filed against the defendant for the murder of Gonzales. A formal indictment came in December.

The girl was shot during the early morning hours on Sept. 9, 1988, while she was walking with a friend. According to police, “the two girls were confronted by someone in a car” who “fired shots” that struck Gonzales. She later died at a nearby hospital in south Albuquerque.

Apodaca’s final alleged — and allegedly admitted — murder victim made national news; she was the daughter of Lois Duncan, the author who penned the popular books “I Know What You Did Last Summer” and “Killing Mr. Griffin.”

That victim, Kaitlyn Arquette, died July 16, 1989, according to court records.

Duncan was heavily critical of the police investigation into her daughter’s death and at one point hired a private investigator.

That private detective, Pat Caristo, told Albuquerque NBC affiliate KOB Apodaca had long been a suspect and that he once spoke to the defendant when he was in jail on unrelated charges.

“He gave no hesitation — that he was at that scene,” the private eye told the TV station in September 2021. “He was, again, pleasant, cooperative. There were two times when he wasn’t. And one when I asked him who was with him — ‘What do you mean somebody was with me, who said somebody was with me? Nobody was with me!’ And the other was — ‘How did you find me?’ They were interesting words to me, like you weren’t supposed to find me.”

Apodaca is currently slated to appear in court on the Arquette murder indictment this Friday, Feb. 25, 2022.

According to court dockets reviewed by Law&Crime, all three cases are charged as willful and deliberate first-degree murders under New Mexico law.

Myriad court hearings are scheduled.  The defendant is slated to appear for an arraignment in the Arquette case on Feb. 28 at 9:10 a.m.  A pretrial conference in the Oakeley case is set for Aug 12.  A “docket call” is slated as far out as Dec. 23 in the Gonzales matter.  All of the cases are proceeding in Albuquerque District Court.