New Hampshire Man Convicted of Jealously Murdering Wife’s Co-Worker, a ‘Man That He Instantly Saw as a Rival’ 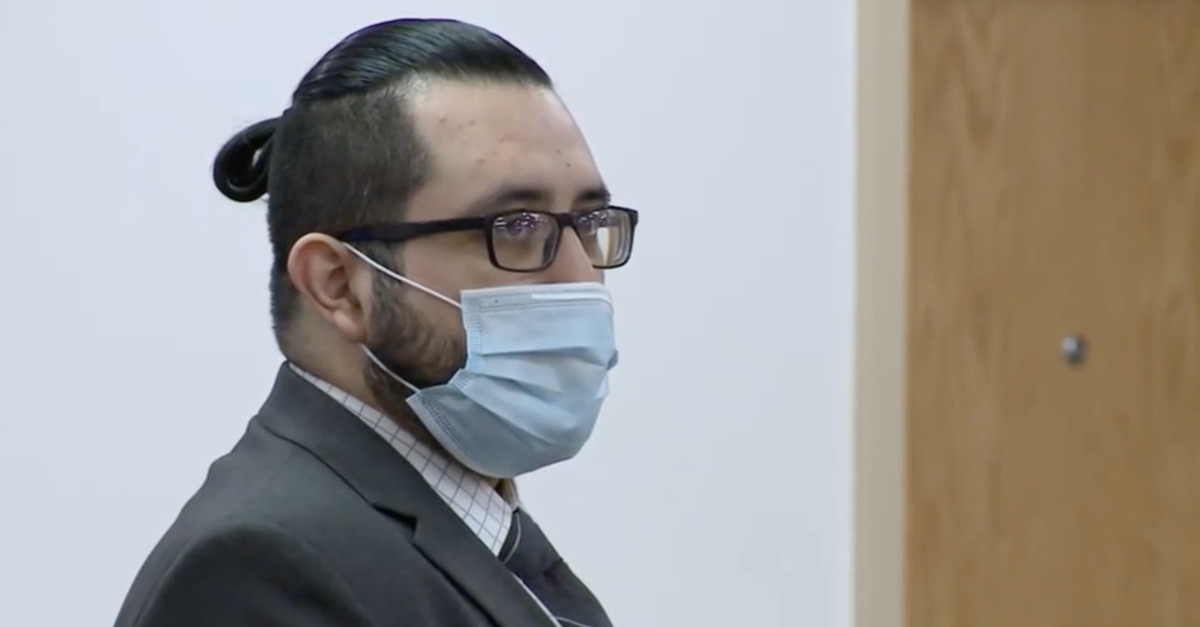 A New Hampshire man was convicted on Thursday of murdering his wife’s co-worker in a gruesome September 2020 killing and dismemberment case that shocked the New England region.

Armando Barron, 32, shot and killed 25-year-old Jonathan Amerault in a park just across the Massachusetts state line. The motive the state provided for the murder was jealousy and rage–a hate that brewed for quite some time after the defendant realized his wife, 33-year Britany Barron, was messaging the victim on Snapchat.

“The defendant had all the motive to kill Jonathan, because for him, Jonathan was a man who had just started seeing his wife,” prosecutor Benjamin Agati said during closing arguments. “A man who his wife thought looked liked an Abercrombie model, a man who was at her workplace that he now knew was talking to his wife behind his back. The man that he instantly saw as a rival.”

But the violence didn’t start–or end–with the shooting. Not nearly.

Before the shooting, Britany Barron testified that her husband choked and dragged her before repeatedly punching her in the face over the Snapchat revelations. After that, she told jurors, he shoved a gun in her mouth, promised to kill her, collected himself, made sure their kids were with their grandmother, and put his killing plan into action.

“We’re gonna message your little boyfriend,” the defendant told his wife as the two sat alone in their car at the park.

Amerault was ambushed by Armando Barron when he arrived at the park–drawn there by the subterfuge of the defendant using his wife’s cell phone to ask the victim to come out late that night.

Jurors were told a series of horrific details.

When pressed to kill Amerault, the witness said, with the gun in her hand and her husband’s palms over her own in an effort to guide her into pulling the trigger, she said she adamantly refused.

She said she couldn’t.

Eventually, Amerault was forced into the trunk of his own hatchback by his assailant.

“I thought you were going to let me live,” the victim said.

“I guess that makes both of us liars,” the defendant said as he fired three times, according to his wife’s tearful testimony.

Prosecutors would later note during trial that Amerault had defensive wounds and was trying to save his life when he died.

Armando Barron’s defense attorney Meredith Lugo attempted to pin the actual slaying on her client’s wife; saying the “wrong person” was on trial and trying to contradict her testimony through the use of physical evidence. Jurors in Cheshire County didn’t take to that story.

“Her claims are like something out of a TV movie; not real life,” Lugo argued to no avail. “They are sensationalized to make Armando seem like a monster and her seem like a tragic victim.”

After he was dead, Britany Barron said, her husband followed her for 200 miles to a campsite. There, she said, Armando Barron made her behead Amerault and then left her alone to dispose of his body.

For her role in heeding her husband’s demands and attempting to cover up the crime, Britany Barron eventually pleaded guilty to three counts of falsifying evidence. She was released from prison in April after serving some eight months of a three-and-a-half year sentence.

The victim’s family had begged the sentencing judge not to go easy on the prosecution’s key witness, saying, in victim impact statements, that she “deserves no mercy” for the time spent dissembling about what she did to Amerault’s body after he was dead, The New Hampshire Center for Public Interest Journalism reported in August 2021.

According to Boston.com, jurors deliberated for under two hours before returning all 13 counts against the defendant.

He faces life in prison without the possibility of parole.