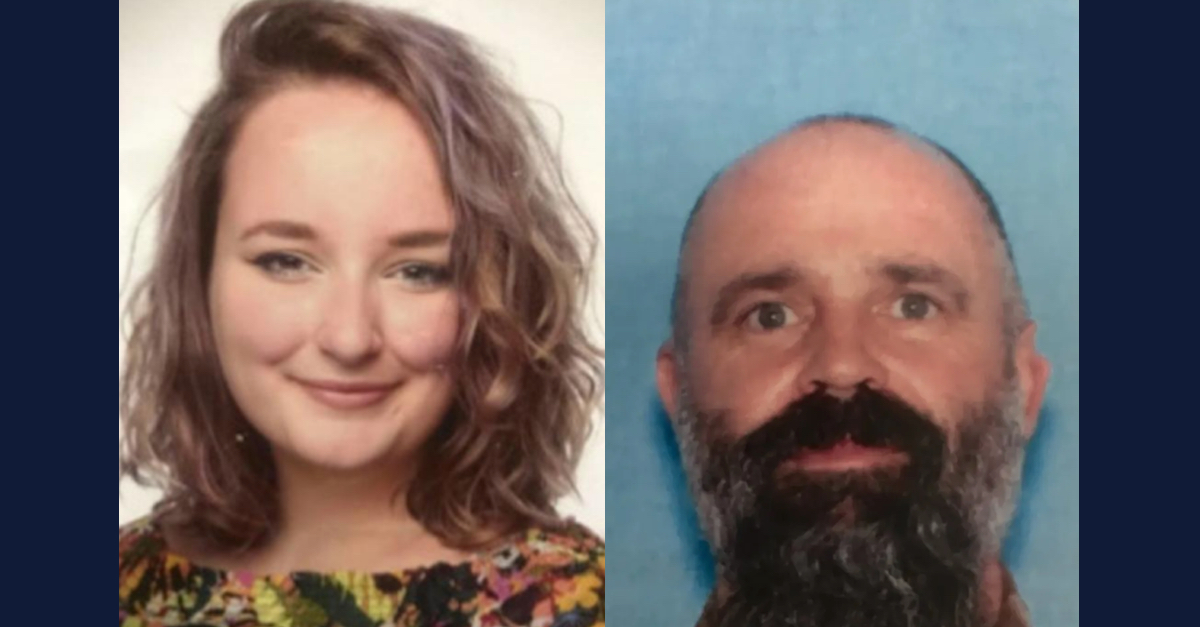 A suspect has been arrested in connection with a case about a missing Nevada teenager who disappeared nearly two weeks ago, law enforcement authorities have announced.

Troy Driver, 41, of Fallon, Nev., stands accused of kidnapping with regards to the March 12, 2022 disappearance of 18-year-old Naomi Irion, according to the Lyon County Sheriff’s Office. She was last seen alive in surveillance footage from a Walmart parking lot in Fernley, Nev. just after 5:00 a.m. on the day in question. In the video, according to law enforcement, Irion can be seen sitting in the driver’s seat of her parked car. The missing woman is believed to have been waiting for a shuttle to take her to work at a nearby Panasonic factory where she was employed in the battery manufacturing department.

In the surveillance footage, the victim’s car can be seen parked for awhile. A man wearing a grey hoodie, jeans and a mask can be seen circling the parking lot before getting inside. The car then drives off with both the missing woman and her alleged kidnapper inside.

“[S]he was abducted by a nondescript male who entered the driver’s seat of her vehicle,” the FBI wrote on a wanted poster about her case. “Three days later, Naomi’s vehicle was located next to the Sherman Williams Western Emulsion Plant. Naomi has not been located.”

The name of the latter facility appears to be a misspelled reference to the Sherwin-Williams Western Emulsion Plant in Fernley, Nev.

In the Walmart footage, the man can be seen walking up to the parking lot from the direction of a dirt lot, according to comments made by Irion’s brother during a recent press conference. The suspect circles her car several times before finally forcing his way in, Casey Valley said.

“We are out of time,” her brother said during the press conference as family members pleaded for the public’s help last week. “And it is so critical right now. Just anything that you know. Or heard. Or thought of. It needs to be reported.”

Driver was arrested on Friday, March, 25, 2022, according to the LCSO. The suspect’s truck was also recovered by sheriff’s deputies “and it has been impounded and taken into evidence,” a press release says.

In an earlier press release, the LCSO said the suspect’s pickup truck “was possibly involved” in the abduction but did not elaborate.

According to Reno ABC affiliate KOLO, the LCSO previously identified a “witness vehicle” and occupants thereof who were also seen on the surveillance footage. That vehicle is a four-door sedan that appears to enter the parking lot just minutes before Irion’s car leaves. In the footage, the sedan appears to be parked for awhile with its headlights on. At one point, the suspect walks directly in front of it.

Until Friday, the sheriff’s office had described Irion’s missing status as “suspicious in nature.” The Associated Press learned Friday night that the department was now investigating the incident as a kidnapping.

“The FBI has changed their flyers to refer to it as a kidnapping,” Melissa Thomson, the LCSO’s dispatch shift supervisor, told the wire service.

According to the LCSO, several law enforcement agencies were “actively searching for Naomi” as of Friday afternoon.