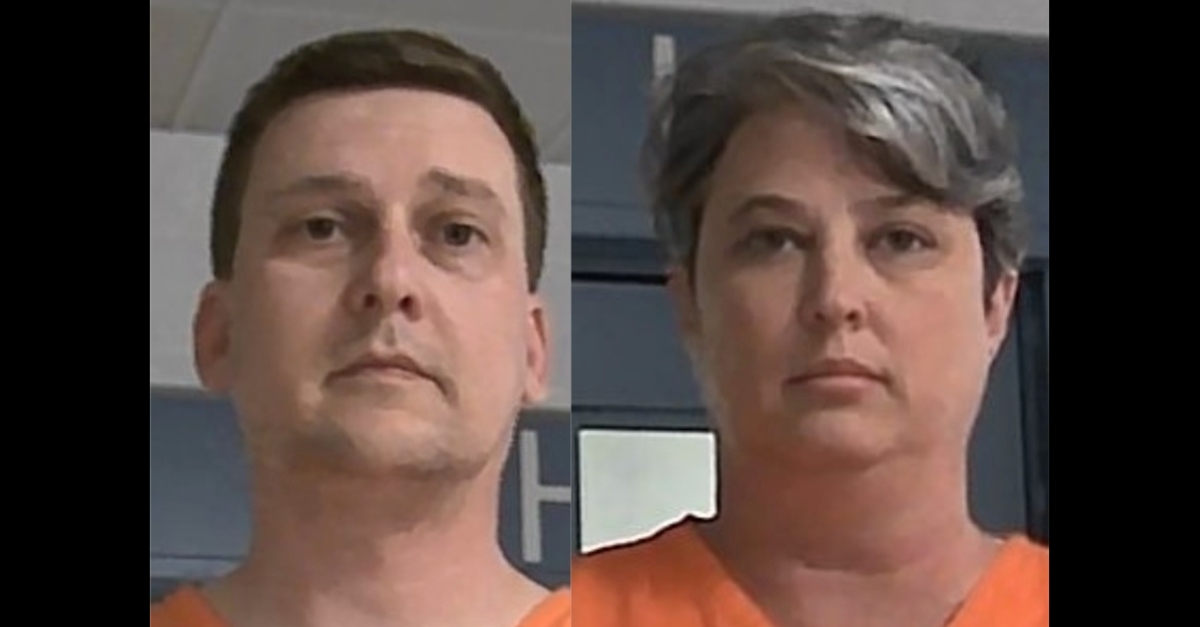 What a way to spend Valentine’s Day.

A Department of Navy engineer pleaded guilty on Monday to his botched attempt to sell nuclear submarine information to a “foreign power” — and threw his wife under the bus in the process.

Through his plea agreement, Maryland resident Jonathan Toebbe, 43, is implicating his co-defendant wife Diana Toebbe as being his lookout when he dropped off state secrets.

He denied at his hearing on Monday that he was pleading guilty to protect anyone.

“Are you pleading guilty to protect anyone?” “No, your honor.”

An attorney for Diana Toebbe did not immediately respond to a Law&Crime request for comment. Her case is pending.

In any event, prosecutors are treating Jonathan Toebbe as the lead defendant. According to his plea agreement, he would submit to a range of 151 to 210 months in prison for a count of conspiracy to communicate restricted data. In other words, he could spend at least 12 years and 7 months behind bars, all the way up to 17 years and 5 months.

In court documents, the defendant acknowledged working for the Department of the Navy as a nuclear engineer, assigned to the Naval Nuclear Propulsion Program, a.k.a. Naval Reactors.

Toebbe sent a package in April 2020 to a foreign country, which officials did not identify. On Feb. 10, 2021, he emailed a person he thought was an agent for this nation.

“Let us discuss how to proceed,” he wrote in part.

For months and weeks, he worked at sorting out pay and exchange details for the restricted data.

“[P]lease remember I am risking my life for your benefit and I have taken the first step,” he wrote last March 5, requesting $100,000 of cryptocurrency as payment.

Toebbe finally scheduled a dead drop for June 26. He put the data on an SD card, wrapped it in plastic and hid it between two slices of bread on half of a peanut butter sandwich, the plea agreement states.

“I hope your experts are very happy with the sample provided,” stated a message on the SD card, also saying, “I want our relationship to be very successful for us both.”

Jonathan Toebbe performed other dead drops in south-central Pennsylvania, and eastern Virginia, as well as one more in West Virginia, stated the plea agreement.

“During the charged period, Mr. Toebbe’s wife, Diana Toebbe, knowingly and voluntarily joined the conspiracy to communicate Restricted Data to another person with the intent to secure an advantage to a foreign nation and committed multiple overt acts in furtherance of the conspiracy, including acting as a lookout while Mr. Toebbe serviced three dead drops, as described below,” the plea agreement stated.

Authorities said Diana Toebbe acted as lookout on three dead drops — two in West Virginia, and a third in Pennsylvania.

“There is only one other person I know is aware of our special relationship, and I trust that person absolutely,” stated a message on a SD card hidden in a chewing gum package in Virginia. Jonathan Toebbe ostensibly wrote this, and it was in reference to his wife, authorities said. He had voiced an escape plan if necessary, with money and passports set aside if they needed to run.